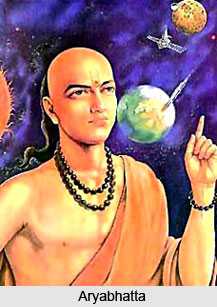 I write this with considerable impatience and one question. Do we really have the time to waste on controversies like what ancient India did or did not achieve by way of scientific discoveries? This is when there is the huge unfinished agenda to use the best of science to tackle current challenges and crises.

At the recently concluded annual ritual of the Indian Science Congress, the Union science and technology minister drew solace from the fact that ancient India had mathematical prowess—we gifted the Pythagoras theorem and algebra to the world. There is truth in this, no doubt. But this is about the past. At best, it tells us to be proud of our legacy. But what does it tell us about what needs to be done to innovate for our needs?

There is no doubt that Indian science is losing ground; every indicator shows this. The ranking of our top scientific educational institutions is consistently falling and our achievements are fewer by the day. Most importantly, Indian scientists are nowhere to be seen in the world you and I inhabit. This is when our modern world requires science to be integrated into every aspect of daily life.

This is also the problem I have with the current controversy about Vedic science—whether we flew aircraft or mastered plastic surgery is immaterial for modern India. What matters is ancient Indians understood the science and art of settlement planning, architecture and governance of natural resources. This is the history we need to learn because it tells us what we must do right. These are the real symbols of ancient India’s scientific prowess.

Take water, for instance. Traditionally, we built highly sophisticated systems, which varied to suit different ecosystems, for harvesting every drop of water. Archaeological excavations near Allahabad have found evidence of early Indian hydraulic engineering. Dating back to the end of 1st century BC, the Sringaverapura tank is a remarkable system to take the floodwater of Ganga into a set of desilting chambers, including water weirs, to clean the water for drinking. It can be a matter of belief that Lord Ram drank water from this tank. But it is a fact that the technological system is so evolved that it would put to shame all public works engineers of today’s India.

Dholavira, a settlement off the coast of Gujarat, dates back to the Indus Valley civilization. Archaeologists have found this desert city had built lakes to collect monsoon runoff, bunds and inlet channels to divert water, and intricate drainage system for storm water, drinking water and waste. Today, we cannot even build city roads that do not get flooded each monsoon, or protect lakes for storing rainwater.

Till the time the British came to India, the water traditions were in vogue. British gazettes speak of these systems, at times with awe, calling us a hydraulic society. Sir William Willocks, a British irrigation engineer, who was called in 1920 to advise the administration on how to handle famines, said the best answer was to go back to the ingenious system of flood management of Bengal. This was never done, of course.

Ancient Indians also understood the art of water governance. Kautilya’s Arthasastra, written around 300 BC, has details of how tanks and canals are to be built and managed. The key was to clarify the enabling role of the state—the king—and the management role of local communities. The kings did not have armies of public works engineers; they provided fiscal incentives to communities and individuals who built water systems. The British changed all this, by vesting the resource with the state and creating large bureaucracies for management.

The British rulers also changed the tax system; collection of revenue became paramount, even during droughts. There was little then to invest in community assets. The decline came quickly and was cemented by polices of independent India. This is the history of resource management we need to learn.

But if we must be proud of our water heritage and relearn its art and science, then we must also reject its ills—the focus on rituals and the evils of the caste system. We are such a dirty nation today—look at the untreated sewage in our rivers and garbage on our streets—because we come from a society where waste is an “untouchable” business. As long as we can live with the idea of manual scavenging—somebody from a “lower” caste will carry our excreta away—we will never get a clean India.

If we must glorify the past, we must be proud of our present. This is what we need to learn. Quickly. 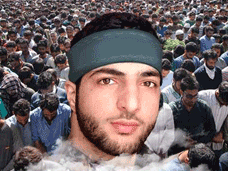