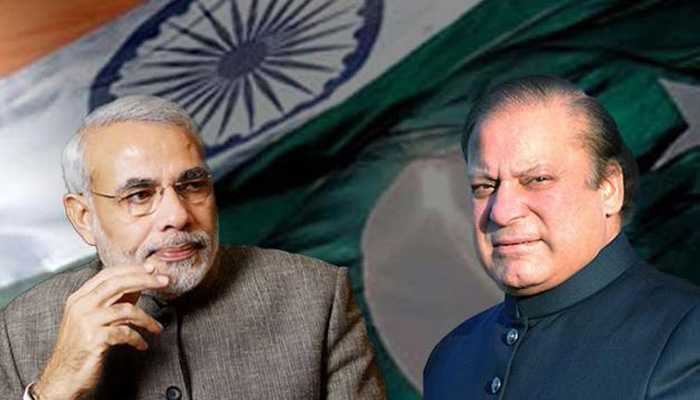 As a seasoned, mature political executive, Prime Minister Narendra Modi had cautioned his Ministers and top officials that in the midst of the current Central initiative to resolve the Kashmir tangle, Pakistan would behave deceitfully to scuttle the peace move, now that the rogue state is feverishly panicky and on back-foot following tough talking by India and its retributive, sharp stance on Balochistan.

Even as J&K CM Mehbooba Mufti met PM in Delhi on Saturday, satisfied that the Centre is now visibly serious to tackle the volatile situation in Kashmir, where 50-day unrest, culminating in widespread violence, had taken a heavy toll of lives, a greatly harrowed Pak Premier Nawaz Sharif went mischievous, appointing 22 parliamentarians as special envoys to major world capitals, “for fighting the Kashmir cause in different parts of the world.”. Clearly, Islamabad wants to see the Kashmir cauldron relentlessly boiling through its terror inroads and the toil of its traitorous henchmen sitting in the Valley, believing that by "effectively internationalizing" the Kashmir issue, it would push New Delhi to the wall. 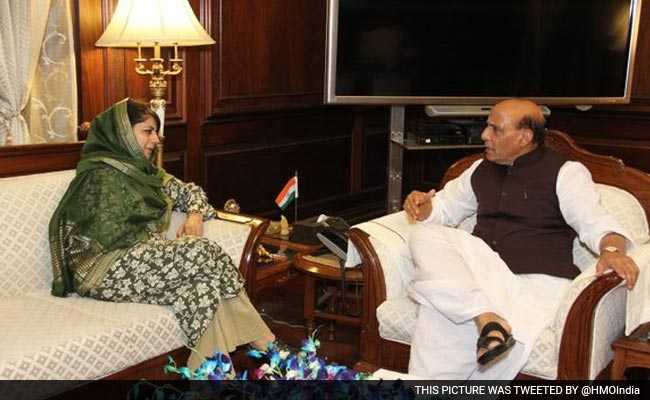 Well, the Pak Premier may build castles in the air, believing that his latest act of reckless imposition resorting to diplomatic pressure tactics will "shake the collective conscience of the international community" during his address at the United Nations next month.” But what mercifully is escaping his blurred vision is the world community's firm understanding that Pakistan has been involved in criminal violence and terrorism against India since 1947, supporting all this while terrorist activities in J&K. Pakistan is globally recognized as a rogue state with its terror acts hitting the world well past the Indian shores. It has grown into a breeding ground of dangerous terror outfits. It may sound incredible though, the fact is that Pakistan's home-grown extremists are turning against their own wily promoters and have killed more people in Pakistan in recent years than they have killed outside the country. Yet, the blinded Pak rulers have seldom seriously tried to wipe out this evil from their soil. Why ? The simple answer is : they build and rear them to shed blood in India in the hope to pressurize it into start bargaining on the eastern part of Kashmir. 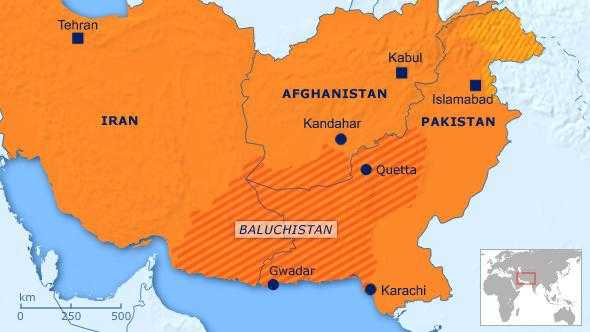 CM Mehbooba has slammed Pakistan and its separatist instigators for fuelling unrest in the Kashmir Valley, even callously pushing innocent children into street fighting. She stated, "while the UPA government had ignored the situation after the 2008 unrest, PM Modi is now trying seriously to resolve the situation." She praised PM and Home Minister Rajnath Singh for taking initiatives to start dialogue with Pakistan, but the latter seems hopelessly hell-bent on missing another opportunity towards a solution. Playing into the hands of his jingoistic army, ISI and rank terrorists like Hafiz Saeed and Zakiur Rehman Lakhvi, Sharif now proposes to "remind the UN of its long-held promise of self-determination for the Kashmiri people." Is it, then, so much difficult for all of them to understand that Kashmir became, for all times, an integral part of India through the Instrument of Accession under the provisions of the Indian Independence Act 1947, which was "absolute" and beyond the purview of any outside intervention? The UN can intercede only in the case of Pak-occupied Kashmir that needs a dialogue to facilitate its return to this country.

The prolonged exploitation and torture of the people in PoK can't be allowed to continue any longer. A territory occupied during war must stay a foreign land in the present-day civilized world. Even the UN conventions testify that such captured areas must be returned to the owner-countries after resolution of the standing disputes through discussions bilaterally or through the help of the world body. There are serious issues of state-sponsored human rights violations in Gilgit-Baltistan, PoK, as well as in Balochistan. Has the UN done anything worthwhile, even as Islamabad continues to persistently violate the international convention by allowing China to provocatively take up massive strategic projects in an occupied territory that belongs to India? Or, to the sufferings of the people in Kashmir and rest of India who have long borne the brunt of Pak-unleashed bloodbath for decades, resulting in loss of lives of thousands of innocent people? 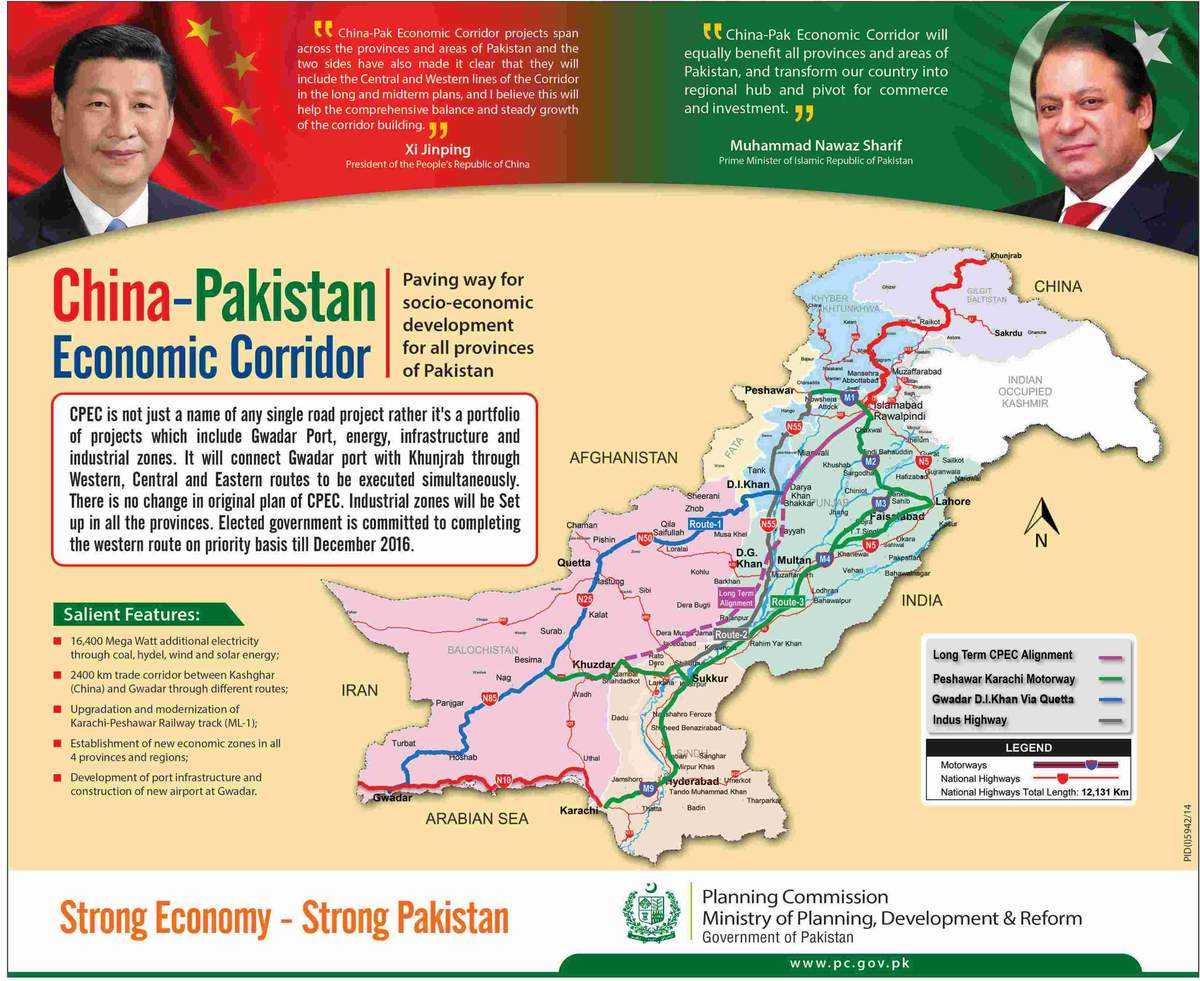 While Beijing objects to New Delhi’s oil exploration in the South China Sea on the alibi that it is a “disputed” area, it recklessly justifies its economic corridor running through the Pak-occupied Kashmir on a strange, untenable logic of this highly provocative initiative being a “livelihood project”. China's growing interest and material involvement in the illegally Pak-occupied Indian region, despite India's strong protests, have come as strong morale boosters for Islamabad. However, it will be impossible for India to lose interest in PoK, even if heavy international pressure is built on it one day for forgetting this region in lieu of the Kashmir area presently held by it.

The strategic importance of PoK becomes much of national interest, first because of the Karakoram Highway that was built to connect Pakistan with China through this occupied territory. This apart, India can't write it off because of its strategic location: its contiguity to a perennially hostile Pakistan, China's Xinjiang province that lies to the north and the Wakhan Corridor of Afghanistan and Tajikistan, located to the west. And then, PoK stands also as a gateway to Central Asian states, something that brings China to find great trade opportunities through its highly ambitious economic corridor that links Xinjiang to the Pak port of Gwadar. India has been protesting against the Sino-Pak axis expanding the Karakoram Highway and illegally building a large railway link through this occupied region. New Delhi remains badly traumatized by the $46 billion China-Pakistan Economic Corridor that will also pass through this area.

In fact, the UN has not done much on the Kashmir issue, other than occasionally urging the two warring sides to come to the negotiating table. It moved a bit seriously in 1998, after both the countries staged nuclear weapons tests, but nothing emerged out of that lack-lustre initiative. As present, the political relationship between India and Pakistan has turned dangerously toxic. The UN can play the role only of a neutral mediator today. Even the US once sought to do a little, but failed. As of today, no country looks credible enough to play the role of an effective mediator in the Indo-Pak dispute. In the present situation, if Pakistan believes that the UN will potentially utilize its authority to its advantage, it's living in a fool's paradise.

Investing the labours of its 22 MPs in major world capitals with the intent to give any manner of shock treatment to New Delhi is bound to end up as another quixotic exercise in futility. Pakistan must know India is strong enough not to be taken for a ride by every Tom, Dick and Harry. The only thing is as a peace-loving county, it’s trying hard to avoid another round of bloodshed in a war for recapturing PoK that may turn out to be highly destructive, where China may indirectly step in. Both India and Pakistan are nuclear-powered states. PM Modi believes a peaceful solution through dialogue is still possible. War savagery needs to be ruled out in the interest of peace and prosperity of the region!