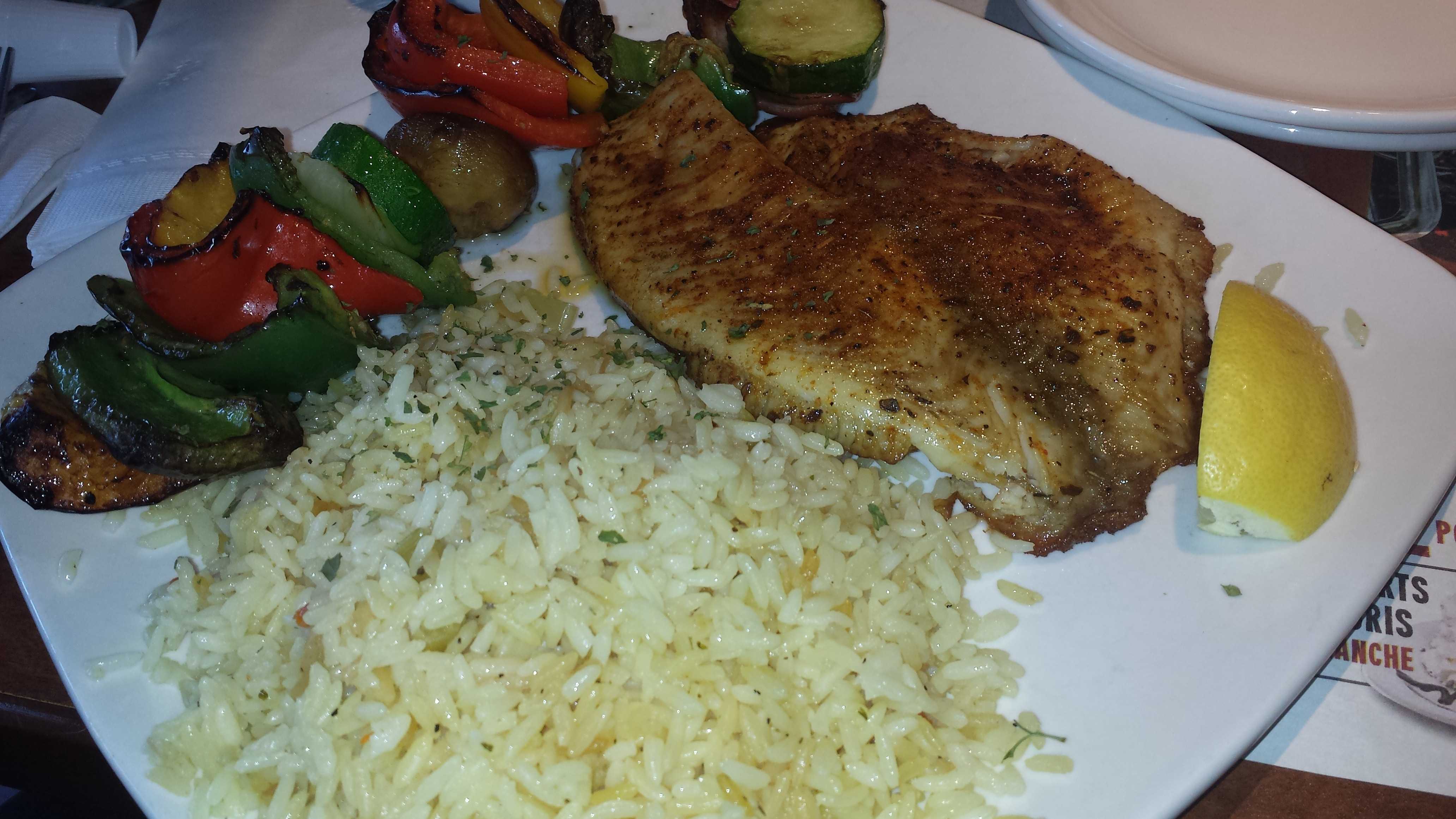 The eye-catching name of the restaurant located at Taschereau Blvd. Brossard, Quebec is not related in any way to that famous blonde doll – isn’t enough to draw you in from the street, but the tantalizing “grilled” whiff coming from within… it is too much to resist.

The ambience is nothing to be excited about – typical layout of a very casual steakhouse and diner hybrid – complete with indoor or outdoor seating.  The staff sport t-shirts with personalized mottos on the back which indicates a more laid back atmosphere and easy going servers (we hoped). 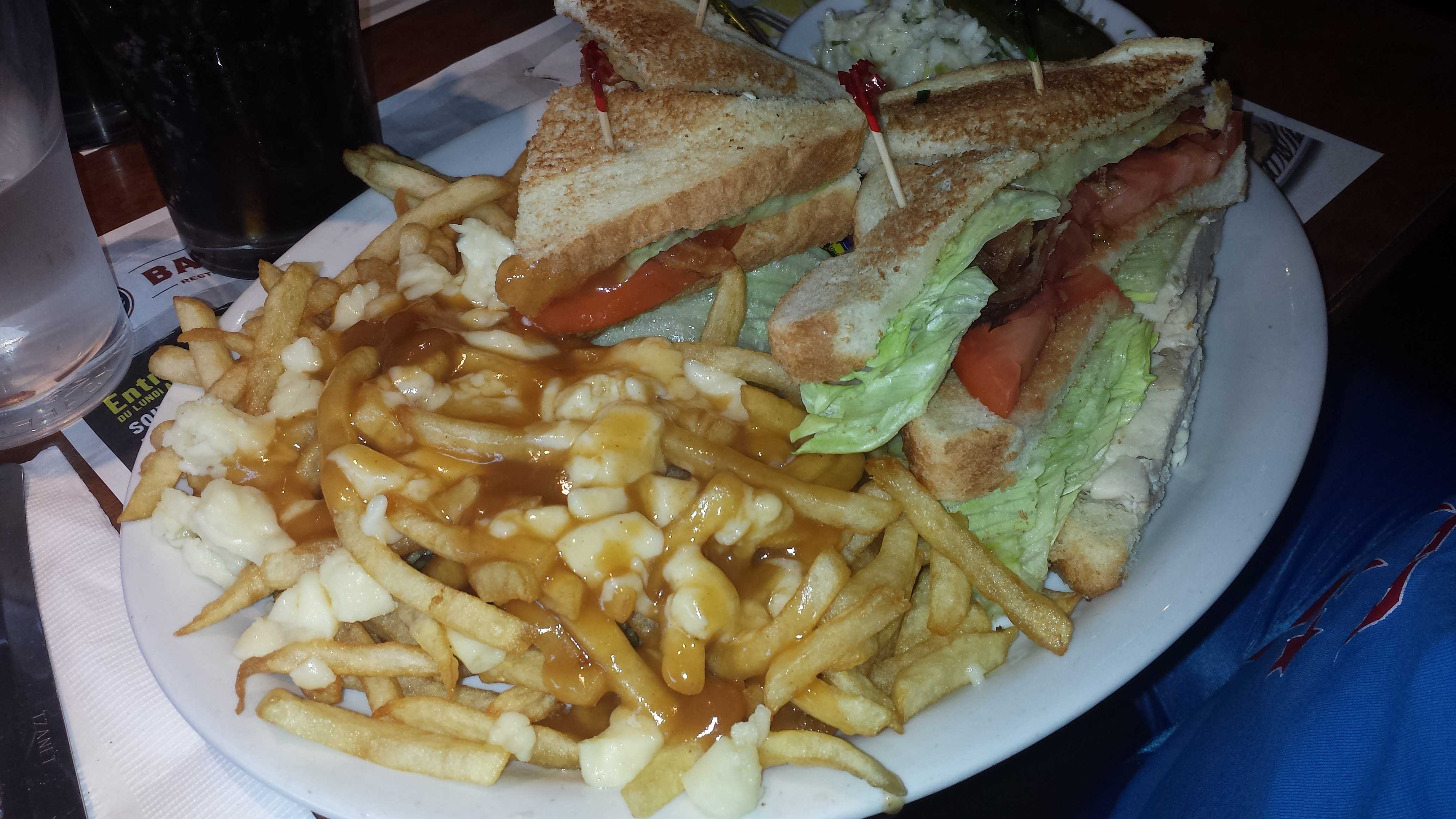 Now while we were seated right away and provided with menus, it did take a while for our water, even though the restaurant was not busy as we arrived before the supper rush.  We were not advised of any specials of the day either, though we found them inserted in ¾ of our menus.  Admittedly, Barbie’s offers a vast number of selections for lunch and dinner including salads and burgers to pasta and pizza as well as many grilled platters (chicken, steak and seafood).  We (party of four including two children) were, however, somewhat disappointed at the children’s menu – with about forty adult choices, there were FOUR kids’ options: mac & cheese, pizza, spaghetti, and chicken nuggets.

We put in our orders after a good five minutes of perusing our menus: children’s mac & cheese – which included the drink and dessert for nine dollars, the chicken wings platter with coleslaw and fries for fourteen dollars, the club sandwich platter with poutine and coleslaw for fifteen dollars, and off of the table d’hote menu – Cajun fried tilapia with rice and vegetables which included the soup of the day (vegetable today) and coffee for thirteen dollars.

Our drinks arrived about five minutes later as well as the soup.  The portion of the vegetable soup was fine…the temperature, however, was not and can only be defined as lukewarm at best.  The coffee was no closer to hot either – and very weak to boot.  Another fifteen minutes later, three of the four dishes hit the table, the last of which being the children’s mac & cheese for the youngest diner at the table – several minutes later – NOT impressive, but at least there were profuse apologies for the infraction.  The strong parmesan flavour in the dish was too overwhelming for this young, finicky diner, but quite tasty for the rest of us older diners.  The chicken wings were not spicy, but had a nice smokiness to them, quite enjoyable for those who appreciate the distinction. 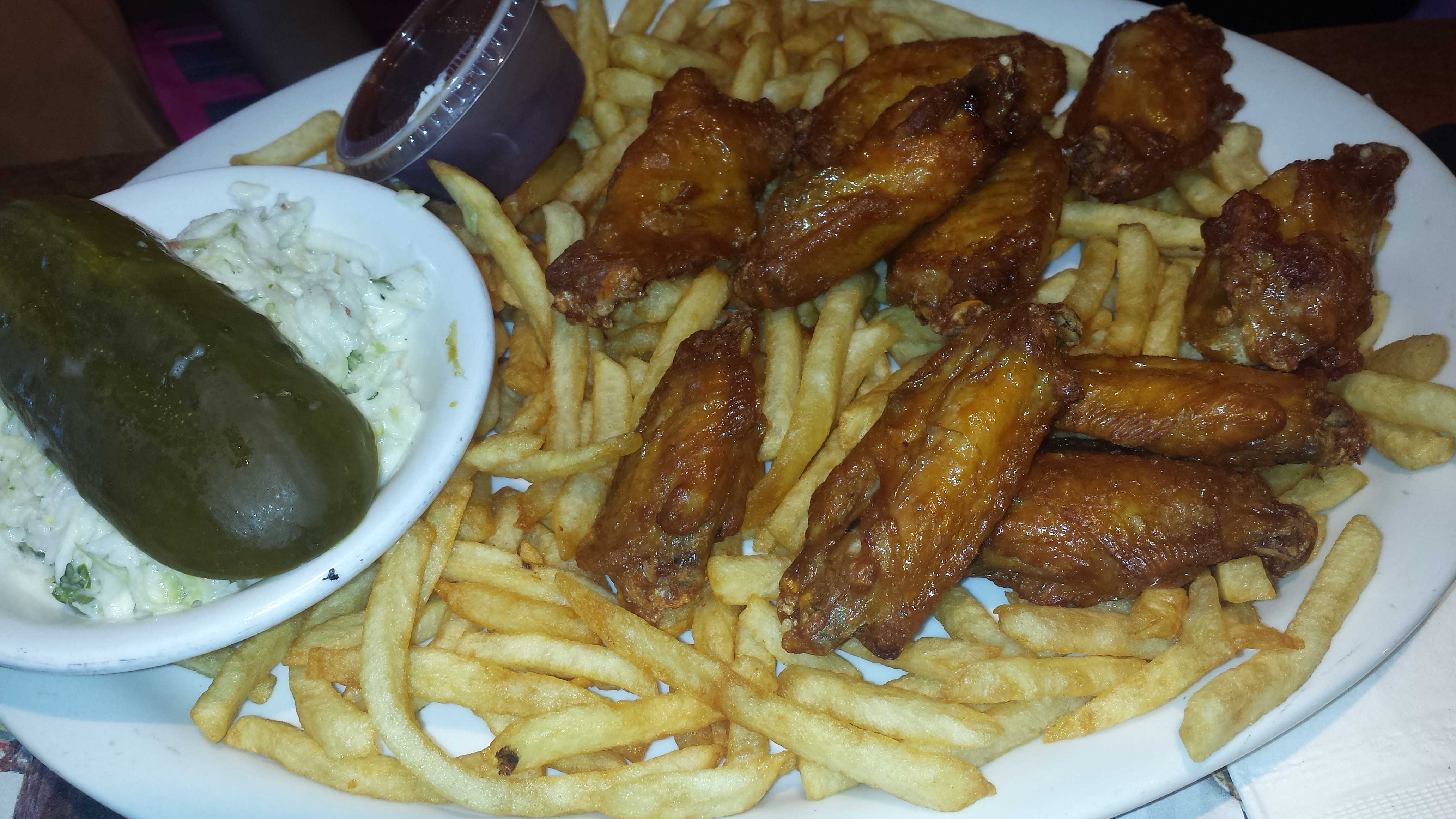 All Photos by the author; Copyright: Right Impact Media Inc. 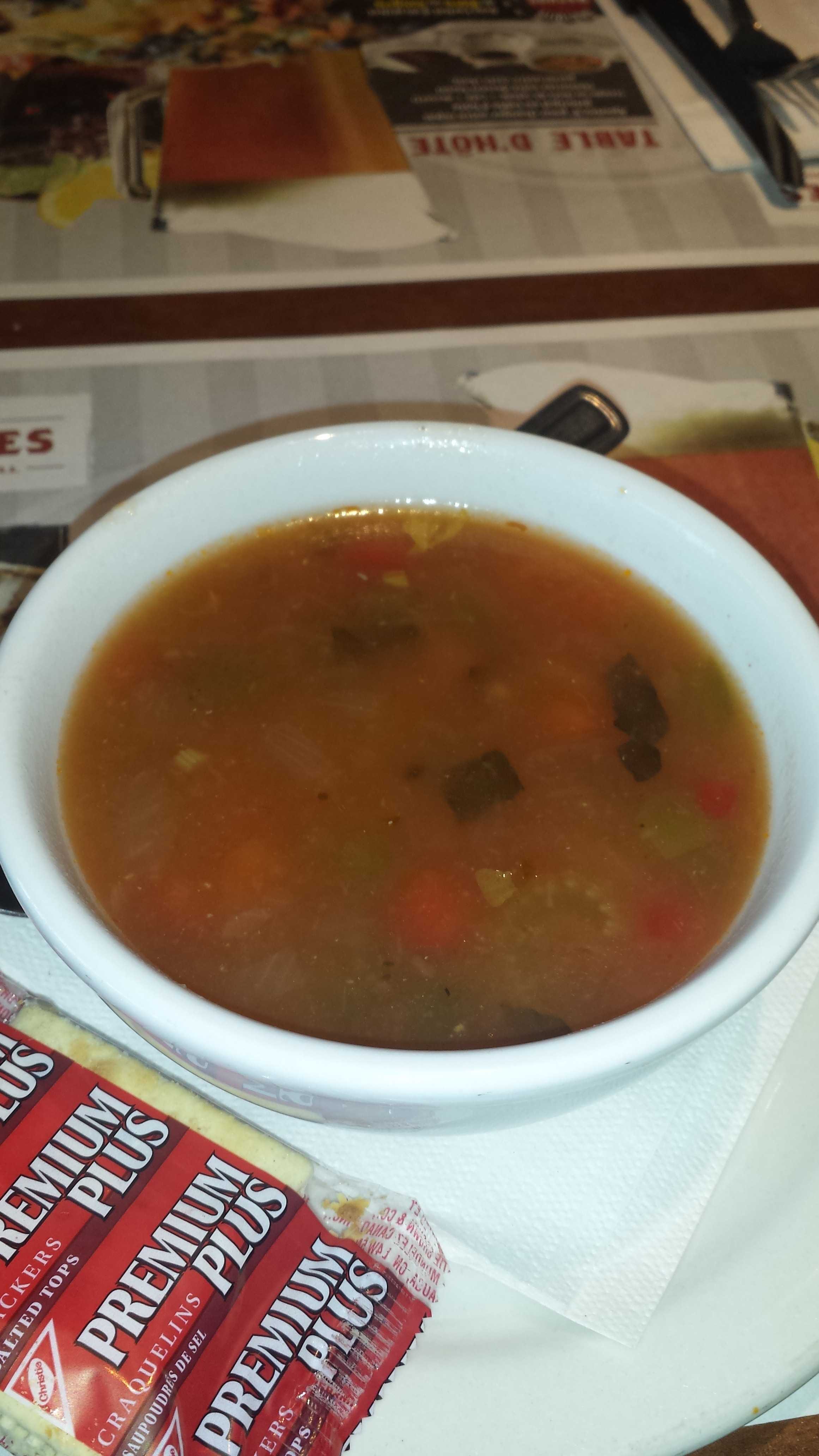 The club sandwich wads what would typically be served and seemed to be a rather generous platter.  There were huge, thick slices of juicy chicken and perfectly crisped bacon – but nothing exciting about the regular mayonnaise spread in the sandwich.  The poutine, though not lacking in taste, was predictable and uninspiring.

The Cajun tilapia was surprisingly appealing and well-seasoned, even giving off some heat in the after taste.  The grilled, brochette-style vegetables, although slightly undercooked, were a wonderful companion to the not-so-bland rice side.  This dish was more appreciated by the youngest diner than the mac & cheese option – maybe there should be a smaller portion available to children to expand that part of the menu…

In any case, we did not have the appetite for dessert following our meals, but there were pretty decent items on the dessert cart – strawberry cheesecake, decadent chocolate cake and ice cream seemed to be the most popular…maybe next time?  Or not…       **1/2 out of *****