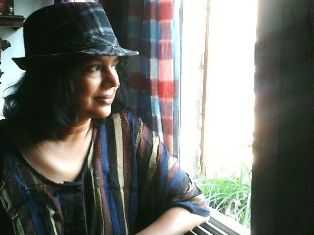 DEATH OF A GIANT DIRECTOR

Bernardo Bertolucci, the Italian director just passed away last week creating a void in the field of cinema.Very few know that he was a famous poet. He started his career as an assistant director with Pier Paolo Pasolini in the film Accattone (1961). He considered Jean Luc Godard as his Guru. His films are best known for their colorful visual style and fluid camerawork.

When one thinks of films under the fascist regime then few films come to one’s mind like IstvanSzabo’s "Mephisto" (Germany), Bertolucci’s "The Conformist" (Italy) and Florian Henckel’s "The Lives of Others" (Germany).

His film The Conformist (1970) is set in late ’30s Italy. After a childhood sexual experience (that ends in murder), Marcello Clerici (a layered performance by Jean-Louis Trintignant) becomes a radical centrist. He marries a petit bourgeois Giulia and voluntarily becomes a fascist agent. His first assignment is to track down his former Professor Quadri, who defected to France and has been organizing anti-fascist activities. Marcello travels to Paris for his honeymoon to carry out this mission, but is attracted by the professor’s beautiful wife, Ana. She criticizes his values, but is unable to influence him. There is a fabulous dance sequence of Marcello, Guilia , Prof Quadri and Ana dancing where Marcello is encircled by the dancers.  Marcello’s espionage fails to alter the course of fascist Italy. The film ends on the eve of Mussolini’s resignation, just as he discovers that his conformity is false. The film boasts of fluid camerawork and brilliant color palette to suit the 1930s Italy and France by the Italian cinematographer Vittorio Storaro who went on to work with Francis Ford Coppola in his film Apocalypse Now. The story of the film unfolds through series of flashbacks,which later influenced directors like Scorsese, Spielberg and Coppola.

Bertolucci’s Last Tango In Paris has one of Brando's great acting performances, rather, it may  be his best work.  Bertolucci gives the greatest actor of our time enough freedom to bring out his best in a role that is constricting and could have been lost in narcissism.

But I would say Bertolucci’s best work, till date is undoubtedly The Last Emperor. Its about the young Pu Yi who is crowned as the king of China at the age of two years and ten months. Puyi's introduction to the life of an emperor began when palace officials arrived at his family residence to take him. On the evening of 13 November 1908, without any advance notice, a procession of eunuchs and guardsmen led by the palace chamberlain went to the Northern Mansion to inform Prince Chun that they were taking away his three-year-old son Puyi to be the new emperor.

Bertolucci is aided by a strong performance by John Lone as the adult Pu Yi as well as by the composer Ryuichi Sakamoto, the costume designer, the art director and most notably the cinematographer Vittorio Storaro. It has few magical moments such as the veil that shield the emperor from the real world and suggest his separation from modern times and when he is separated from his wet nurse to make the film a powerful visual experience.