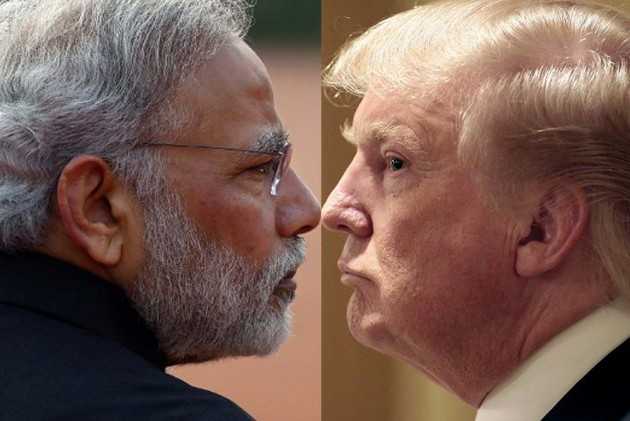 It is ironical that Donald Trump, who had once blared from the rostrums,  “Abki Baar Trump Sarkar” (this time Trump's Government), copying Modi’s tagline, and had registered in the process 100 pc support of the Indian diaspora in his election days, is now merrily launching his stinging broadsides against India. Apparently, sitting in the Oval office he has lost his Presidential balance, choosing to pick and attack a friendly India of all the global entities that he has on his target of hate and retribution. His latest outburst against India, far distant from reality, is patently the product of an imbecile, unsettled mind. Trump's refrain for "jobs, jobs, jobs for Americans" seems to be taking a toll of his foresight and serious thinking faculties.

It is hoped that as the first American citizen Trump knows how much contribution the brightest of Indian brains have made towards his country's development, growth and prosperity. The American economy markedly growing and the country becoming a superpower can be convincingly attributed to Washington's unreserved, open policy of encouraging immigration which gradually brought Indians into its centre-stage. Immigrants from all over the world, including those from India, did all the wonders for America that it is today.

If Trump has chosen to pull the US out of the historic Paris Climate Agreement for his own reasons, let him do so. Whether this accord is good or bad for the US, it is for the Americans to evaluate, but Trump is not even remotely eligible to assert that it is "unfairly advantageous to India and China," for it's not a bilateral pact, it's a multi-lateral agreement signed by 174 countries, beside the European Union. That is why Trump’s announcement has drawn prompt censure, anger and invectives from world leaders and industry honchos. India is specially irked as Prime Minister Narendra Modi is scheduled to visit the US later this month. 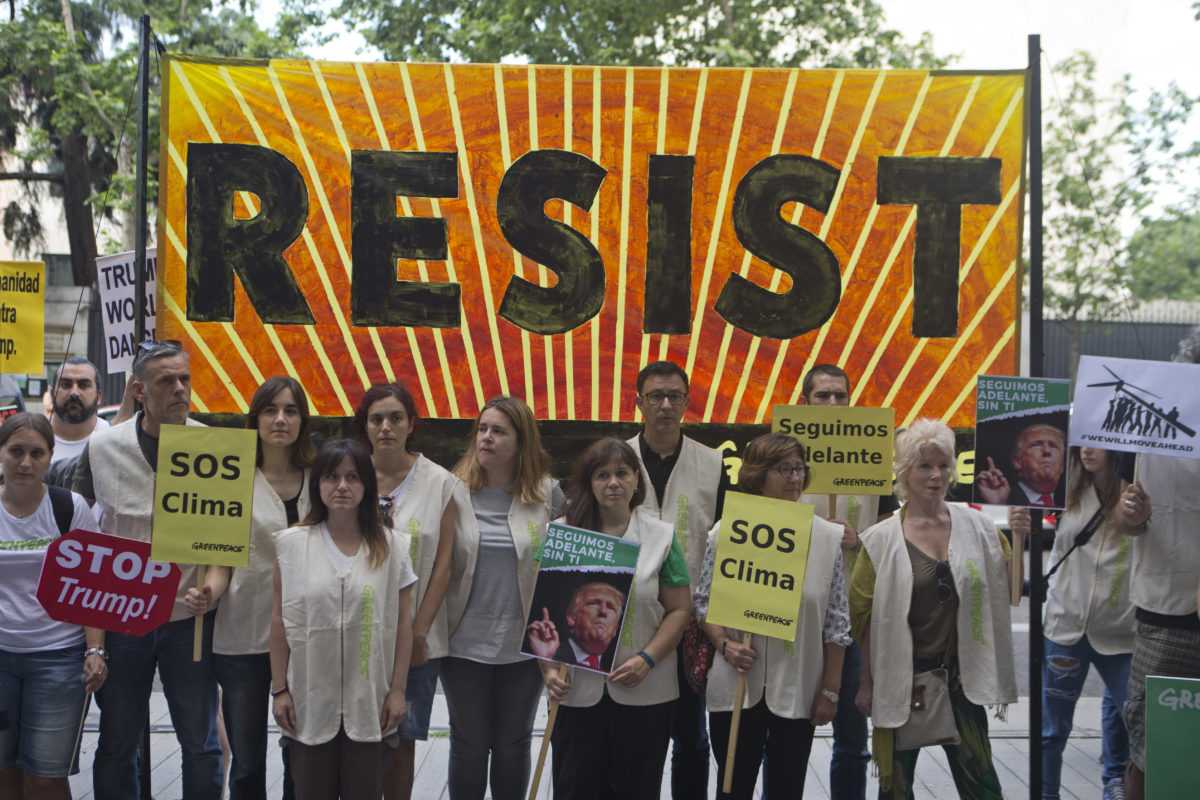 Modi is, however, not worried as climate change is not a topic of discussion with the US administration. However, India is rightly focused on its ambitious emissions mitigation targets and, hopefully, may even surpass them. He told an economic forum in St. Petersburg in Russia that India was committed to the Paris accord irrespective of the course chosen by other countries. He quoted the Vedas to bring home the point that "harming the environment is a crime and milking nature is the right of the humans." Earlier, the PM had told an audience in Germany, before the US decision was made public, that “Paris or no Paris, it is our conviction to protect the environment. We have no right to snatch from our future generation their right to have a clean and beautiful earth.” Thus, India remains committed to the Paris Climate  Agreement—with or without the United States. 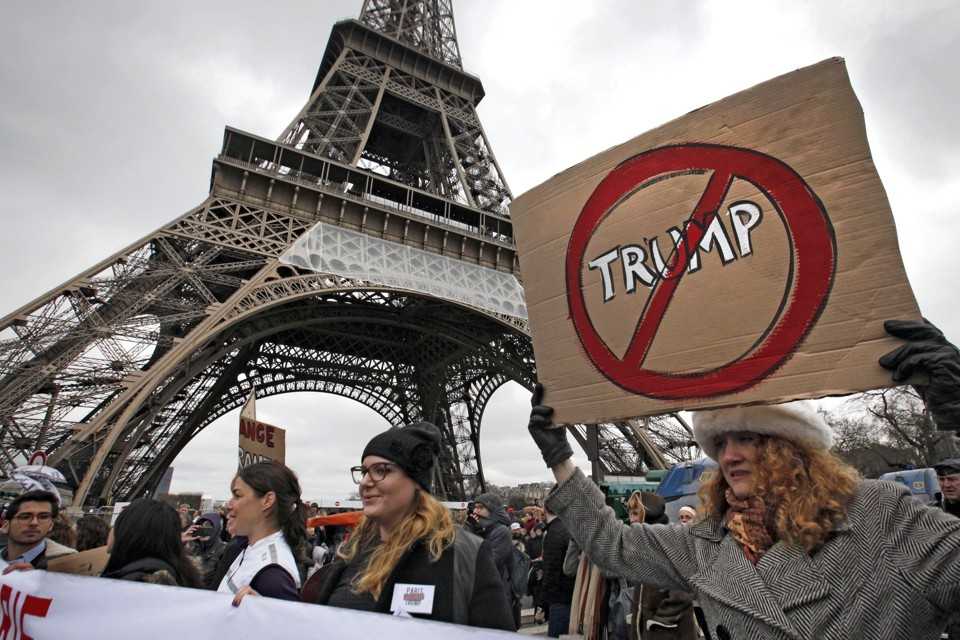 However, Trump's fierce verbal attack has shocked India, especially his insinuation that “India makes its participation (in the accord) contingent on receiving billions and billions and billions of dollars in foreign aid from developed countries,” has left New Delhi looking for words to hit back. India’s long-standing position on climate change, which the developing countries widely shared, prompted Trump to castigate India for its stance that the "developed nations must shoulder a larger share of the blame for global warming." He had once even said that "global warming is a hoax perpetrated by Beijing" and singled out India and China as reasons for the US withdrawing from the climate change agreement.

When Trump makes sweeping statements, he forgets what he is speaking and what repercussions will they carry. As US President, Trump must know that total foreign aid to India in 2015 was around $100 million which is being further reduced to $34 million in 2018. Perhaps, Trump will feel dwarfed in carrying his aspersion forward if suitably reminded that India buys $100 million worth of California almonds alone every year. And the $billions worth of armaments that India purchases from the US and thousands of exceptionally brilliant Indians who sustain American economy, business and the rest of its wherewithal, are now the prerogatives of this superpower which Trump seems to be ignoring in his rashness to throw his tantrums on a country that still considers the US its friend. An estimate suggests that Trump's 'American jobs for Americans' will remain a distant dream at least for the next 20 years, if the tempo and growth patterns of US educational institutes remain what they are today vis-a-vis the merit quotients of the American students.

Now, the position is that while Trump wants the climate pact "renegotiated" or at least a “new transaction entered into", India and China are not willing to discuss the subject at all. Not only that, China is even set to take a leadership position with the European Union to go ahead with the deal. While France, Germany and Italy stay firm that the deal cannot be renegotiated, other countries look sincerely committed to carbon reduction. The European leaders want their allies to speed up efforts to combat climate change and also help the developing countries to do all the needful. Their joint reaction suggests they don't bother much about how Trump takes world view on major issues, the lone exception, ofcourse, being terrorism.

Flowing in the same stream, German Chancellor Angela Merkel, French President Emmanuel Macron and Italian Prime Minister Paolo Gentiloni, state that "we deem the momentum generated in Paris in December 2015 irreversible and we firmly believe that the Paris Agreement cannot be renegotiated, since it is a vital instrument for our planet, societies and economies.” Merkel called Trump immediately after he announced the pull-out resolve, to personally express her regret at his decision.

It is widely believed that while Trump’s decision may not affect whether nations choose to remain in the Paris Agreement, it could affect whether signatories are held accountable. By resorting to such a rash decision, Trump appears losing larger stakes at the world fora. In the absence of US monitoring, nations may not transparently report their greenhouse gas emissions. Experts argue that Trump’s decision could weaken the authority of the US on the global stage. Nicholas Burns, an official for the Bush administration, told a newspaper : “From a foreign policy perspective, it’s a colossal mistake—an abdication of American leadership...I can’t think of anything more destructive to our credibility than this."

The Vatican sees the US pullout as a “huge slap in the face” for the Pope and a “disaster for everyone.” Environmentalists describe the decision as a “hugely disappointing” mistake. Youth groups accuse Trump of "jeopardizing their future." Thus, at one stroke of uncontrolled frenzy, Trump loses world leadership and brings a giant slur to America, for whose benefit, only Trump knows! 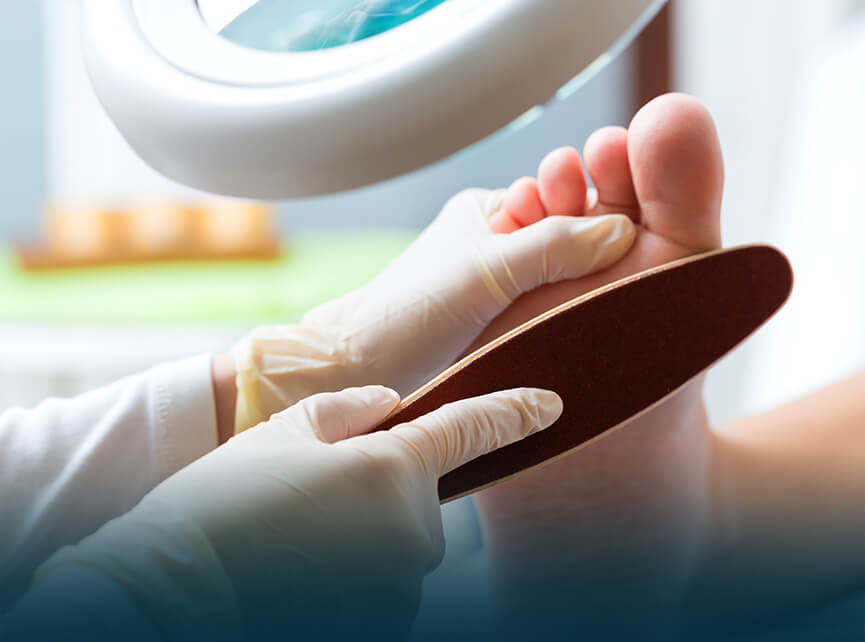