Oct 20, 2013: Chefs have been appreciated and have earned global reputation for their cuisines/recipes and have won the adulation by connoisseurs since ages. Every year on October 20th the World Association of Chefs Societies commonly known as WACS, celebrates International Chefs Day to pay tribute to this noble profession. 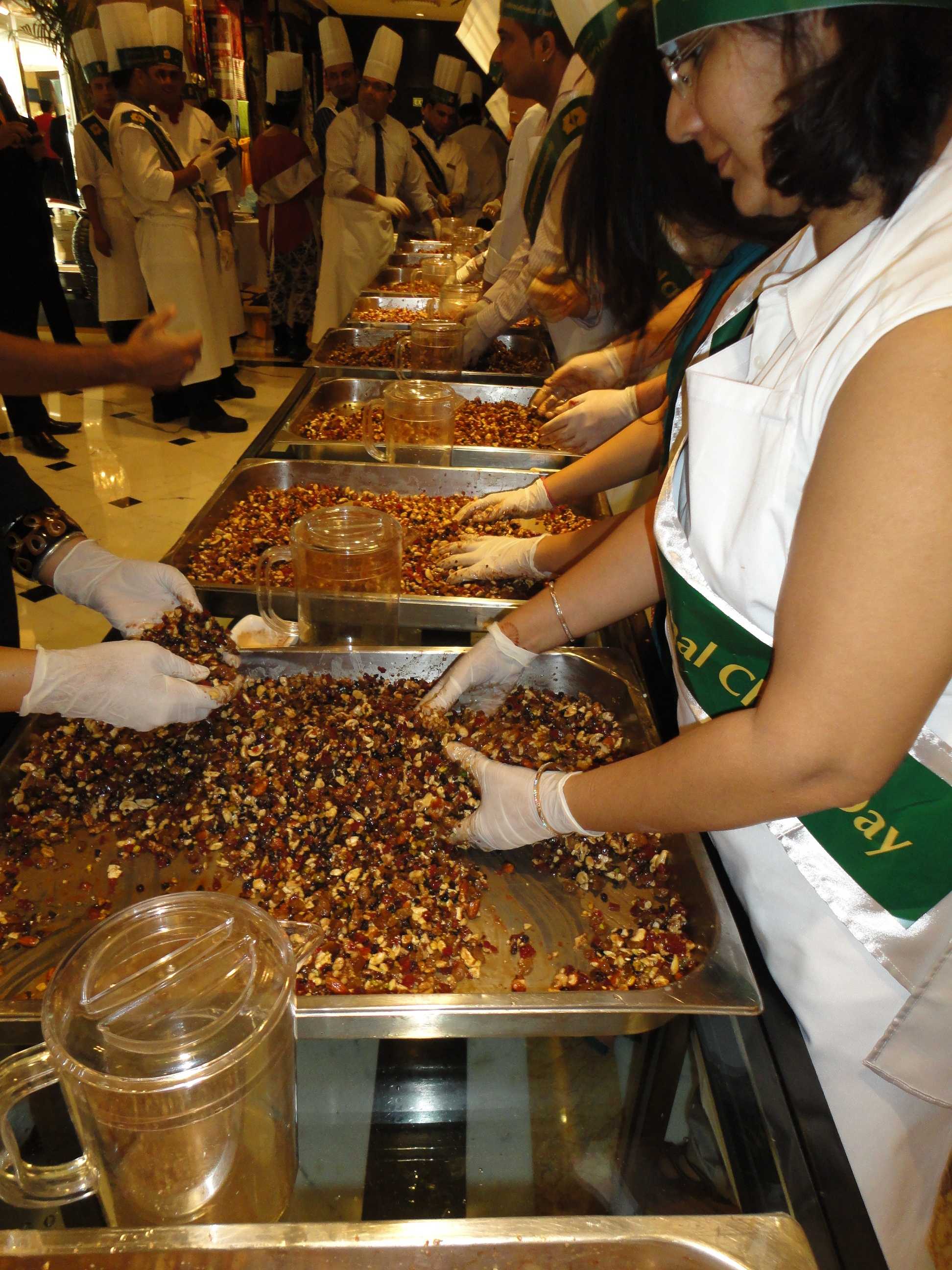 They are largely responsible for leading the way in using ingredients sensibly and responsibly. On this day, the world upholds their culinary spirit and their art of crafting magic for our palate. 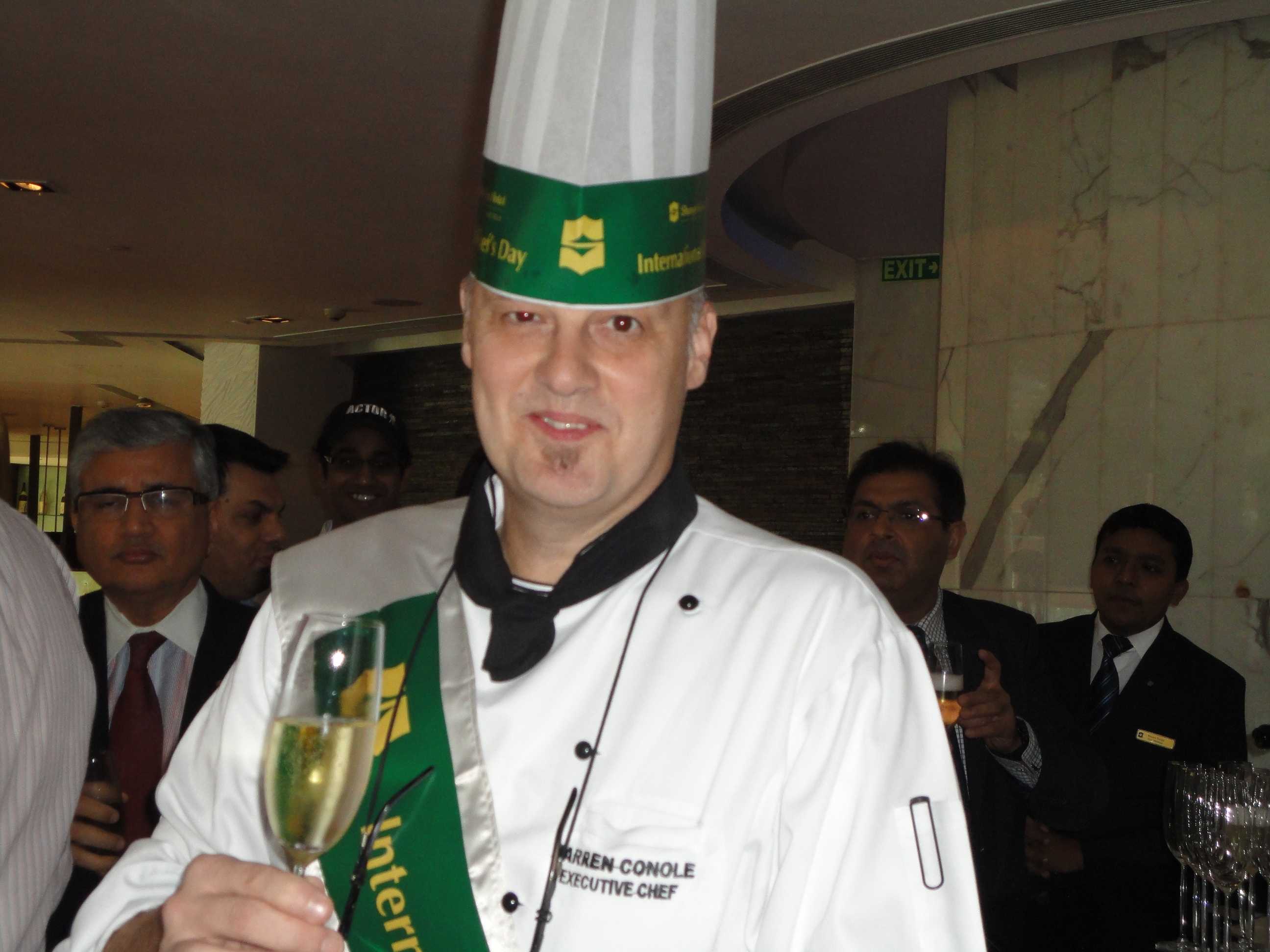 It’s not yet Christmas, but the magical aroma of Cake Mixing Ceremony in the lobby at Shangri-La’s - Eros Hotel, New Delhi brought alive the rich baking tradition. Under the helm of Executive Chef Darren Conole, the 9th International Chef’s Day was celebrated. 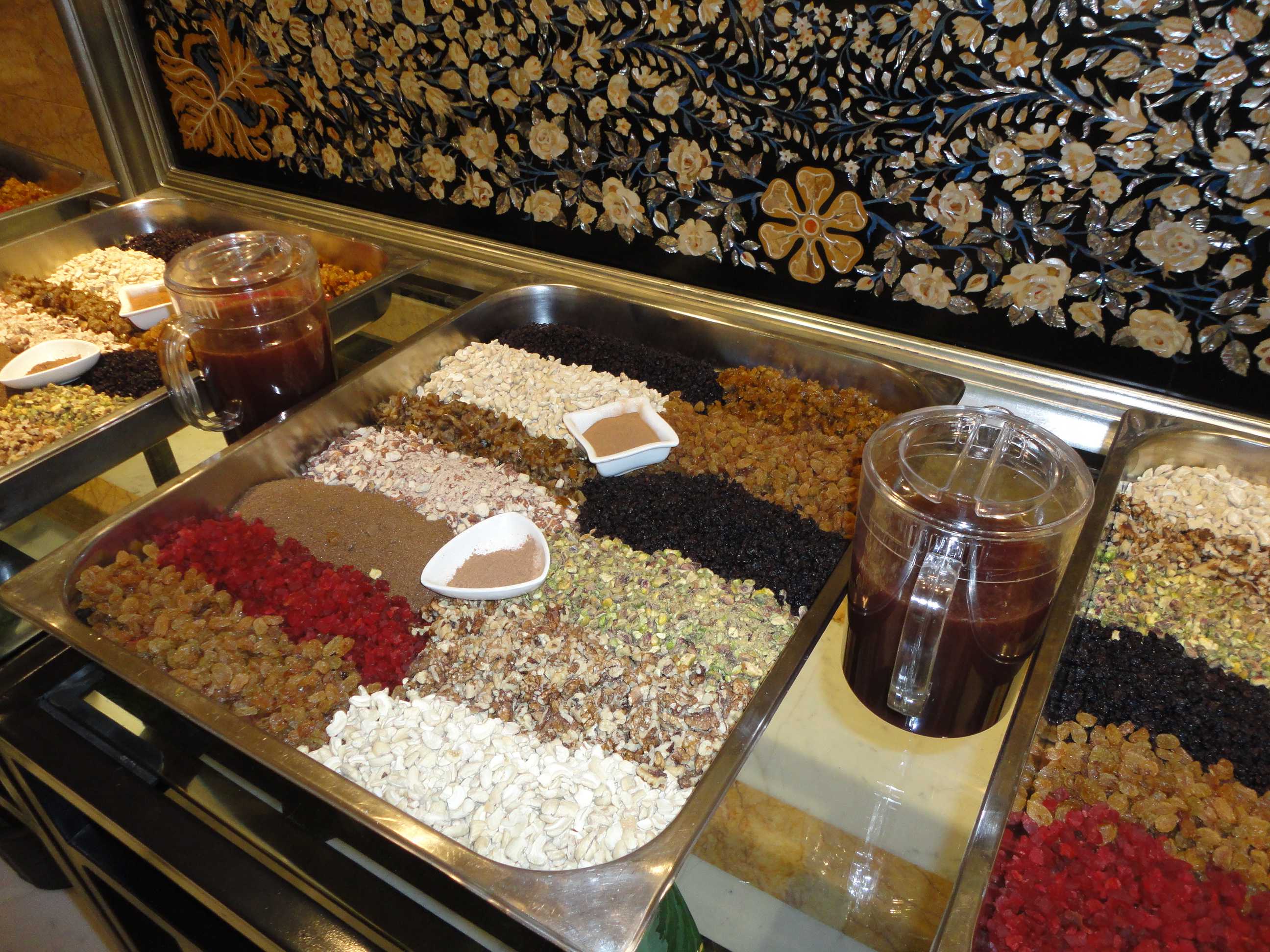 The fnbworld was overjoyed to have been a part of the Cake Mixing Ceremony. The special ingredients were part of the creativity by French Pastry Chef Cedric Houze who has recently joined this hotel. The delectable event included an interesting array of 190 kg of fruits including raisins, glazed red cherries, orange peel, tutti frutti, black currants, dates, figs, dry ginger dried apricots, figs, prunes and such nuts as walnuts, cashew, almond flakes and pistachio, in addition to such spices as ground cardamom, cinnamon and cloves that were poured into a massive cauldron.

Soon, the mixing reached a spirited level when endless bottles of liquors, including whisky, white and dark rum, vodka, gin, wine, beer and such syrups as golden syrup, molasses, honey and vanilla essence were added. The wonderful aroma lingered for a long time after we left the venue.

Later on, the mixture was placed in airtight bags and left to mature until around Christmas, when it will be blended with the cake batter and baked. Over the years, cake mixing has become a ritual and is an occasion that the connoisseurs and bakers look forward to.  It was the perfect event for honing the cake mixing skills just before the beginning of festive season.