ANOTHER 'BRICS' IN THE WALL! 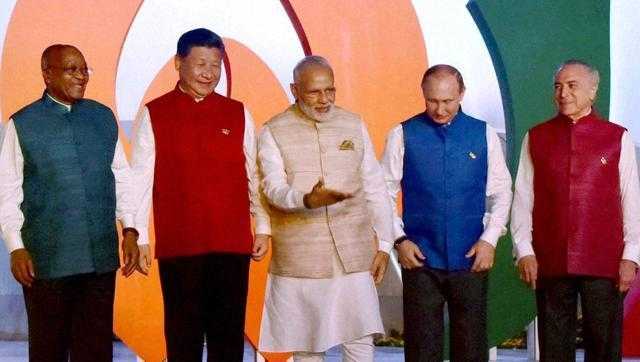 China is merrily playing spoilsport as the world watches with dismay the inscrutable ways of the dragon that feigns it stands to "give joint fight to terror,” but steadily squirms while getting to the brass tacks, in an attempt to shield its protégé, Pakistan. Even as the Goa Declaration claims "unanimity" on the need to comprehensively combat terror and takes the position that no country should allow is territory to be used for terrorist activities, China surprisingly stands guard on the side of Pakistan. Not only that, China even manages to block any reference to Pak terror, ghastly attack on Uri army base, or even to the notorious jihadi outfits, Jaish-e Muhammed, Lashkar-e-Taiba and other jihadi groups, that the Islamic state nurtures, shelters and sponsors, in defiance of the repeated raps it has got from UN and the world's major powers, with the exception of China and several Middle East Muslim countries. PM Narendra Modi's relentless focus on cross-border terrorism, earlier at Hangzhou and Laos and now in Goa, were callously rendered infructuous, with a stroke of Chinese pen.

When Chinese President Xi Jinping said It was imperative to seriously work on "regional hotspots" and find a political solution, his articulation was clearly meant to take on India, obliquely asking it to resolve the Kashmir dispute through a "political dialogue." Indirectly, he also meant that Pak was rightly mounting terror attacks on Indian locations because the latter was not coming on board to discuss  the Kashmir imbroglio. Official Chinese reports even omitted reference to any serious discussion on "counter-terrorism" which indeed formed the core of BRICS summit deliberations. It is strange that the Declaration failed to mention also cross-border terrorism, which directly exposes and nails Islamabad as a culprit, since China clearly wielded control over the summit's outcome as no one, including Russia's strongman Vladimir Putin, chose to counter the dragon's influence, in view of his own compulsions that perhaps kept him unduly sweet and compromising to China. 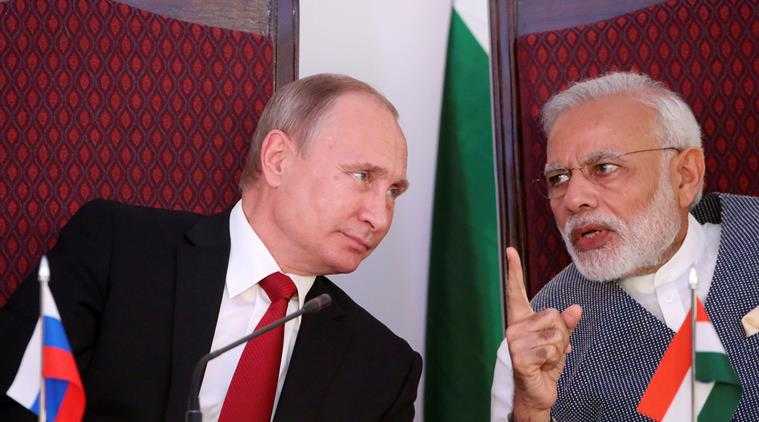 So, in the final analysis, the much-trumpeted unity of BRICS "sensible, well-meaning community" against terrorist threat patently looks a farce. All big-ticket defence deals with Russia, that include purchase of missile systems, frigates and joint production of helicopters, or vital strategic defence pacts inked with the US earlier, covering India's security concerns, carry little import for this country if these powers ultimately present themselves as timid, helpless entities against Beijing, one that is allergic to New Delhi's growth in economy and muscle power. This only means these advanced, industrialized countries are selling to India military ware merely as big business deals. So what, they are doing the same to Pakistan or any other country in the world. Where is the impact of US-USSR warnings to Pakistan? Putin may have pledged "full support to old friend India in the areas of defense and bilateral trade," but is the revival of old warmth with Moscow visible anywhere? It's all shallow talking if they can't isolate Pakistan and halt its proxy war against a peace-loving country.

The message seems to be clear: If all-out war breaks out between India and Pakistan, no one will come to India's aid, even though US, USSR, the whole of South Asia, BRICS nations, minus China, all entities around South-China Sea, are with India. In that event, only China will stand solidly behind Pakistan. Reasons are simple : China has massive stakes in Pakistan, from game-changer CPEC to the presence of massive Chinese infrastructure in PoK and beyond. It has more or less been given out by Beijing that it considers PoK practically Pak territory, now or any time later. Else, the dragon would not have taken mind-boggling stakes in this illegally occupied Indian territory. On their part, both Washington and Moscow are not concerned if PoK stays with Islamabad or goes to New Delhi. Although both of them are also gravely afflicted by terror and want jihadis screwed everywhere globally, but the fire-spitting dragon halts them at a distance. They may have big defence deals with this country, but they hate getting embroiled in any major conflict or controversy in this reason. Clearly, they are playing safe, but pretty irresponsibly. So, if India is not willing to accept status quo, it will have to take PoK by force. It is, indeed, a tall order and a remote possibility !

A few questions arise here that easily kill the very idea of capturing PoK back from the rogue state. When in1965 war, India had seized almost 700 sq miles of enemy territory, against Pakistan occupying just 250 sq miles of Indian space, why didn't our forces move further, though even Lahore was not too far off? The answer could be that it appeared impossible for our forces to take back rest of 33,000 sq miles of the occupied area back. By then, Pakistan had already fallen into the lap of China and New Delhi was scared of opening a new front with the dragon which had heaped great humiliation over India in the 1962 China war. If the war had continued any longer, the then generals suggest, China would have jumped into the ordeal, taking stock of India's unenviable position that was marked by its sagging economy.

Then Prime Minister Lal Bahadur Shastri was a bold, prudent leader, who assessed the situation with a cool mind and concluded that India could not fight on two fronts, one of them being a very strong one of China. Although our army was going strong, air and naval power was perceived markedly weak as these forces had to fight simultaneously on Pak and China borders. And, because we were already in great trouble with the United Nations due to Goa and Kashmir tangles and Americans and Soviets were also insisting on quick end to the war, India opted to call it off and saved a situation which might have gone worse with the country desperately fighting on two fronts.

Now in 2016, our position is much stronger, both economically and militarily. By all accounts, our fire power is far superior to that of Pakistan. But one deterrence is that both are nuclear powers. However, China is leaving hints every now and then that it means serious business with Pakistan and that it will not allow anyone to destroy this terror state, whatever be the level of its roguery and criminality. Besides, terror masterminds Hafiz Saeed, Masood Azhar and Zakiur Lakhvi are understood to have instilled into the minds of Premier Nawaz Sharif and the military brass that if, in the event of war, Pak forces manage to enter India-held Kashmir, the Muslim avam of the Valley will spontaneously rise in revolt against the India forces and that will create a win-win situation for Pakistan. So, there appears to be no case for any attack from this side, unless a greater provocation comes. In the meantime, one may presume, Pakistan's proxy war will continue unabated. And, if a restless and terribly harassed India finally chooses to push on, hoping to seize PoK in rapid strikes, times will be difficult for everyone involved in the war!