Cinema at Cannes by Bijaya Jena

ABOUT TWO WOMEN IN LOVE 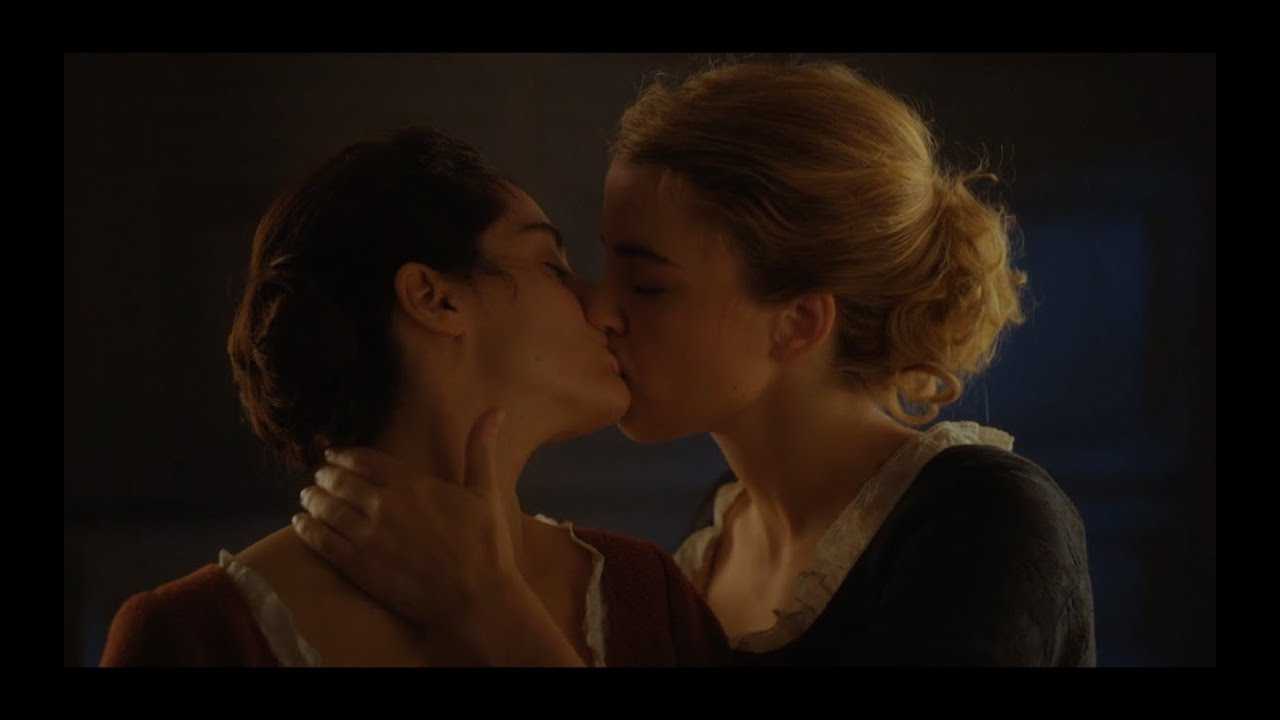 “The Portrait of lady on fire” by Celine Sciamma received the Best Screenplay Award at the 72nd Cannes Film Festival 2019. The film lasting two-hours is set in the end of 18th century, off Brittany coast. It is about Heloise, a French noblewoman due to be married to a wealthy Milanese man and a painter Marianne who is assigned to do a portrait of Heloise by her mother.

Marianne’s job is to paint a portrait of Heloise but there is a catch, Heloise must not know what Marianne’s purpose is, as she rejects the marriage and has already refused to pose for a picture for the suitor. Heloise has recently arrived from a convent and is still grieving her sister’s suicide. Marianne is introduced as a companion for walks and slowly the women bond. Once Marianne’s purpose is revealed, Heloise surprises her mother by agreeing to pose for the painting. 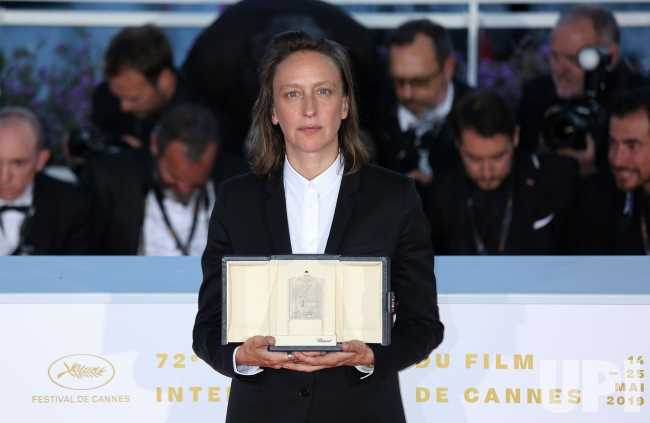 In her mother’s absence on a trip to Italy, the painter and the muse fall for each other passionately. There is a circumstance, which brings the maid closer to them. The maid shares with them about her pregnancy and both agree to escort her for the abortion and such a personal grief deepens their bonding.

For almost one hour, we do not see Marianne or Heloise even exchanging more than pleasantries with the maid and the sudden interest in her life seemed a bit abrupt. Instead of interweaving her story throughout the film equally, we barely see the maid in the beginning and in the end, but bombarding us with a small snippet in the middle that takes us out of the love story we've been invested in from the beginning.

The maid is a flat character with not enough screen-time to develop. The audience are forced to empathize with her situation but are made to forget her as soon as her story reaches the climax. She's again rendered to the background as we are whipped back to the whirlwind of Heloise and Marion's romance. 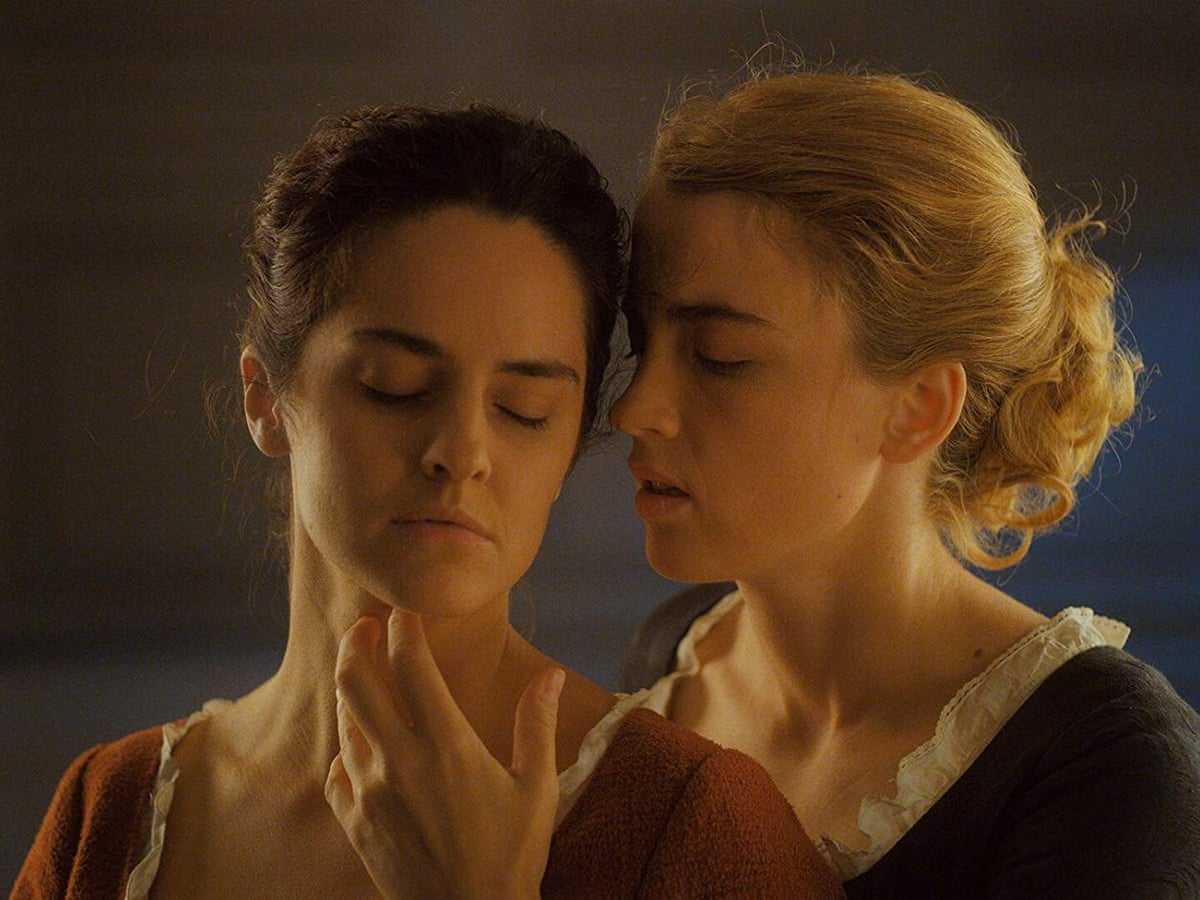 Further on, if the aim of the scriptwriter was to blur class boundaries, she fails. It may seem utopic with a particular scene where the maid is embroidering, at one end of the table, Marion, a middle class woman drinking wine at the center of the table, and Heloise, an aristocrat, cooking at the other end of the table. But one scenic image is not enough.  Second, the maid is used as a prop, in the story as well as in Marion's sketch even after her traumatic abortion.

As Heloise, who suddenly makes Marion paint the abortion scene, immediately after the abortion, Heloise as well as the scriptwriter forget the maid's suffering. If it was meant to show how juvenile Heloise is, how apathetic she is to the people around her, well then it worked. The maid is used as a plot device to bridge the gap between Heloise and Marion and bring them closer.

But Claire Mathon’s photography is simply brilliant with actors’ wearing primary colours red, blue and green. Most indoor scenes are shot with warm tones and simulating the candle light effects. The seaside close-ups of the two main actors without any dialogue and music but with the sound of the waves speak volumes about the characters.

The music is minimal but certainly effective in the village outdoor scene with bonfire, where Marianne looks at Heloise through the wavering of the flames. The last shot at the opera though tad too long builds up effectively the emotion of Heloise, now a married woman with a child but reminiscing about the few moments of bliss with her lover, oblivious of Marianne’s presence in the other side of the theatre.

The author is an award-winning eminent director/actor/cinema-jurist.