How power can be cleaned 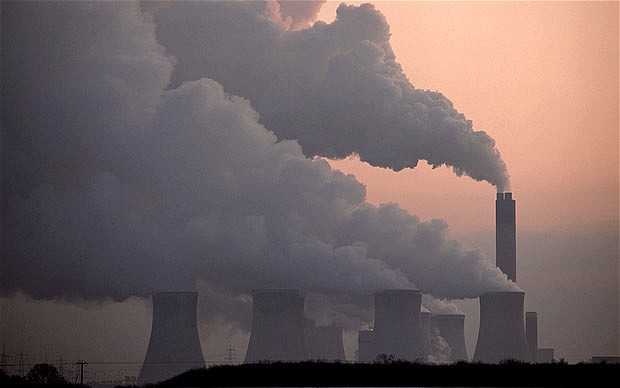 Coal is an environmentalist’s bugbear. The use of coal to generate energy is the key reason the world is looking at a catastrophic future because of climate change. Recognising this, global civil society has given a rousing call for coal divestment, asking companies, universities and individuals to stop investment in coal thermal power plants. They want coal to go, renewables to be in. And in the interim, clean gas, also a fossil fuel, to be used as a “bridge fuel”. In this scenario any talk of “cleaning” coal to make it less damaging is untenable.

This will not work for us in India. We have a huge energy deficit, with millions of households without power for basic lighting or cooking. We have to address access to energy as much as the environmental problems of unclean power. We need to push for renewable—not because we can afford to do without coal, but because this source of energy provides us the option to leapfrog to decentralised and off-grid power. But equally, and perhaps even more important, is to clean coal power so that it does not destroy the environment and take human lives.

This is what my colleagues at the Centre for Science and Environment (CSE) have done. They have taken apart - quite literally - the thermal power sector in India and plant-by-plant looked at what is the efficiency rate, the pollution load, the management of waste and the compliance with environmental standards. Their findings, published in the report, Heat on Power: Green rating of coal-based thermal power plants, concludes that our plants are way behind the global best in terms of performance.

More importantly, it speaks of the dire crisis in the power sector in the country, where the obsession is to build more plants and not fix what is clearly so completely broken—supply of affordable power to all. Of the 47 plants surveyed—accounting for roughly half the installed capacity in India in 2012—only 12 had efficiency higher than 36 per cent, which touches China’s average. The Indian average, pulled down by dated technology and poor resource management, was a low 33 per cent.

Worse, the plant load factor has been declining in the past few years, going down to a low of 65 per cent in 2013-14, as compared to 79 per cent in 2007-08. This clearly speaks of the mismatch between demand and supply, as state electricity companies struggle to buy power, even cheap power. This then affects the CO2 emissions from the plants. India’s average was 1.08 tonnes of CO2/MWh, 45 per cent higher than the global best and 14 per cent higher than China’s average. Clearly, a huge opportunity for India is to improve efficiency and to replace its existing stock of plants—not build new ones—with best technology.

This is not the only challenge. The fact is that power plants pollute air, consume water and dump huge quantities of waste, namely fly ash. Indian plants have a long way to go to clean up this mess. This is not a small matter. My colleagues have estimated that this sector alone is responsible for 70 per cent of the total freshwater withdrawal by all industries; over 60 per cent of the particulate matter emissions; 50 per cent of sulphur dioxide emissions and more than 80 per cent of mercury emissions. So, if we clean this sector, we make huge gains in cleaning pollution from India’s industrial sector.

Doing this requires first setting standards that are stringent and usher in best technology and management, and then ensuring that monitoring is rigorous and verifiable. CSE has found that most plants either contract out pollution monitoring to third-party laboratories or have set up online emission monitoring systems. But in both cases data is poor and systems unaudited. This is particularly important because no pollution board has the capacity (or authority) to shut down a power plant for obvious reasons.

The biggest issue is gainful use of fly ash since India’s coal is of poor quality. For every tonne of coal burnt, 35-40 per cent is generated as waste. Just consider the scale of this problem: over 40 per cent land area of power plants is used to dump ash. Over 1 billion tonnes of ash is lying unused today and to this over 160 million tonnes are added each year. Everything we have done till date, including specifying the use of ash in cement manufacturing and bricks, is not making a dent in the gargantuan pile of muck.

So a clean-up is essential. But for this India’s power sector must also come clean. The CSE project requires companies to voluntarily share data. It was India’s largest power generator, National Thermal Power Corporation, which refused public scrutiny. This will not build a cleaner future. Ultimately, this is the real agenda for reform.

Cinema at Cannes by Bijaya Jena