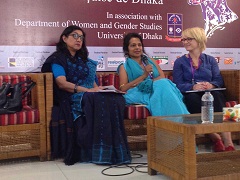 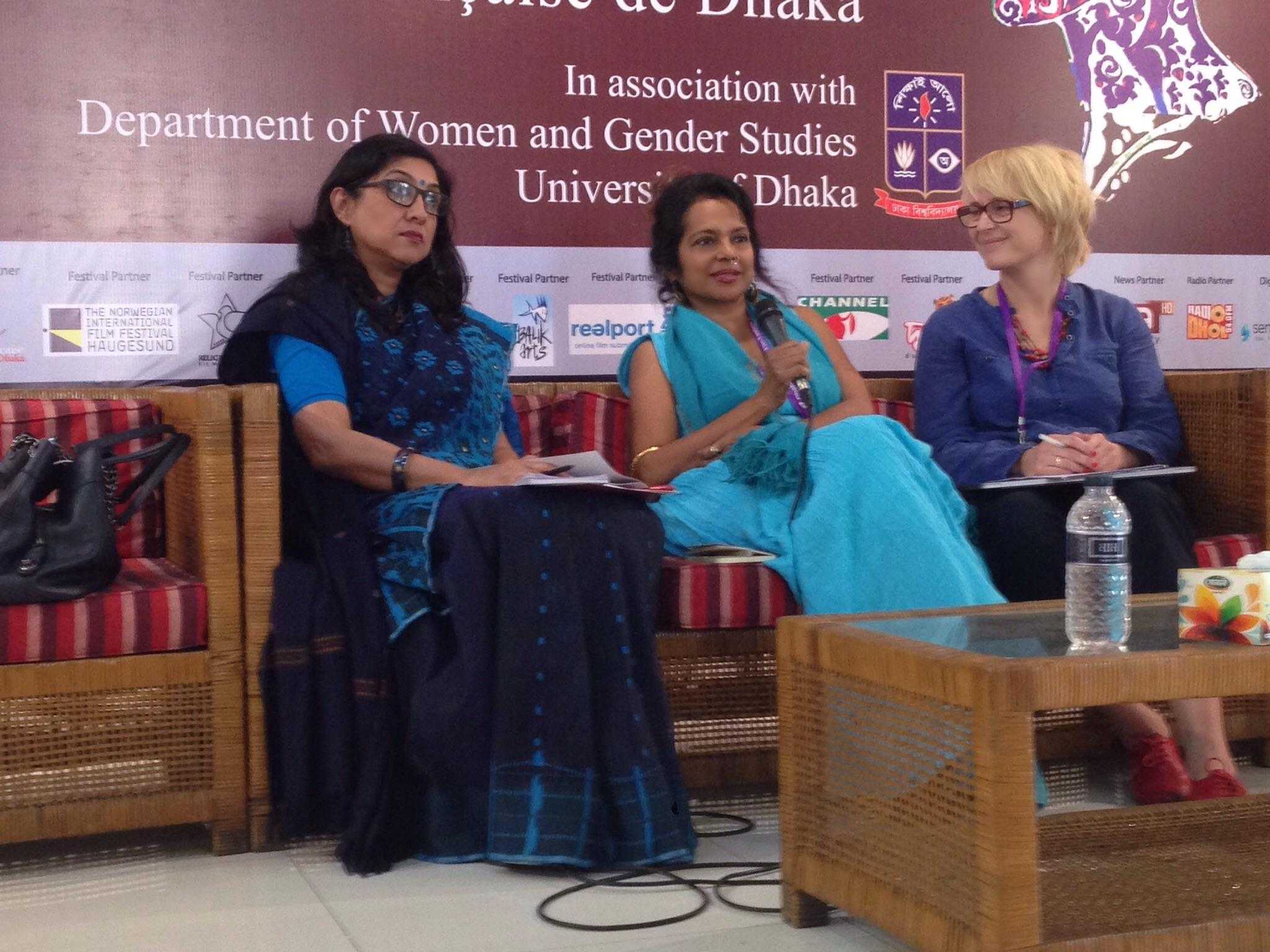 The Dhaka International Film Festival, 2019 organized by the Rainbow Film Society had a seminar for two days - January 11-12 at Alliance Francaise (on women in cinema) along with the screening of films and West Meets East seminar. It had more than hundred delegates from several countries. The atmosphere was filled with the air of cinema.

Women in Hollywood and as well as Bollywood are mostly portrayed as objects of desire and it is no different in mainstream South Asian and Bangladeshi cinema. The seminar had women activists, film critics, scholars and film-makers sharing their experience to enrich themselves and thereby influencing the society. US film expert and journalist Sydney Levine presented the FIPRESCI Vice President and film critic, Alin Tasciyan’s paper as she could not attend.

Alin Tasciyan says that the new generation of women directors is conscious about the situation and they are demanding equality. They need to question the existing methods and customs and change them according to their demands. Instead of wearing black on the red carpet, they have to question the necessity of walking on a red carpet, posing to the cameras and exposing themselves as beautiful objects and inspire their actresses to revolt against good old habits.

Sydney Levine mentioned that USA has dropped its place from 52nd in the world for women’s representation to 104th today. However on the positive side, virtually every major network and studio has established some form of talent development program designed to open the doors for women behind the camera and people of color. The Me Too movement has caused changes in Hollywood.Notably famous actress, Jennifer Lawrence, has revealed the salary gaps.

Ms. Levine spoke about the gender inequality in scripts and how the Geena Davis Institute on Gender in media is influencing content creators, marketers and audiences about the unconscious bias, highlighting gender balance, scripting strong female characters in entertainment and media that target and influence young children.

Research scholar Dr. Debjani Haldar spoke about violence and prostitution in post nineties non-mainstream cinema like Nagesh Kuknoor’s Laxmi. I said, earlier prostitutes were respected in most of the societies like the geishas, courtesans where men learnt manners and etiquettes. They were not disrespected by the society. Even Lord Buddha’s mother had a poetess friend who was a courtesan. But later they were not treated well and there were no realistic depiction of them in Indian films.

I said how the first sexually liberated woman character was portrayed in Aparna Sen’s ‘Paroma’ (1984) and then almost after adecade in my National award winning Odia film Tara (1992) and Deepa Mehta’s Fire (1996). Lately, only notable films by female directors are “Parched” by Leena Yadav and ‘Lipstick Under My Burkha’ by Alankita Shrivastav. There have been very few films with strong women characters by male directors like Assamese film ‘Agnisnaan’ (1985) by Dr. Bhavendra Nath Saikia’s ‘Agnisnaan’, Mahesh Bhatt’s Hindi film ‘Arth’ (1982) and lately Pan Nalin’s ‘Angry Indian Goddesses’. Norwegian documentary film maker Charlotte Tvedt spoke about women in documentary films in her country.

Actress, documentary film maker Aparajita Ghosh spoke about women film makers and the role of film schools in this changing scenario. She said how families of girl students are not very encouraging to send their wards to film schools as behind the camera jobs have been predominantly male dominated.

I opined the perception is changing. Women used to prefer editing courses but now with the advent of digital cameras,, cinematography  is not limited to men only. Many women are joining film schools now more than ever in editing, camera, film direction as cinema, television and multi-media is no longer unsafe for women with its irregular working hours as previously thought. I mentioned three time National award winning Odia documentary film maker Lipika Dorai and cinematographer Armin Turel from FTII, Pune. All over the world the workplace for women is getting better after the ‘MeToo’ movement with strict anti-harassment cells established by the schools and the government.

Film Federation, General Secretary, Premendra Majumdar cited examples of young film makers like Ananya Kasarvalli (from L.V.Parsad Film School, Chennai) and other women editors working in mainstream Bollywood. Such seminars will surely give inspiration to Bangladeshi young filmmakers and enrich them in the art of cinema.

The author is an award-winner director/actor.