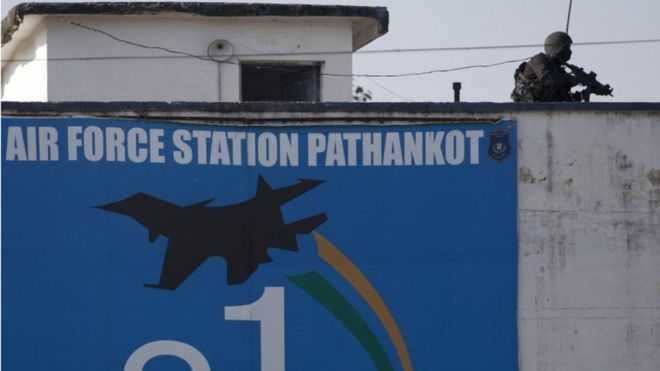 Did it look possible that the Indian hard talk and the delayed 'tough' American response over the repeated Pak-inspired terrorist attacks on sensitive Indian locations would really translate into a larger coordinated action? Even though the US rebuke looked apparently theoretical, hardly carrying a strike punch, that appears to be working effectively on ground now. Pakistani authorities have started a “serious probe” and reportedly made "some arrests" after raids in Gujranwala, Jhelum and Bahawalpur districts, to ascertain Jaish-e-Mohammed's involvement in the deadly Pathankot attack. The raiders are understood to have told a surprised Jaish chief Maulana Masood Azhar, mastermind of the attack, who was also taken into “protective custody”, that this crackdown has come on firm orders from the authorities. Jaish offices have simultaneously been locked. However,as the probe continues, New Delhi will do well not to get distracted from the dialogue process, firmly believing that no outsider, be it the US or any other country friendly to India in the Middle East or elsewhere, is going to be of any significant help, if India stays away from talks any longer.

Finally, India and Pakistan themselves will have to work their way out to ease the persisting tensions. To that end, Pakistan must act with honesty against its handlers of the Pathankot siege. India, on its part, must go for the proposed Foreign Secretary-level talks, may be a little later, if not right on January 15, as per schedule. It is, however, encouraging to note that, albeit under tremendous multi-pronged pressure, PM Nawaz Sharif has formed a high-profile team to probe links of the Pathankot attackers with Pakistan. This inquiry, said to be of considerable import, comes after New Delhi provided “specific and actionable information” and substantive leads of Jaish's involvement in the attack and linked the probe outcome directly to the FS-level talks. 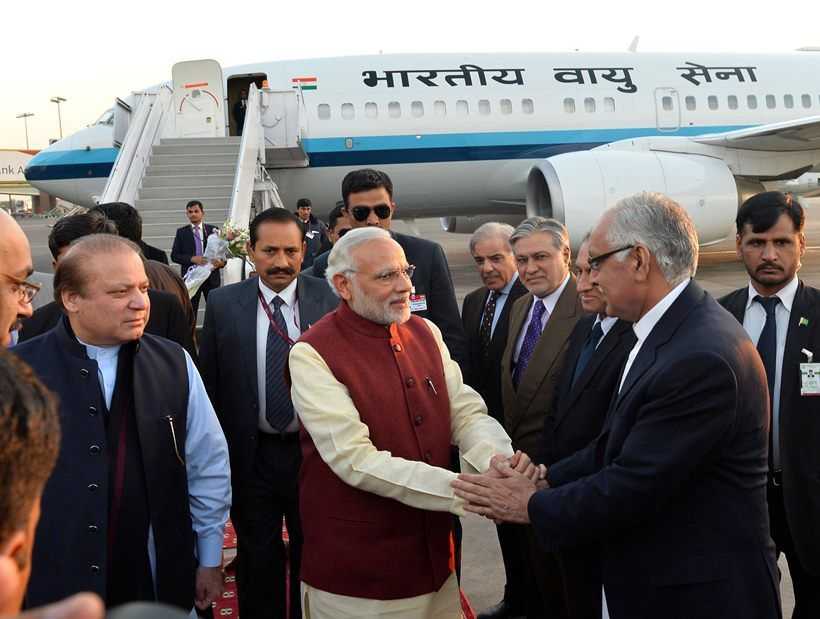 Even though it looks certain that Jaish, a Deoband-inspired Islamic outfit which bears no cross of loyalty to Islamabad unlike Lashkar-e-Taiba, will hardly get into clash with the Pak Army over the Pathankot issue, indications are that Islamabad is moving seriously this time to contain the terror menace which has troubled it more than it has troubled India in the recent past. Following the recent terror attacks, that caused heavy casualties in Pakistan, majority of people there are visibly angry over any Pak support to over a dozen of the criminally-oriented destructive outfits. And the Sharif govt is also slowly realizing that terror tactics may hurt India, but will never serve its purpose of capturing the Kashmir Valley.

It's well known that all stake-holders in the Pak roguery, from the civilian govt, Army, ISI to all terror outfits put together, have been on the same page all these years, deeply hurting the Indian interests. In that context, even if Islamabad is able to display tokenism by resolutely proceeding against the Jaish masterminds, howsoever insignificant the gesture may be, dialogue process may still go on track. One can understand the anguish of Defence Minister Manohar Parrikar, who wants stern, decisive action against Pakistan and is not in favour of talks, unless Islamabad truly cracks down on the handlers of Pathankot attackers. Even NSA Ajit Doval, who is being accused of turning PMO deaf to reality following the Pathankot botch-ups, has said that "talks won't happen if Pakistan does not act against the real perpetrators." Home Minister Rajnath Singh has, however, stated that as of now "there is nothing to doubt Pak intentions. Let them proceed on probe."

So, the question remains : " Will the postponement of talks serve any purpose at this stage? Pakistan can be brought under pressure only if the dialogue process is on. Moreover, in the absence of a meaningful engagement, fidayeen may stoke another fire in India, somewhere in the strategic fields lying distance away from Pathankot. Since neither India nor Pakistan, both nuclear powers, are in favour of war, it would be imperative for them to start talking "comprehensively" on all major issues that have led to the long-drawn conflict between them. If they don't engage in purposeful dialogue now, a great opportunity will slip out of their hands.

A former Foreign Secretary wonders in a private chat : "Why should we block the dialogue channel? It becomes all the more imperative to talk now, as the Pak-guided terror attacks criminally continue in all ferocity. Dialogue table is the only place where we can embarrass the Pakistani leaders and seek answers on their atrocious intrusions...that's why Prime Minister Narendra Modi went a mile further, settling on the process of talks announced after Bangkok and Raiwind. After Pathankot, we have the right time to talk."

Here, the question arises : Why should Islamabad talk terrorism until India talks Kashmir? That explains why, after reasonably taking stock of the situation, PM Modi had finally agreed to a “composite dialogue” process, including discussion on Kashmir. And why not? Kashmir remains the main ground of dispute. While Pakistan insists on India-administered Kashmir being freed from India's control, for the latter, it remains its integral part. Then, there is 13,297-square km Pakistan-occupied Kashmir (PoK) territory--called 'Azad Kashmir' by Islamabad-- with an estimated population of about 4.6 million people, that India wants to wrest from Pakistani control. This land mass was previously part of the former princely state of J&K, which ceased to exist as a result of the first Kashmir war fought between the two countries in 1947.

Since the dispute between India and Pakistan is mainly territorial that took roots just after undivided India's Partition in 1947, it has tended to become more and more serious with the passage of time. The hostile neighbours have fought four wars in 1947, 1965, 1971 and 1999. Since 1984, there have been serious skirmishes also over the control of Siachen Glacier. Hostilities had earlier taken thousands of lives, but in recent years, the death toll came significantly down. In between, since 1988 onward, also came a wave of home-grown insurgency and militancy in Muslim-majority Kashmir with violent rallies, strikes and attacks against the Indian Government, something that became a perpetual headache for the Indians. Even today, Pakistan demands that in any Indo-Pak dialogue, Kashmiri separatists, who have successively lost clout over the Kashmiri people, should be allowed to participate. But why do the separatists want to break free of the Indian control? Do they ultimately want the Kashmir Valley's merger with Pakistan, globally recognized as notoriously a rogue state? Or, they want a separate Kashmir state? But majority of Kashmiri people rightly feel that the territory will suffer serious economic pangs, should India let it become a free state tomorrow. As for merger with Pakistan, the very idea brings tremor in an average Kashmiri's mind. So, what exactly do the secessionists want ? Perhaps, no one knows!

While every successive Indian regime, after the 1947 Partition, staked claim to Pak-held Kashmir, not many think that India will ever be able to regain it. Some leaders have even openly stated that India would be happy to convert the Line of Control into an international border. Meanwhile, the residents of PoK now strongly advocate to be a part of India. This region is currently witnessing a strong pro-India sentiment, especially after the Modi govt sent massive relief to the Kashmiri people in the wake of the recent earthquake and floods. The words of Maulana Syed Athar Hussain Dehlavi, chief of the Anjuman Minhaj-e-Rasool, who toured PoK recently, came as sweet music for Indians when he stated that people residing there wanted to be with India. But for Pakistan, "gaining" the Kashmir Valley is an article of faith and its backing for terrorists against India comes from its burning desire for the Valley which it could not capture during the four gory wars.

Besides, there is also international pressure on India, especially from the US and many other influential countries, to engage with Pakistan in the interest of peace. Their concern emerges also from the fact that both India and Pakistan are nuclear powers. They are worried that Pakistan's elected leaders and the Army being under the influence of dangerous terrorist elements, may force a nuclear war on India under tremendous pressure born out of any conventional armed conflict in future. The prospect of a nuclear holocaust makes everyone shudder.

The advent of the Islamic State in the already militant-infested region has further aggravated these concerns. Some even draw a parallel that Pakistan today is much like nuclear-powered North Korea. Nothing explains the Pak adventurism more than the revelation that Pak military officers themselves attacked the Indian mission in Afghanistan a few days ago. That after the US withdrawal from Afghanistan, Kabul will face more serious problems from Islamabad is also worrying the American leaders. That clearly is the reason why the US is now coming tough on the Pak rulers.

However, with Pak response being somewhat positive at the moment, India should not shy away from talks. Also, it must look like a country wanting peace, and not the one that evades an opportunity to resolve many intractable issues. International fraternity expects India to show restraint, for war is no option to solve the outstanding problems. Even if India were to strike at Pakistan's terrorists infrastructure, that may eventually lead to a full-scale war. In that case, India would look like an aggressor without gaining anything from another bloody war. And that war would be very costly for both the nations. Therefore, the only option left for India today is diplomacy, meaning it should engage with Pakistan. Else, it would mean only bloodbath at the hands of cowardly agents of a proxy war!