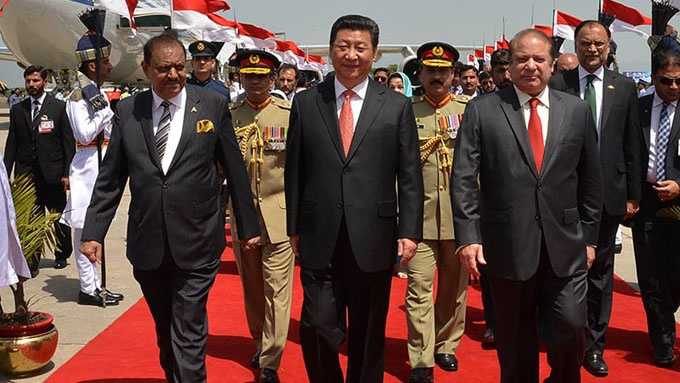 By recently hosting a much touted, successful and well attended conference on OBOR (One Belt One Road), aka BRI (Belt Road Initiative) China has announced its arrival on centre stage of world affairs. With its continuing belligerent moves in South China Sea, it is now aggressively pursuing its connectivity and presence in Indian Ocean and beyond. Through a series of rail links, ports and roads, it intends to connect Asia with Europe and Africa. China unambiguously wants a new world order with itself at the center. By openly defying USA and other regional powers like Japan and India, it is giving a clear signal that it is the world's next superpower. The recent toning down of rhetoric against China by president Trump after meeting with his Chinese counterpart also points that China's economic might and its mischievous policy of blackmailing the world community through rogue states like North Korea and Pakistan, is paying off.

Since India has a history of war with both countries and acrimonious issues and unresolved border with China and volatile unresolved direct involvement in terrorism against India, it is naturally worried about these developments and is learning to live with this powerful and arrogant neighbor that never misses a chance to pinprick us (claim on Arunachal Pradesh, frequent transgressions along LAC, NSG membership to name a few-not to speak of its efforts to strangulate her through its string of pearls). However, what is the road ahead for India? With Russia fully on the side of China and India lying low in priorities of Trump's regime in America, this question assumes more serious proportions. No doubt, Indian foreign policy is going through most turbulent and testing times. 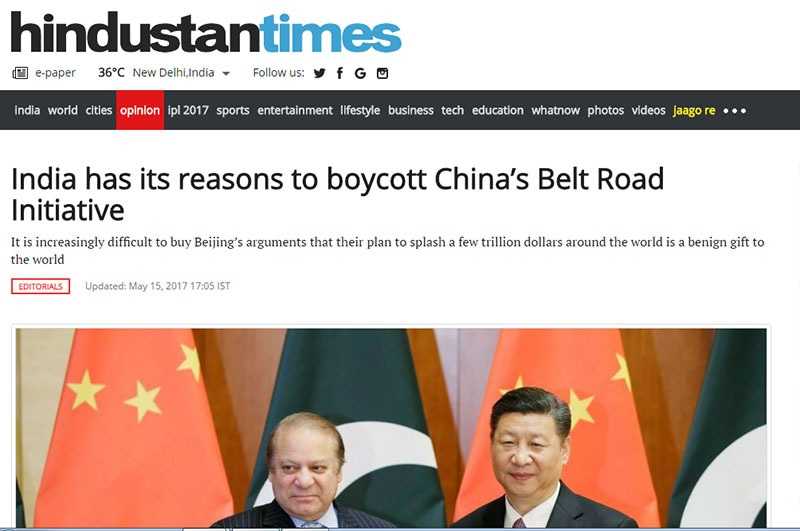 Ostensibly, China likes to project OBOR or BRI as its benevolent multilateral economic initiative. It plans to develop industrial parks, special economic zones and other manufacturing units along the routes to be developed. In return, it seeks the mining rights for extraction of valuable minerals from the host countries and other tax benefits. But India doesn’t believe in this narrative given by China. India sees it purely as a unilateral initiative driven by the national interest of China. It is all about taking out Chinese reserves invested in western banks and investing these into projects which will fetch a higher rate of return. Disguised as grants and soft loans, through its institutions, the beneficiary countries are lent huge money.

With its overcapacity production units experiencing shortage of demand because of recession in rich markets, it wants to revive its starved cement, steel and other industries. Also China prefers using her own skilled labour force rather than generating employment opportunities for the local people. In this way, in the name of connectivity, shortening distances and reducing time, it seeks to colonize the whole route and their countries. Otherwise, China is not fool to hope for substantial returns only by its overland linking with Europe. Overland freight costs are always higher than sea freight costs. Finally, the melting ice on North Pole and possibility of navigation through Arctic Ocean will deflate the arguments of shortening distances and saving time. This is, in fact, the neo-colonization of China having geostrategic and geopolitical motives. 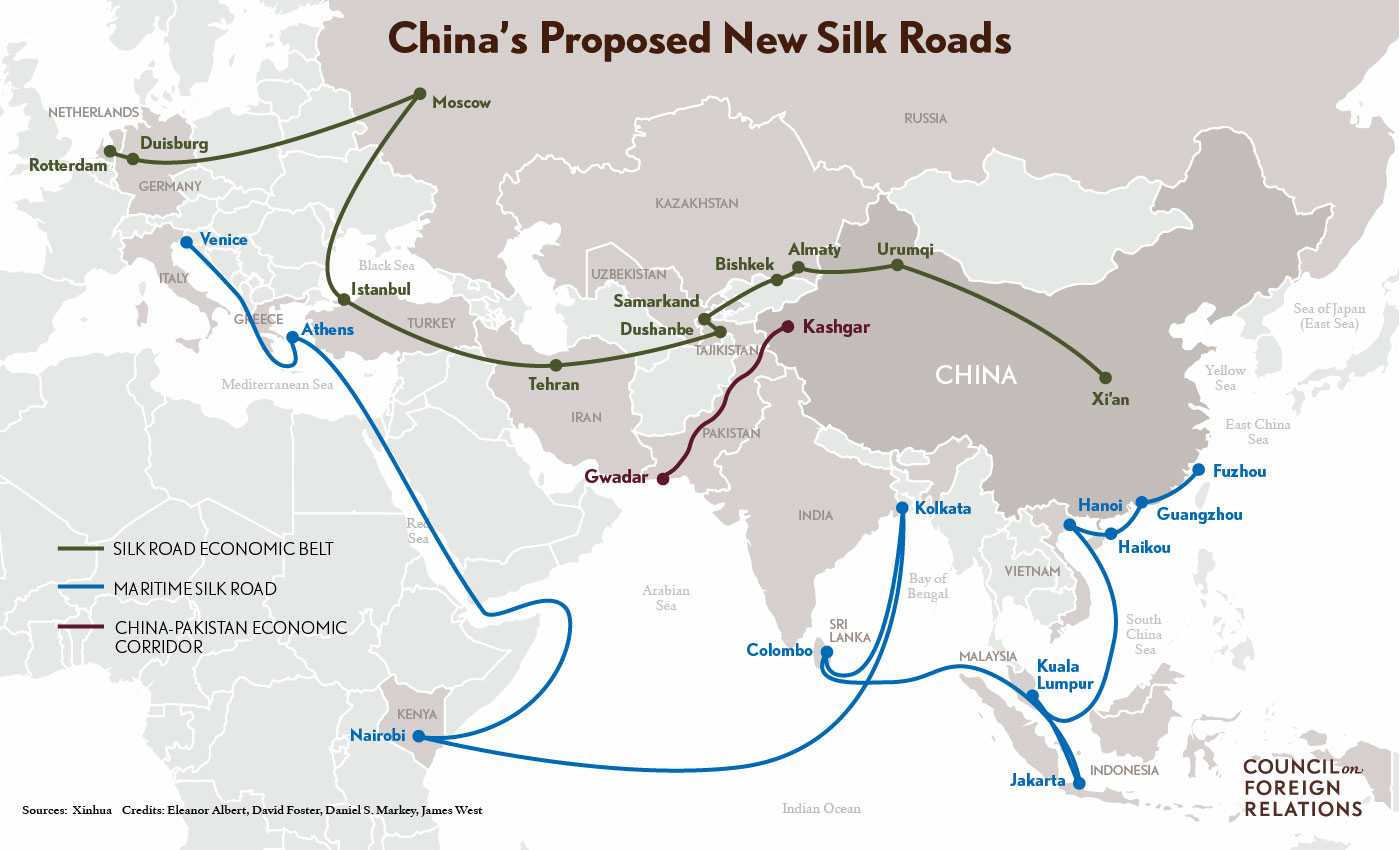 As an offshoot of this economic endeavor, it also plans to replace US dollar by Chinese Yuan as international currency. It can easily pressurize the host country to pay back at least some of the fraction of debt service in Chinese currency. In case of faltering payments, it can arm-twist the countries for providing rights over their agricultural land and ports. The case of Hambantota port in Sri Lanka must be an eye opener for all. In fact, OBOR is one belt, one road and one big trap! Although it has generated goodwill for China in some new constituencies, more and more countries are able to see through this game. Since India doesn’t have a rich purse for such huge investments, it can't match China while handling this challenge.

The greatest objection of India is about its sovereignty over Pakistan-occupied Kashmir (PoK), through which an important segment of OBOR runs through known as CPEC. This will connect Xiang province of China with the Arabian sea through a port at Gawadar in Balochistan. The foreign office of India rightly referred to it and affirmed that "No country can accept a project that ignores its core concerns as sovereignty and territorial integrity".

Sustainability of such multilateral megaprojects need trust, confidence and wider discussions among the members which are obviously, missing in this case. This hidden military component of OBOR is giving rise to more suspicions among our security managers. Although India sees Kashmir as a bilateral issue with Pakistan, China has become the real third-force in Kashmir. During any future war with Pakistan, the CPEC will drag China into it. The presence of Chinese in PoK is not new. It has steadily grown after the completion of Karakoram highway in the late 1960's. As the CPEC integration between PoK and China deepens, Beijing’s shadow looms larger than ever before over Jammu and Kashmir. Naturally, India considers it as China’s war with India by other means which challenges its sovereignty, security and economy.

However, there are some other unintended consequences which India can manipulate to its advantage; Chinese presence moving from pacific ocean to strait of Hormuz (Gawadar port) and horn of Africa (Djibouti Naval Base), US interests are also aligning with that of India's and Japan's. This may bring these countries closer in future. Since the Gawadar port will directly challenge the Dubai port, UAE will also be drawn closer to India. In fact, India has been in a state of dilemma and a bit slow to respond. It can't do much immediately except pulling its socks and making its economy stronger by accelerating its internal connectivity with freeways and freight corridors by railways. It should also fast-track its connectivity with Jammu-Kashmir and Northeast. Be strong enough militarily but also note that national security doesn’t mean guns, fire and ammunition only. It also must encompass the diplomacy, foreign relations and alliances.

India should respond by making forays in the South China Sea with the help of ASEAN countries like Vietnam, Phillipines, Singapore etc and use their anti-China sentiments to its advantage. If Indian Ocean doesn’t belong to India, how can South China Sea belong to China? At the same time, we should pay a special attention to develop the Andaman and Nicobar islands. These are our unique strategic assets, overlooking the narrow Malacca strait These islands will play a very crucial role and may prove to be our unsinkable aircraft carriers during any future armed conflict with China. We should not forget that power respects power, which flows from the barrel of the gun, as stated by Comrade Mao himself.

Till that happens, we gaily keep bursting Chinese crackers on Diwali, fly kites with Chinese threads, use substandard Chinese mobile sets and stomach in the indigestible Chinese packaged noodles! 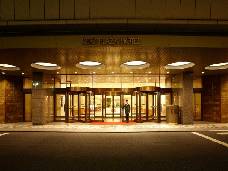