For Indophiles By Ramawatar Sharma

Of Sentiments and Suffering 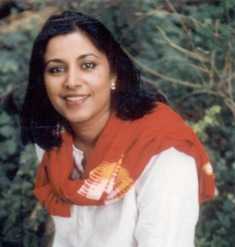 Fifty years may not be a significant period in the history of human race but fifty years in the life of a human being can be full of all the sentiments, trappings and sufferings. There are times and situations where the past catches up with a person and much happens that a person becomes a mute spectator and undergoes the sufferings which missed him by a whisker in the past.

A person survives presumed enemies to get consumed by the ones he considered his 'own'. There are bigger games played by politicians and preachers but it is the ordinary people who bear the maximum brunt. They lose everything including life itself and in the history they are neither remembered nor mourned. They become simple statistics.

Anita Rau Badami is a Montreal based non-resident Indian author, recognized by her earlier works "Tamarind Mem" and "Hero's Walk". She is a recipient of many international literary awards. In "Can You Hear the Nightbird Call?", Badami weaves a story extending from division of India, explosion in the Air India plane Kanishka off the shores of Ireland, Operation Blue Star, assassination of Indira Gandhi and the followig anti-Sikh riots of Delhi. It is a story of fifty years long journey of so many different people, very finely woven with beautiful prose. Badami's characters develop not only physically but psychologically as well. She must have studied a lot about the ideological, political and strategic situation of India and its societies of that time period. Her flair for most minute details enthrall the reader.

Badami has selected three geographic areas for her story - Punjab from North India, Bangalore from South India and Vancouver from Canada. She has a propensity to go into details of societies and people and then their behavioural psychology. The insecurity, fear and obsessions of individual are narrated grippingly 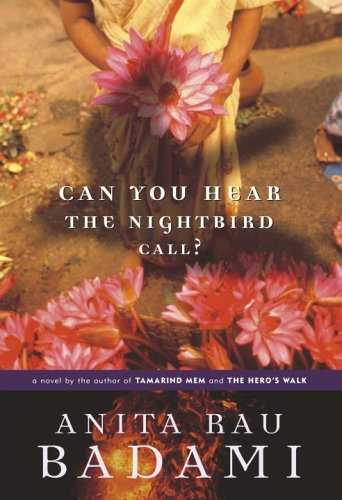 More prominent aspect of the novel is the study of political events and their impact on individuals. It is full of passion and the author must have devoted a lot of time interacting with people. The illogical brutality of mob and helplessness of individual may fill the eyes of reader especially while going through last few chapters. And there appears a reasonable degree of truth in her narration of those horrifying killings of so many Sikhs after Indira Gandhi's death.

Overall, it is a wonderful work of fiction specially for all Indians and also for Indophiles. "Can You Hear the Nightbird Call?"  was  published by Penguin/ Viking in India in 2006 while in Canada it was published by Alfred A. Knopf same year. Anita Rau Badami took 402 pages to finish her story and in India it is priced at Rs. 495 in hard cover.