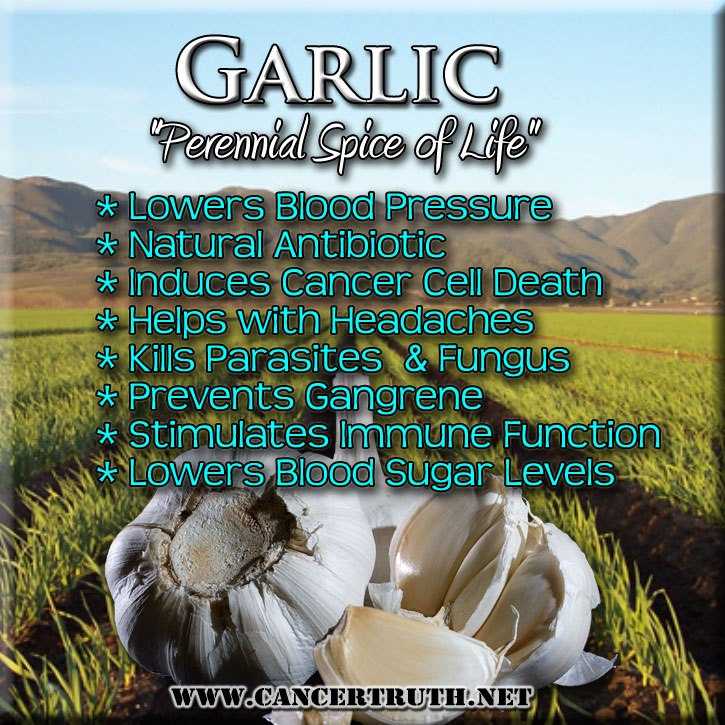 HEALTH TIP: The medicinal powers of garlic have been used by herbalists for centuries. As a matter of fact, there has been more written about the wonderful benefits of garlic than any other food source known. Its history dates back 3,500 years. Hippocrates, the “father of medicine,” was the first to write that garlic was an excellent medicine for eliminating tumors. The “Codex Ebers” (an Egyptian medical papyrus dating to about 1,550 B.C.) mentions garlic as an effective remedy for a variety of ailments, including high blood pressure, headache, bites, worms, and tumors.

In the 1700s, gravediggers drank garlic crushed in wine or ate fresh garlic in an effort to ward off plague. During both World Wars I and II, soldiers were given garlic to prevent gangrene. And in the 1950s, Soviet scientists found it to be equal to penicillin as a natural antibiotic, yet without the harmful side effects. And yes, those gravediggers were right …. garlic may be able to protect against the plague and destroy the bacterium which causes it (“yersinia pestis”).

Today garlic is used to help prevent heart disease, including atherosclerosis (hardening of the arteries), hypertension (high blood pressure), and to boost the immune system. Recent studies on garlic have shown that it kills insects, parasites, bad bacteria, and fungi. It also eliminates various tumors, lowers blood sugar levels, and lowers harmful fats in the blood.

Researchers have also shown that allicin (the organic compound which gives garlic its aroma and flavor) acts as a very potent antioxidant. In a pilot study at Clinical Research Center of New Orleans, 9 patients with severe hypertension were given a garlic preparation containing 1.3% allicin. Sitting blood pressure fell with a significant decrease in diastolic blood pressure within 14 hours of the dose. In addition, ajoene, another major compound of garlic, has been shown to induce apoptosis (programmed cell death) in human leukemic cells. (Dirsch VM et al, Molecular Pharmacology, March 1998)

Garlic is used for all lung and respiratory ailments, and can be used as a tea or added to syrups for coughs, colds, tuberculosis, fevers, and blood diseases. Use it as a tea in an enema for worms and bowel infections. Use the fresh extract oil or eat the raw cloves.

One of our favorite “health drinks” is our daily mixture of about 3 cups of orange juice, 10 cloves of garlic, 2-3 ounces of ginger, 1 tbsp of extra virgin olive oil, and ice. We blend it until it’s the consistency of a slurpee. Boy, is it good! And healthy to boot! And once you plant garlic you can expect to see it pop up again and again because it is a perennial.

A Date for Life!- fnbworld bureau