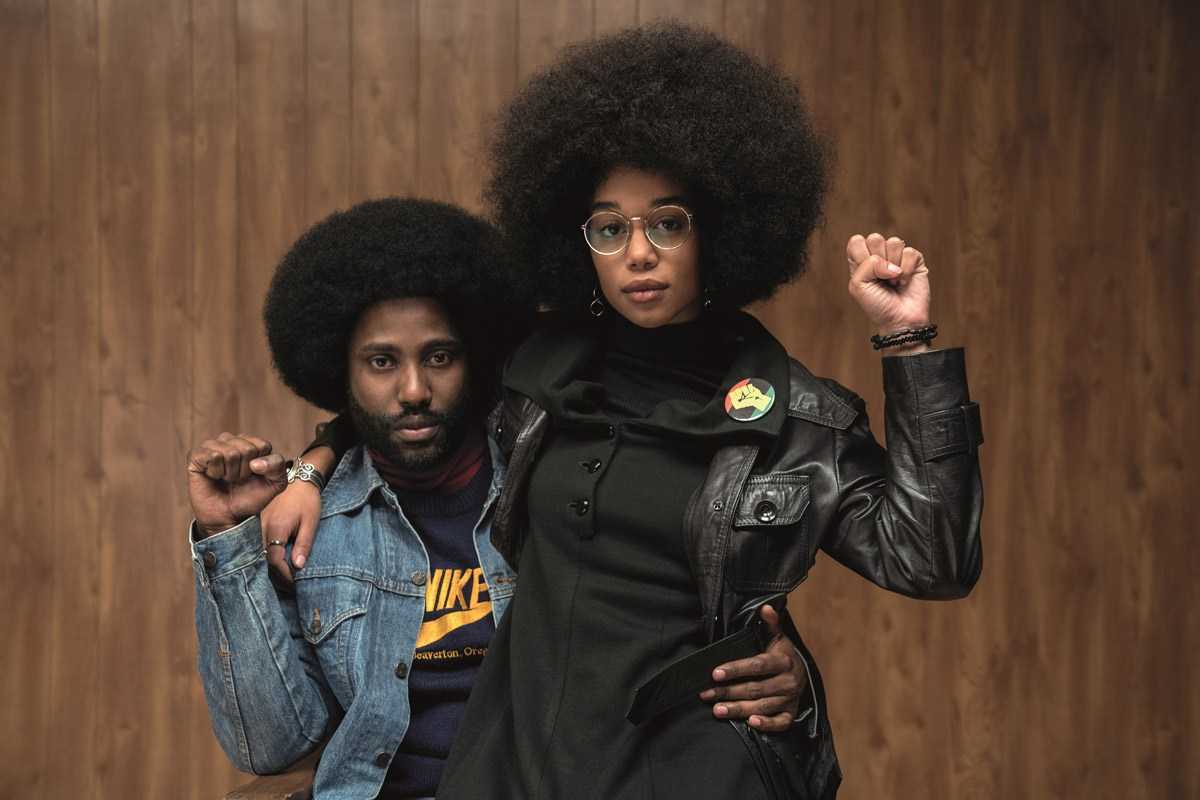 With maestros competing at the 71st Cannes Film Festival like Jafar Panahi, Asghar Farhadi and Lee Chang-dong among others, the festival ended with Japanese director, Hirokazu Kore-eda winning the Palme d’Or for Shoplifters. He is no stranger to Cannes, as it is his fifth time competing at the prestigious festival as well as being the 5th Japanese filmmaker for getting this award, raising him to the likes of Akira Kurosawa and Teinosuke Kinugasa (Gate of Hell, 1953). Socially relevant as well as a heart wrenching film, Shoplifters is a must see as it follows the lives of a poverty stricken family whose lives are in danger when they try to help a mysterious girl. 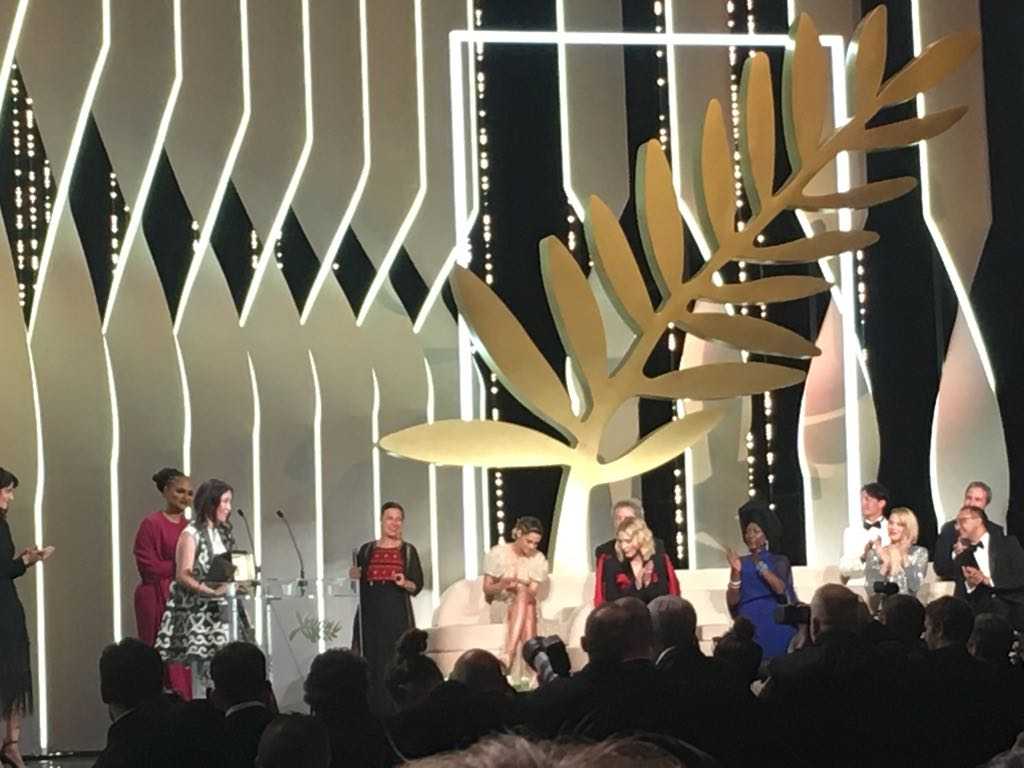 Kazakh-Russian actress Samal Yeslyamova got the price for best actress

and Korinna Daniélou translated her on the stage. 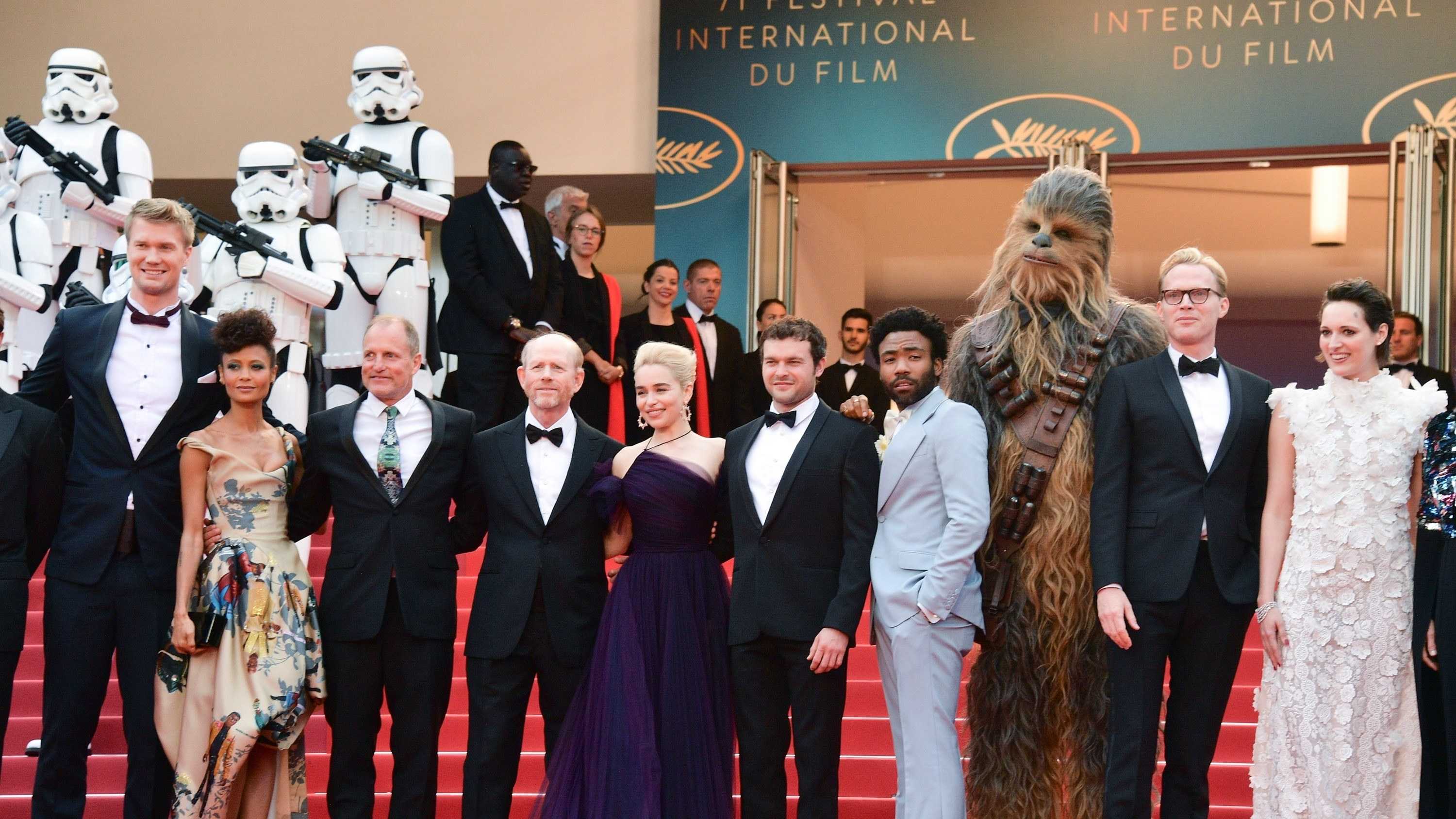 Spike Lee’s anti racist satire, BlacKkKlansman which was on the forerunning for the first prize got the Grand Prix along with a standing ovation. It is based on the true story of the first Black detective who infiltrates the Ku Klux Klan and tries to bring justice. In a world rampant with intolerance and hate, the film speaks to not just Americans but to ethnic groups all over the world.

Oscar winner Pawel Pawlikowski (Ida, 2013) won the Best Director award for Cold War, a love story against the backdrop of the Iron Curtain era and the hardships faced by a couple during the 1950s. Ali Abbasi’s Swedish-Iranian film, Border which won the Un Certain Regard award is supposed to be a dark yet romantic film based on a troll mythology novella by John Ajvide (Let the Right One in). It was picked up by NEON, the same film distributor for Oscar winner I,Tonya (2017). Sadly Cannes veteran, Nuri Bilge Ceylan’s The Wild Pear Tree went home empty handed. A beautifully shot, coming of age story, Sinan, an ambitious writer comes back to his village with an uncertain future. Meanwhile, the FIPRESCI jury awarded Lee Chang-dong’s Burning which followed his usual style of an emotional rollercoaster and facing the hurdles of life. Patty Jenkins of Wonder Woman (2017) fame was honoured with the Women in Motion award by Jury president Cate Blanchett while Jean Luc Godard got a special mention for his experimental film The Image Book. 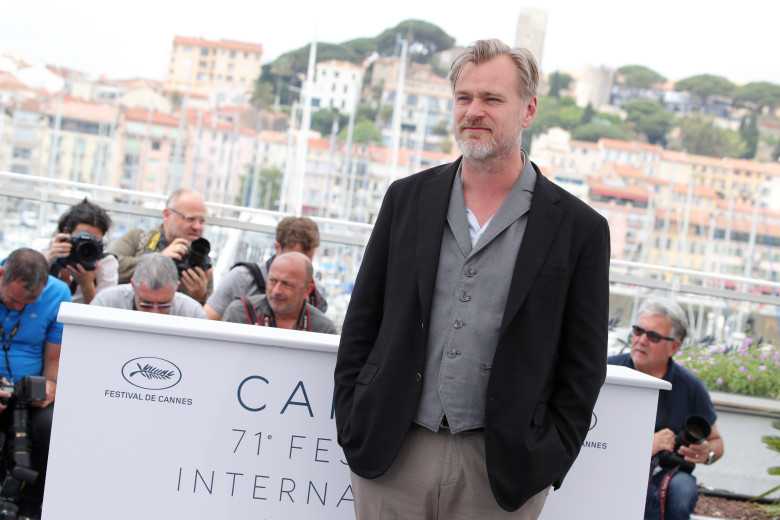 The annual amfAR Gala marked its 25th year held at Hotel Du-Cap. For the first time, all the chair members were women with the absence of the highest bidder, Harvey Weinstein due to the #MeToo movement. Models dressed in Elie Saab and Versace were present along with icons of the fashion industry like Donatella, Heidi Klum, and Chopard’s Caroline Scheufele. Grace Jones gave a surprising performance with a tribute to fellow actress, Elizabeth Taylor.

In spite of Netflix pulling out its movies from the festival, it acquired Happy As Lazzaro from the main competition which got Best Screenplay award as well as Girl from the Un Certain Regard section which got Best Actor award. However the online streaming platform could not obtain Farhadi’s Everybody Knows which was their initial aim. 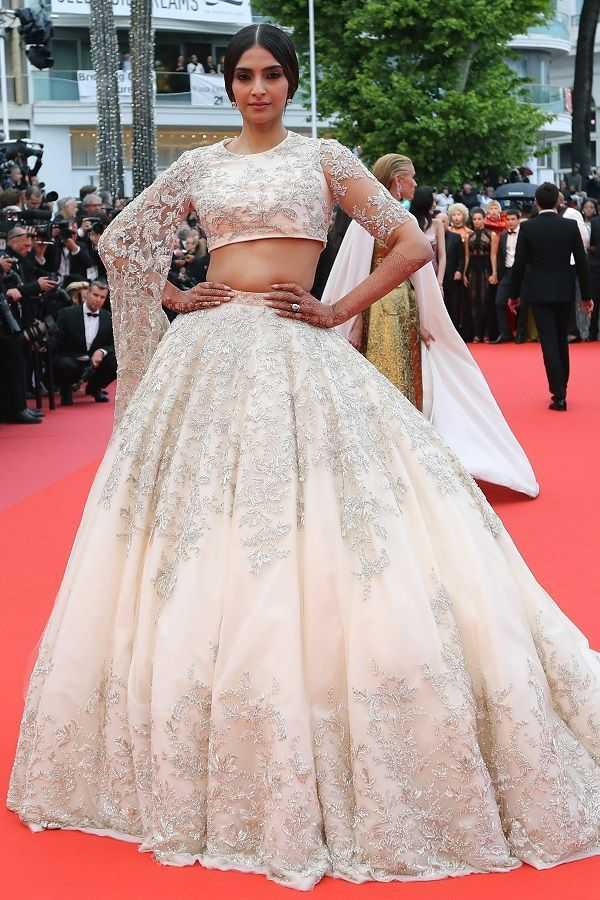 India too had its moments at the festival with Rohena Gera’s Sir which took home the Gan Award For Distribution while Nandita Das’ Manto was in the Un Certain Regard section. The Titan Reginald F Lewis Film Honours awarded the late Sridevi for her contribution in the Indian film industry which was collected by Bollywood director Subhash Ghai. Along with Deepika Padukone in her Zuhair Murad, the Lebanese fashion designer dressed Kangana Ranaut for her debut on the red carpet. The newly married Sonam Kapoor returned for a few days in a traditional lehenga by Ralph and Russo and mehendi with her usual L’Oreal Partner, Aishwarya Rai. 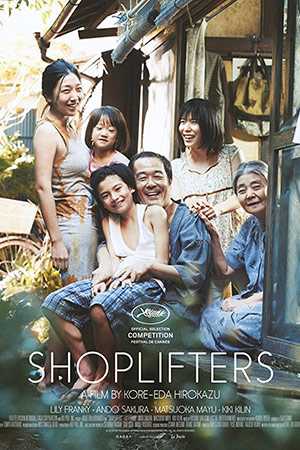 The Cannes Classic section had 26 films total which included Hitchcock’s Vertigo (1958) along with Stanley Kubrick’s 2001: A Space Odyssey (1968) celebrating its 50th anniversary. Christopher Nolan was there to present it as well as talk about filmmaking in his masterclass. Ingmar Bergman was honoured with 2 documentaries along with his 1957 film The Seventh Seal in the Classic category. John Travolta was present too for his film Gotti which was out of competition as well as for Grease (1978) for its 40th anniversary.

While the opening film, Farhadi’s Everybody Knows got mixed reviews, the closing film, The Man Who Killed Don Quixote could not live up to its hype even though it took 25 years to make. Hollywood as usual was present at the international film festival with the spy thriller 355 with its star studded cast ensemble which includes Jessica Chastain and Marion Cotillard among others. Solo: A Star Wars Story brought a slew of Hollywood celebrities like Game of Thrones’ Emilia Clarke along with Chewbacca and Storm Troopers on the red carpet with its premiere on the 8th day of the festival. 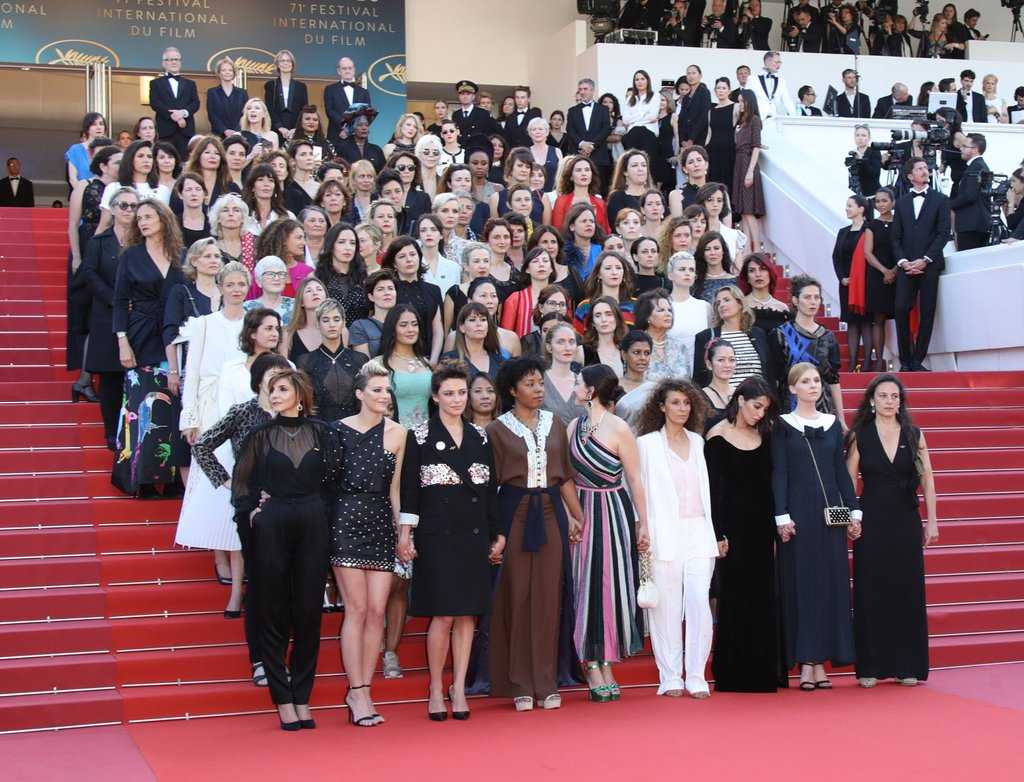 On the opening day of the festival, Cate Blanchett led a women’s march on the red carpet to talk about the shocking gender inequality in the film industry. Jury members as well as female directors and actresses like Patty Jenkins and Salma Hayek were among the 82 women to symbolize the shocking amount of female directors nominated in the festival since its inauguration in 1946. During the award ceremony, Italian actress, Asia Argento spoke up about her harrowing experience with Weinstein and backing women in all work fields garnering praise and support from Rose McGowan and Ava DuVernay and women from all over the globe.