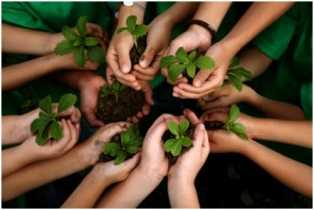 Environmentalists are rightly alarmed that the NDA government is busy dismantling the environmental regulatory system in the country. Over the past two months, the media has reported that clearances for projects, from mining to roads, have been fast-tracked. While the website of the Ministry of Environment and Forests (MOEF) has not been updated in August, in the two months till July end, forest clearance was granted to over 92 projects, which will divert some 1,600 hectares of forest. More recently, it was reported that the National Board for Wildlife has processed many projects located near or in sanctuaries and national parks.

Additionally, rules are being changed, purportedly to speed up the process. This is being done in mainly two ways. One, as much as possible, MOEF is pushing decision-making to the states in the name of streamlining the process. The Environmental Impact Assessment (EIA ) notification has been amended to delegate powers to clear certain projects to the state-level EIA authorities. This is being done with the full knowledge that the state agencies lack capacity and accountability. So, the effort is not to take informed decisions about adverse impacts of projects. The effort is to get rid of the clearance system or at least to push it as far away as possible.

Two, wherever possible the provision of holding public hearings or taking gram sabhas’ consent is being diluted or even removed. For example, small coal mines—classified as producing 8 million tonnes annually—have been allowed to double their capacity without holding the mandatory public hearing. Other changes are also in the offing that will further chip away at this condition, which makes it necessary to get the consent of the affected communities or at least to hear and heed their concerns. Clearly, listening to people is not convenient for industry.

This said, it is important to note that the environment was not safeguarded during the previous UPA government as well. Very few (less than 3 per cent) projects were rejected because of environmental concerns; at the most sanction was delayed. The system was designed to obstruct and prevaricate, not to scrutinise and assess environmental damage. The rules were made so convoluted that they became meaningless. The process was so complex that the same project had to be cleared by five to seven agencies, which had no interest in compliance of the conditions they would set.

In some ways NDA is doing what the UPA did but without any pretence. The last government killed the environmental clearance system by making it so convoluted that it stopped functioning. It was not interested in reform or strengthening the capacity of its regulatory agencies. The pollution control boards remain understaffed and grossly neglected. The last government was certainly not interested in monitoring the performance of the project to ensure that environmental damage was mitigated. There is no capacity to assess compliance and the laws to enforce compliance are weak. It is a sad reality that previous ministers refused to reform the system because it was easier to control, thus, perpetuate power.

This, then, is the real test for the current NDA government. The need for regulatory oversight cannot be questioned. The environmental clearance system is a prerequisite for efficient and sustainable management of natural resources and, more importantly, for ensuring that adverse impacts of economic growth are mitigated and managed. Besides, an effective system helps industry to manage future risks of its investment. It cannot be done away with.

What the NDA government is doing now with the changes it is bringing, is to continue to distort and dismember the system, making it even more farcical and ineffective and, consequently, more corrupt. The question is will this change?