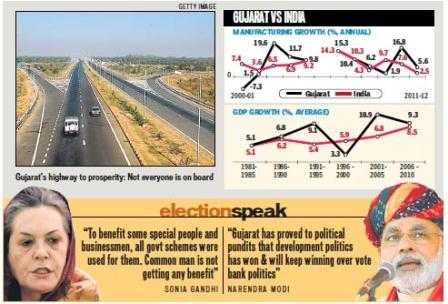 The 2014 general election, it would seem, is becoming a referendum on the so-called Gujarat model and the something-UPA model. In the heat, dust and filth of elections, rhetoric is high, imagery is weak and facts are missing. Very broadly, the Gujarat model is seen to be corporate-friendly, with emphasis on economic growth at any cost and little focus on social indicators of development. The UPA model, on the other hand, is seen to promote distributive justice and inclusive growth. And our conclusion could well be that this model does not work because we see little difference—high inflation pinches our purse; poverty and malnutrition persist; and crony capitalism thrives.

In this way, the referendum on May 16, when the counting is done, could well be seen as a go-ahead to rampant growth without a human face. But this, I believe, will be missing the key point.

If there is a referendum, it must be on the lack of delivery of programmes for social justice and inclusive growth. It cannot be a decision against the idea of rights-based development. That would be disastrous for India. So, what we need to do is to think about what went wrong. And the next government’s agenda must be to fix it. Not to throw out the baby with the bathwater.

The fact is that the UPA government has invested too much political capital, bureaucratic time and energy of its countless advisory committees to dream up and launch new schemes. It has done little—appallingly little—to ensure that the programmes get implemented on the ground. As a result, when you reflect on the past 10 years, there is a desolate graveyard of good intentions. The million flowers that never bloomed.

Take the Mahatma Gandhi National Rural Employment Guarantee Act (MGNREGA), launched in the early years of UPA I with the promise of providing employment to put a floor on poverty. Ironically, in the first few years when there was commitment to the scheme the Congress Party was not even in charge. Raghuvansh Prasad Singh, of Lalu Prasad Yadav’s Rashtriya Janata Dal, was rural development minister, who spearheaded the programme and pushed for its implementation.

In mid-2008, when the Centre for Science and Environment reviewed the first two years of the scheme, we pointed to the need to focus on the quality of work that was being undertaken. We showed that even though this programme invested much-needed funds in water augmentation and soil conservation works, the focus was only on “work” and not its completion. The scheme provided for a village infrastructure plan to be the basis of the work’s execution. But this was not implemented. As a result, the crucial water harvesting structures, which would have become the basis of economic growth by providing water for irrigation, were being wasted. Ponds were either half complete or their catchment was not protected. We said that this could change if the right to work was converted to the right to development. But this message, even if heeded, was never implemented. Instead, in 2007, the UPA government decided to make the scheme nationwide. MGNREGA spread from 200 drought-affected poor districts to over 600 districts, where such work was not even needed. It went from being the promise of a new tomorrow, to being a victim of a populist today.

By 2014, eight years later, after Rs 200,000 crore were spent, the government admits that only 20 per cent of the 7.5 million works started have been completed. There is no doubt that this scheme has made crucial difference in rural India’s purchasing and bargaining power. But if it has not put a floor on poverty, it is because the managers of the programme did not believe it could. They never worked obsessively to improve delivery and to evolve this largest human development experiment to become the change itself.

The experience is no different in UPA’s other flagship programmes, be it the Forest Rights Act or the Right to Education Act. The 12th Five Year Plan document, perhaps for the first time, has a separate chapter on social inclusion enumerating an impressive listing of the many programmes for distributive justice and poverty eradication. But sadly, UPA will be best remembered not for removing poverty from our midst, but for mocking the income figures that defined the people below poverty line. It is a sad legacy for a government with so many potential game-changer programmes.

Our demand from the new government cannot be to reinvent the model of development. Our demand should be that development that is socially just and economically inclusive must be delivered. 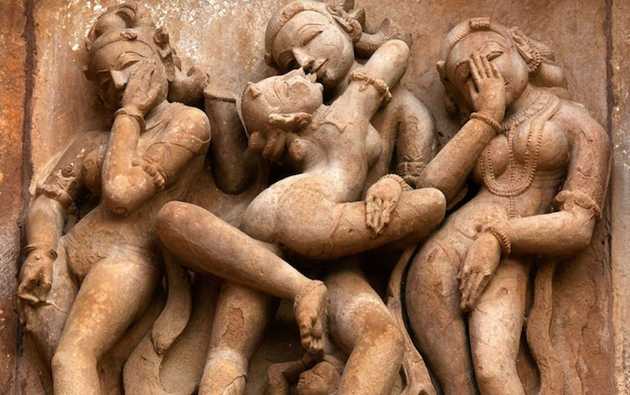