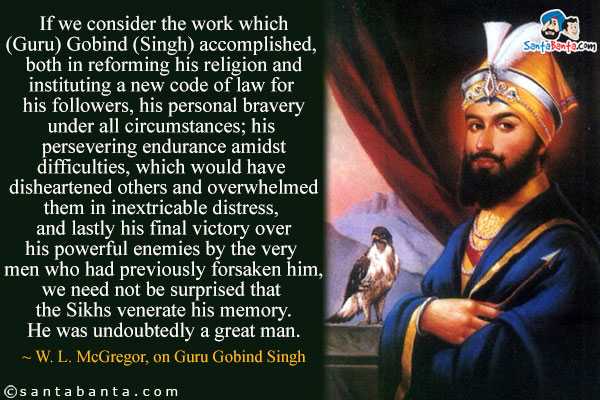 'Manas Ki Jaat Sabhae Ekae Pehchaanbo' that in English means 'Recognize the whole human race as one' is the message that the world needs today in order to establish global peace. Such words were uttered by a divine soul that was known as Gobind Rai, the only son born to the 9th Master Guru Tegh Bahadur and Mata Gujari in the year 1666 at Patna, Bihar (Takht Patna Sahib commemorates Gobind Rai's birth). Gobind Rai later became the 10th Master of Sikhism and is famously known by the name Guru Gobind Singh. He couldspeak many languages such as Persian and Sanskrit.

After spending 4 years in Bihar, Gobind Rai and his family shifted to Anandpur Sahib. During those times, Mughal rule had spread to large parts of India under the leadership of Aurangzeb. The predominant religious fanaticism and violence associated with it forced the Kashmiri Pandits to seek 9th Master's aid in this matter. Guru Tegh Bahadur replied that a great sacrifice from someone needs to be made for this cause. To this, a nine-year-old Gobind Rai commented, "Who could be as great as you father to make such a sacrifice." As a consequence Guru Tegh Bahadur along with 3 of his Sikhs were martyred at Chandni Chowk in November, 1675 under the orders of Aurangzeb due to their refusal to change their faith. Ultimately, Gobind Rai became the 10th Guru in 1676. Guru Gobind Rai continued with his education and training in martial arts and other battle oriented activities.

Like the previous Gurus, Gobind Rai also engaged in many battles, predominantly with Mughals and Hill Rajput chiefs. Guru had strictly instructed his Sikhs to adopt non-violence and to use violence only as the last resort. Guru Gobind Rai was also an exceptional poet who had the grasp of many languages. All of his literary works have been compiled in a book named 'Dasam Granth'. The famous hymns Jaap Sahib, Tva Prasad Sawaiye and Chaupai Sahib which the Sikhs recite daily in the morning are inscribed in this book.

On 13th April, 1699, a congregation was organized at Anandpur Sahib where Guru Gobind asked for volunteers to make sacrifice for the Guru by giving their heads. Five men from different social backgrounds stood up and consequently 'Khalsa Panth' was formed (Takht Kesgarh Sahib commemorates the event). Guru emphasized on gender equality within the Panth by instructing both men and women to follow the same code of conduct including the wearing of the 5 Kakars. Out of these, the Kirpan (dagger) has been intended for use in either self defense or against injustice. It is also mandatory for the Khalsa to renounce their social backgrounds. So, when Guru himself underwent the ceremony of baptism, he then came to be known as Guru Gobind Singh. The Guru also instructed the Sikhs to donate 10% of their earnings to charity on regular basis. 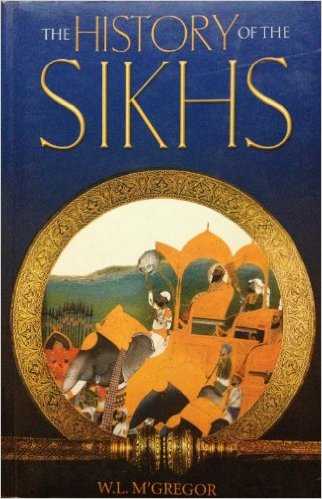 The Guru was also a father to 4 sons whom he considered as blessings from God Himself. The Guru was a warrior by heart who considered standing up for righteousness as the prime objective and because of which he had to lose his sons. The 2 elder sons (Ajit Singh and Jujhar Singh) were martyred in the Battle of Chamkaur where approximately 50 Singhs were outnumbered by 1 million Mughals and Hill Rajputs. The 2 younger sons (Fateh Singh and Zorawar Singh) were bricked alive at Sirhind under the orders of Wazir Khan. All the 4 sons are an example of remarkable valour who happily accepted death rather than surrendering to tyranny.

A famous chapter of Dasam Granth named 'Zaffarnamah' (letter of victory) was written by Guru Gobind Singh dedicated to Aurangzeb depicting his cowardice and false oaths he undertook to execute the Guru from behind.

Guru Gobind Singh is also known as 'Sarbans Dani' because he sacrificed his whole family for the sake of righteousness.Later in 1708, Guru Gobind Singh ordered the Sikhs to consider the Granth Sahib (compilation of hymns composed by 6 Gurus and devotees from different faiths) as their Guru forever. The essence of the hymns can be rejoiced at in the form of music called 'Gurbani Kirtan'.