Shiv Sena To Call The Shots? 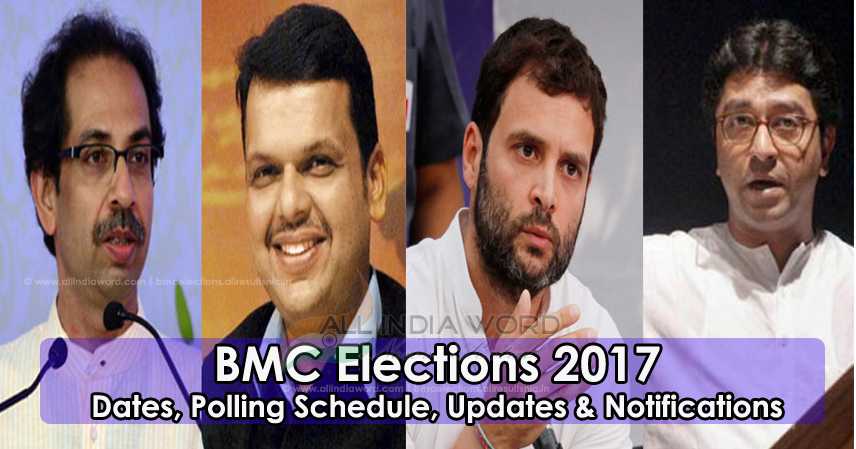 In less than a month, India’s richest civic body and Asia’s largest local government organization – Brihanmumbai Municipal Corporation (BMC) is scheduled to go to polls. The leading dramatis personae in this poll Dangal are bickering buddies Shiv Sena and the Bharatiya Janata Party (BJP), besides the Congress, Maharashtra Navnirman Sena (MNS), the Nationalist Congress Party (NCP) and some in the fringe.

With the polling date, February 21, drawing closer with each passing day, alliance talks between Sena and BJP have certainly picked up momentum. Already alliance partners in Maharashtra and at the Centre, the two parties have apparently made strange bed fellows. While at both places, the BJP has been leading the alliance governments, Sena has lost no opportunity for BJP-bashing and criticizing policies of the governments they themselves are part of. Be it the Centre’s move of demonetization, or its decision to launch surgical strikes inside Pakistan-occupied Kashmir, Sena has always sided with the Opposition in lambasting the Narendra Modi government. Back home too, its attitude towards the Devendra Fadnavis government has been no different. It has amply proved to be an embarrassment for its senior alliance partner. On more than one occasion, the BJP has even told Sena to quit the alliance and get lost. But nothing has worked.

Now, seat-sharing talks between the two parties for the civic polls have hit the wall barely days after they started. According to reports, while the BJP has demanded 114 seats out of the total 227, Sena is unwilling to concede more than 60. With a series of astounding successes in recent polls across the country behind them, BJP leaders feel that the time has come for Sena to play the second fiddle in Maharashtra.

Also the fact that this is the first time after Sena patriarch Balasaheb Trackeray’s demise that the party is going to contest such an important election in Mumbai, there might be a question mark over the winnability of its candidates in many seats. That’s the logic the BJP is forwarding, while demanding a larger seat share. However, the Sena, which had contested 155 seats in the last BMC polls, has so far proved to be a hard nut to crack. Sena emissaries Ravindra Mirlekar, Anil Desai and Anil Parab are further expected to give tough time to their BJP counterparts Ashish Shelar, Vinod Tawde and Prakash Mehta during their ongoing seat-sharing talks.

In the meantime, in an apparent bid to put pressure on the BJP, Sena had gone ahead and released its manifesto on January 22, on the occasion of Balasaheb’s 91st birth anniversary. On the other hand, though the BJP has readied its draft manifesto, it has chosen to wait a bit before making it public in order to give the seat-sharing talks a chance. BJP insiders say that in its draft manifesto, the party has promised to not only get all the clearances from the Central government for the ambitious coastal road, but also to make sure that the project is completed within three years. Apart from this, it is also going to promise LED lighting of Marine Drive if voted to govern the city.

The second promise is contentious with the Sena taking a diametrically opposite position. It believes that removing the sodium vapour lamps from Marine Drive and replacing them with LED lights will rob the beauty of Queen’s Necklace. This begs the question, how a common manifesto could be chalked out if two alliance partners have contrarian standpoints on almost every issue.

There is a murmur of discontent among some Mumbai BJP leaders over pre-poll alliance with the Sena. These leaders feel the party doesn’t need any such arrangement at all. In any case, with the popularity of the party soaring on the basis of the performance of both Modi and Fadnavis governments, it doesn’t need the Shiv Sena to piggyback on, they argue. However, the moderates in the party seem to be more circumspect with an eye on the Maratha vote. Recent show of strength by the Marathas for reservation has made them realize that without the support of Sena, the BJP may lose the community’s vote as they may choose to go for other local parties.

Latest reports suggest that both the parties are making up their minds to go solo. According to political pundits, in such a scenario, the civic poll is likely to throw up a fractured verdict, eventually leading to a post-poll alliance between the two. They will fight, they will bicker, they will get at each other’s throat, but they will stay together like an Indian marriage. The more the disagreement, the stronger the bond!