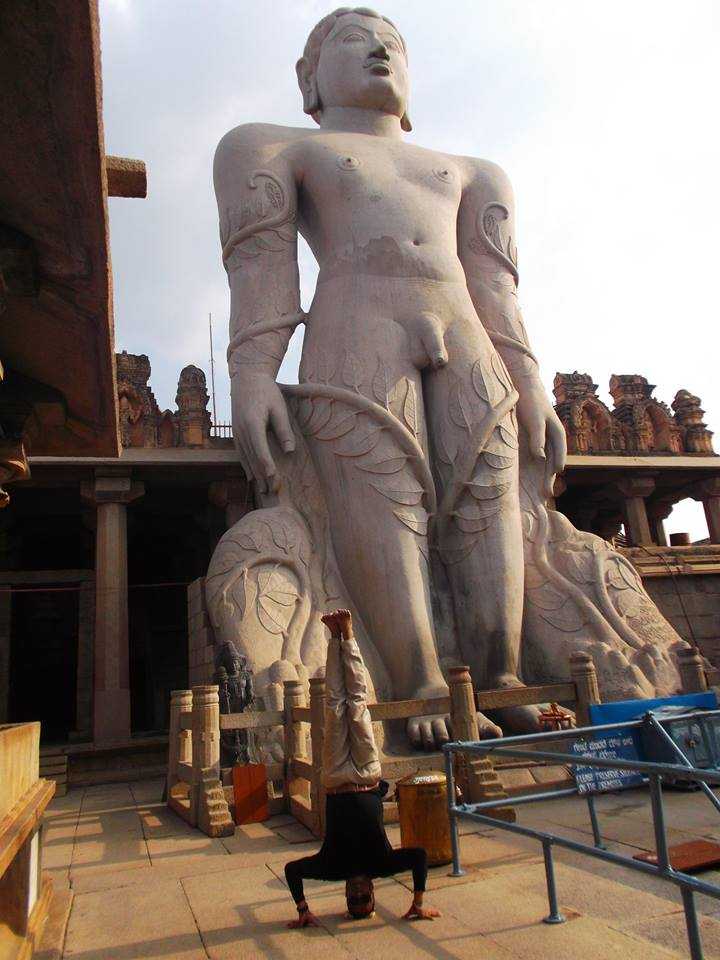 Vishnuvardhana (r.1108–1152 CE) was a king of the Hoysala Empire in what is today the modern state of Karnataka, India. He ascended the Hoysala throne after the death of his elder brother Veera Ballala I in c.1108. Originally a follower of Jainism and known as Bitti Deva, he came under the influence of the Hindu philosopher Ramanujacharya, converted to Hindu Vaishnavism and took the name Vishnuvardhana". Vishnuvardhana took the first steps in creating an independent Hoysala Empire in South India through a series of battles against his overlord, the Western Chalukya King Vikramaditya VI, and the Chola Empire to the south.

Vishnuvardhana was a great builder. To celebrate his success against the Cholas, he build the spectacular Veeranarayana temple at Belur (also called the Chennakesava Temple, dedicated to the Hindu god Vishnu). Around the same time, the Hoysaleswara Temple, more ornate than the one at Belur and dedicated to the Hindu god Shiva was consecrated at Halebeedu, The temples of Belur and Halebidu are a proposed UNESCO world heritage sites With in the Chennakesava temple complex at Somanathpura near mysuru is the smaller yet ornate Kappe Chennigaraya temple built by Vishnuvardhana's noted queen Shantaladevi. 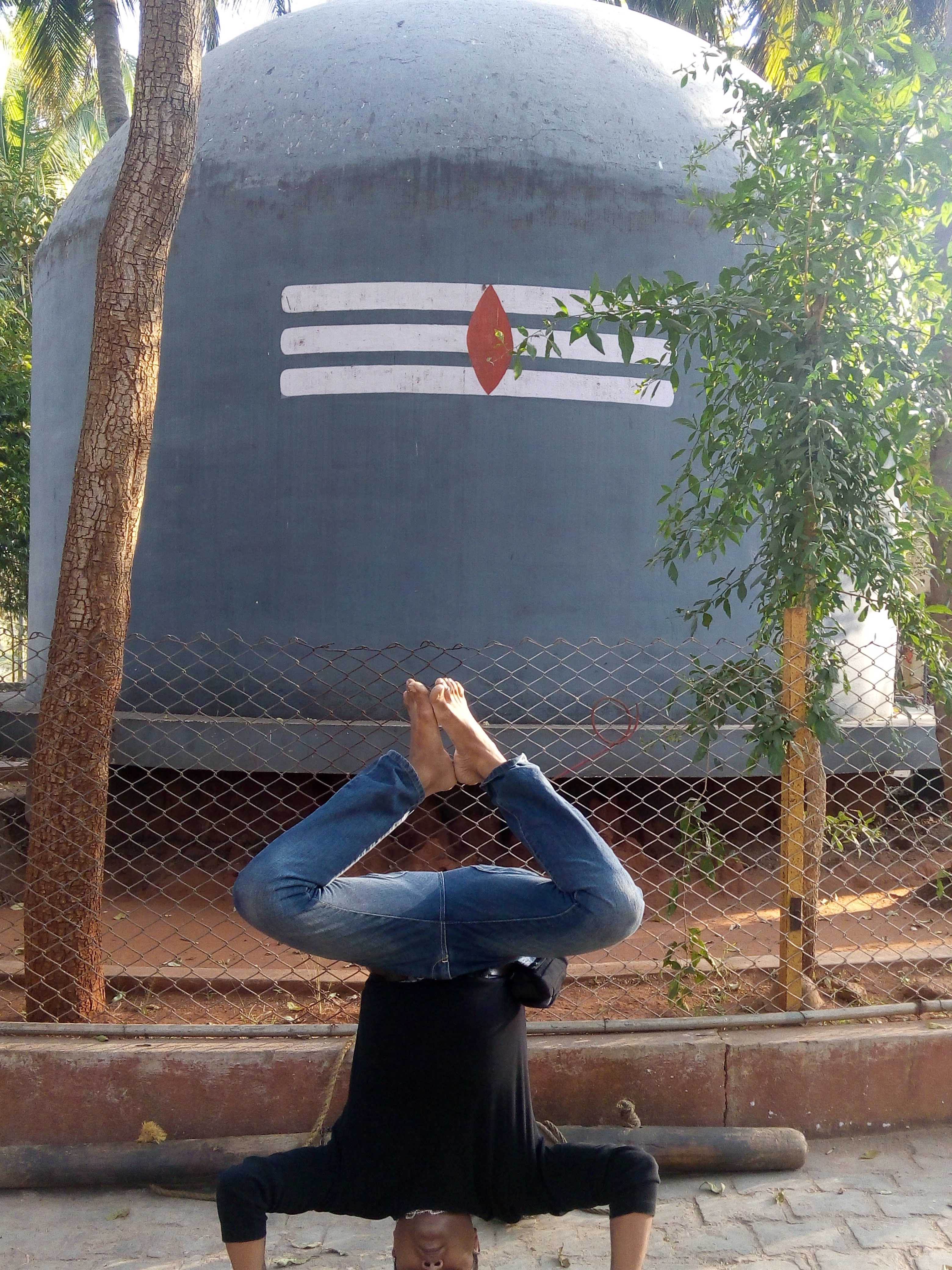 Fnbworld: What’s your full name and give us a brief about your family?

My complete name is KAGGADASA SRINIVASAN BADARINARAYAN and my FATHER’S NAME is KAGGADASA DORAISWAMY SRINIVASAN. My mother's name is CHAKRAVARTHI RAJA IYENGAR BHARATHI. I was born on 27th April 1973 in the beautiful womb of an iron-willed woman: Chakravarthy Raja Iyengar Bharathi, who has the ancestral blood of First Governor of Free India: Chakravarthy Raja Gopala Chary. 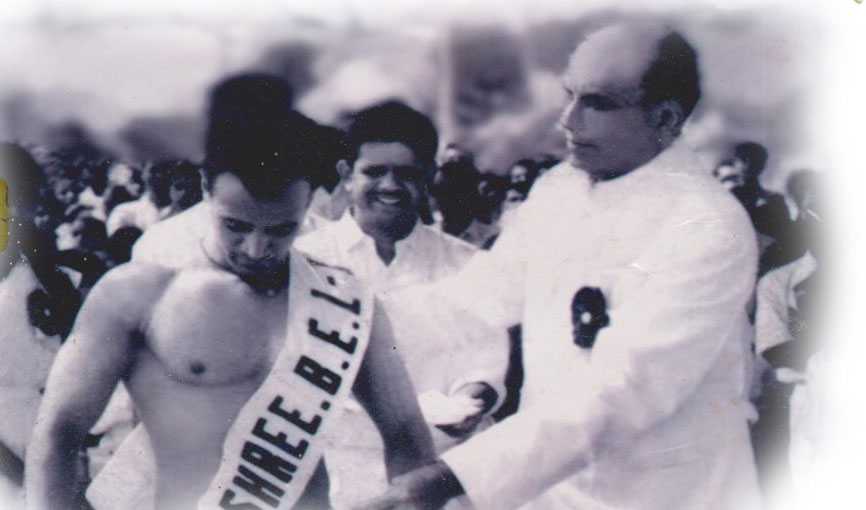 My father K.D.SRINIVASAN was a self-trained body-builder and was awarded by the then Chief Minister in 1960. 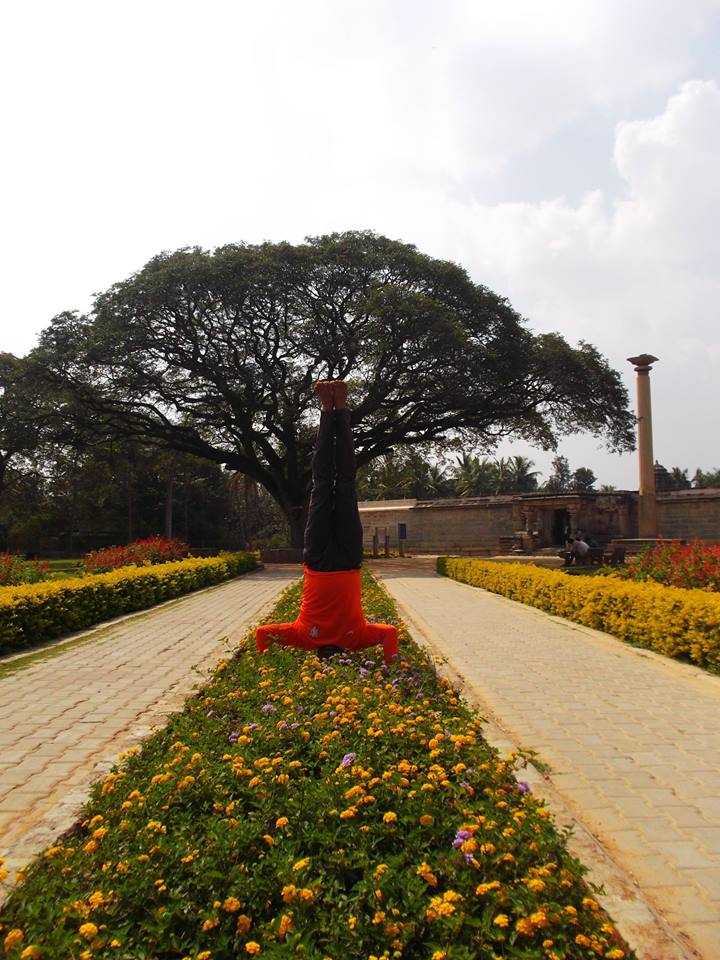 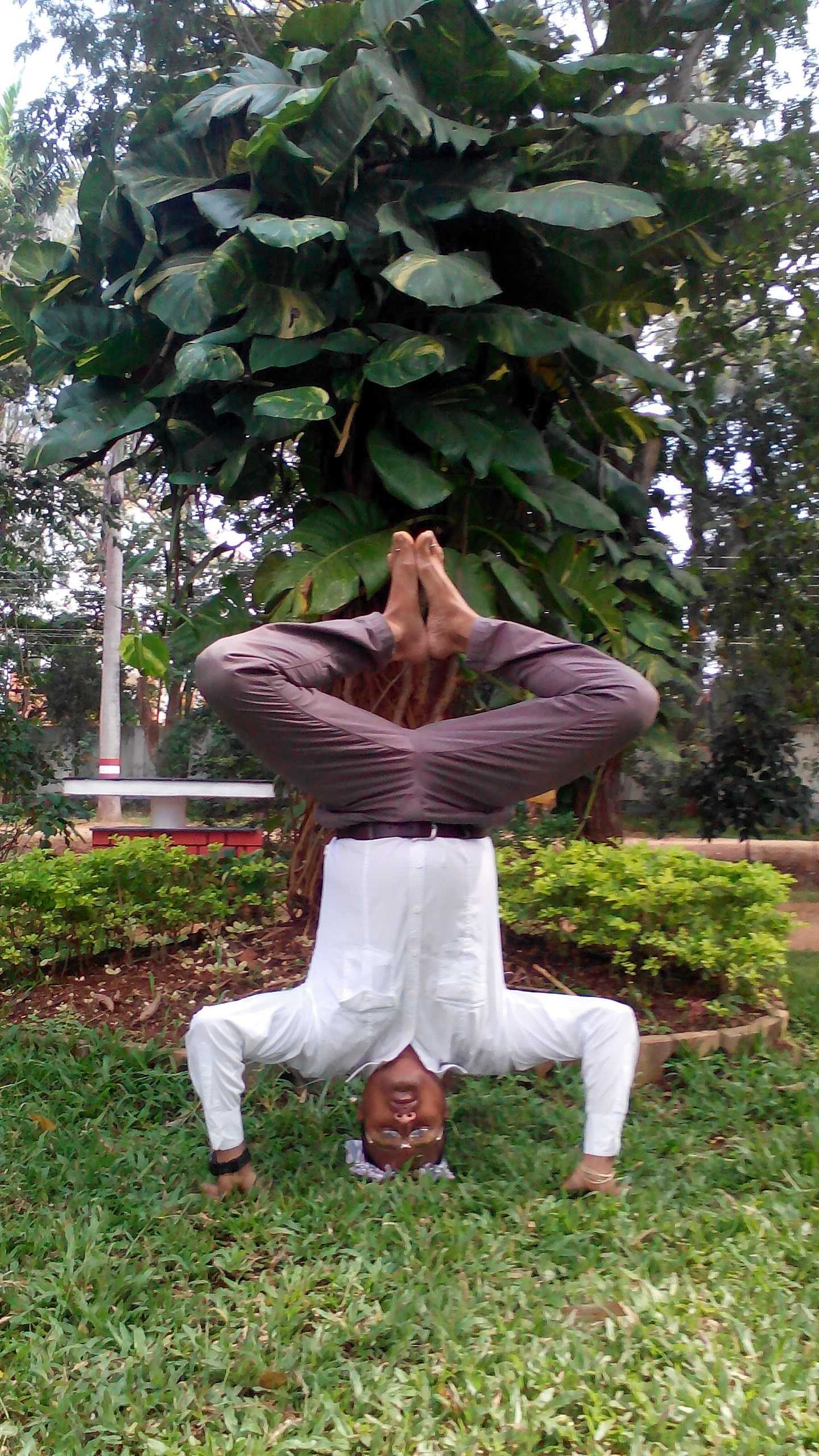 Fnbworld: Are there some accomplishments you’d wish

to recall for us?

I grew up in a family of Chaste SRIVAISHNAVA IYENGARS. I am a self-made person being an accomplished:

Fnbworld: When did you start practicing yoga and who inspired you?

Badari: I started practicing YOGA – Especially “THE KING OF ASANAS – SIRSASANA “at the age of 20, wherein I had a special liking towards SIRSASANA having read the experiences of Swami Sivananda whose book changed my Life.

Fnbworld: What are the benefits of this special yoga? 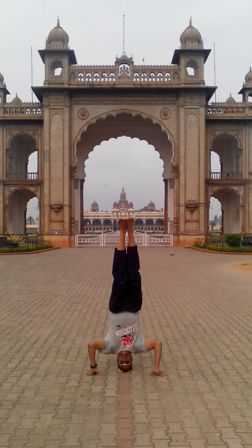 Badari: According to Swami Sivananda whose favorite asana was SIRSASAN through which one can achieve perfect health by practicing it.

The Headstand or Sirsasanais referred to as the ‘king of the asanas’ and hence is one of the most powerful asanas for the mind and body. Mastering a headstand can be intimidating but if you could let go of your fears and believe that you can do it, you’ll probably one day just get into it with ease. 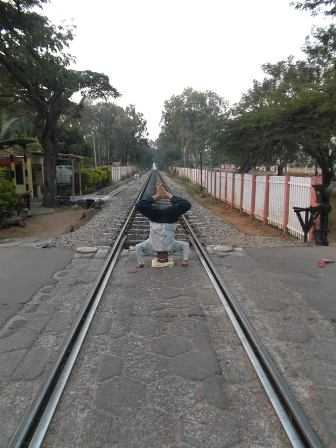 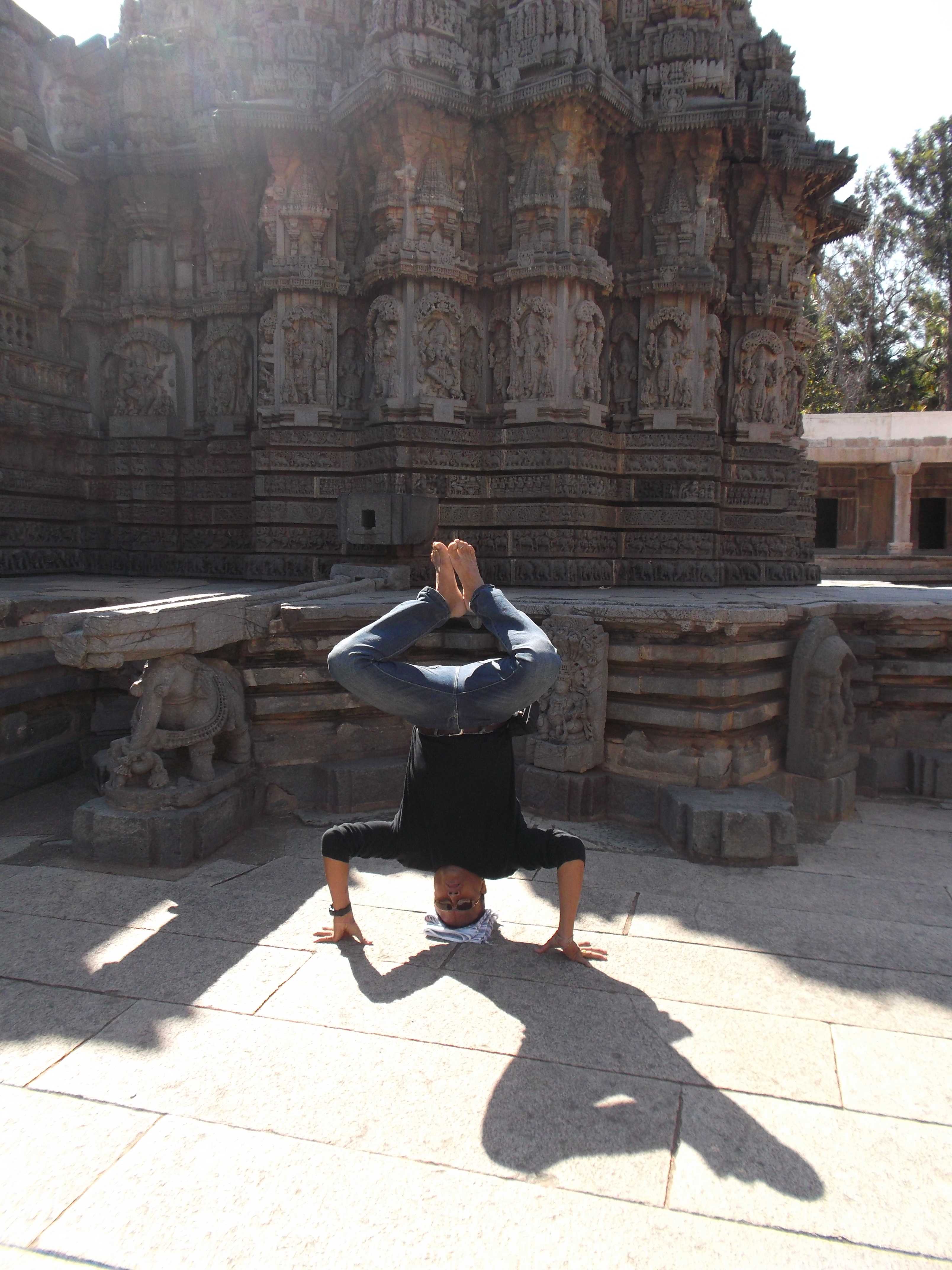 Fnbworld: What are its physical benefits?

It slows down respiration and the heartbeat, therefore making the respiratory and the circulatory system strong.

The brain, spinal cord and sympathetic nervous system are supplied with an increased flow of blood rich nutrients. Inverting the body enhances deep breathing, and brings oxygen rich blood to the brain.

Badari: Practicing the Headstand regularly will lead to increased memory, improved concentration and improved sensory faculties (eyesight, hearing). The mind will be calmed with increased control of ones emotions and self-confidence will improve and you will have more empathy for others.

Fnbworld: Are there any special precautions to be observed 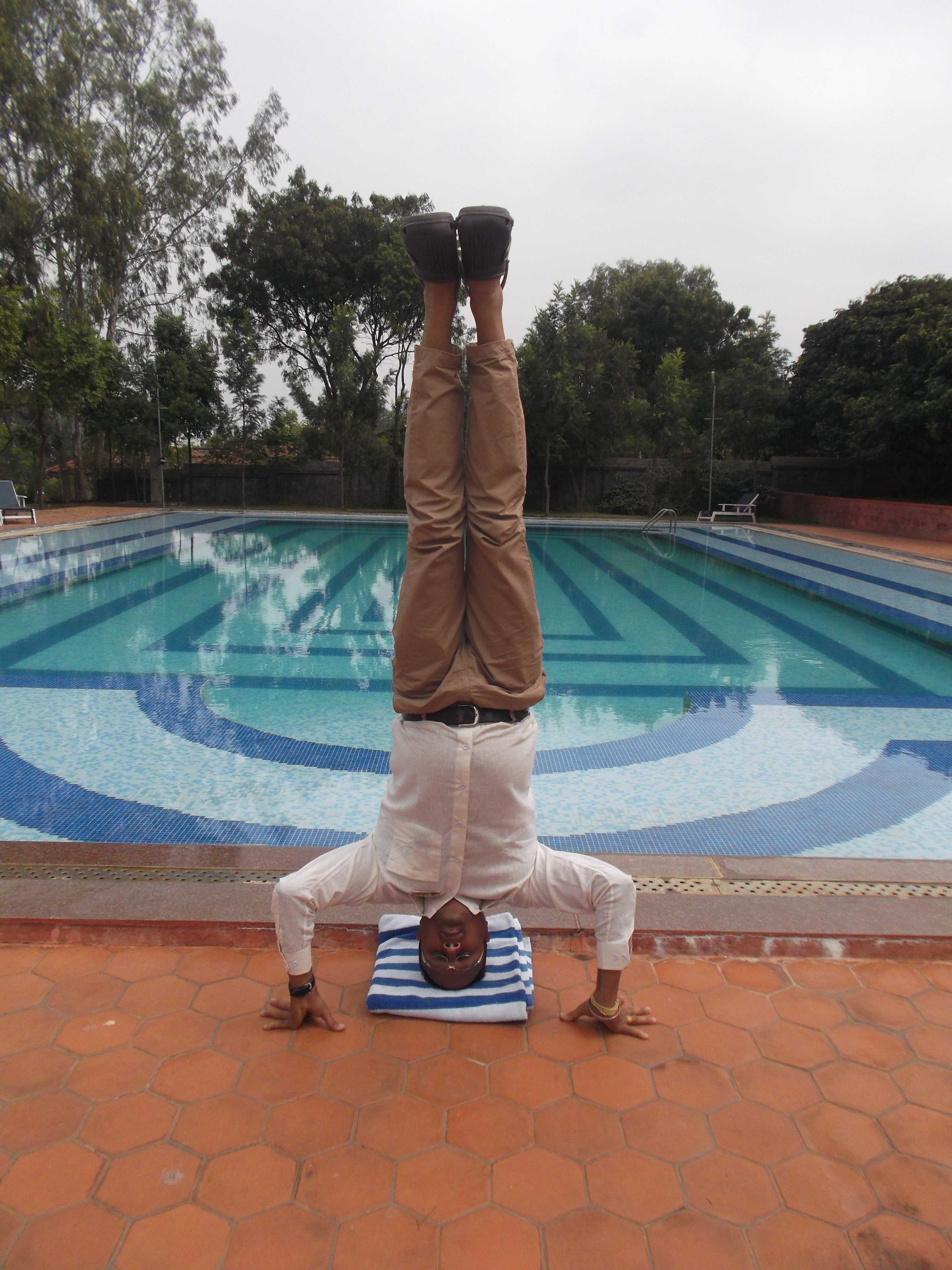 Badari: Do not practice this pose if you have either had a back or neck injury, suffer from headaches, have high blood pressure or low blood pressure or have an existing heart condition.This pose should not be performed while menstruating.It is not advisable to practice this pose while pregnant, unless you are familiar and quite experienced in doing this pose, before pregnancy. 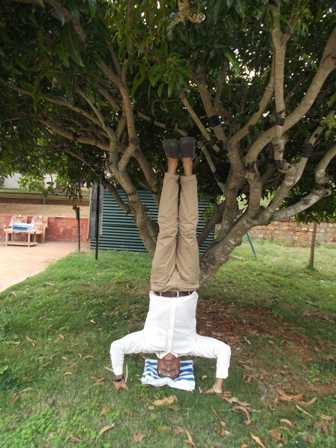