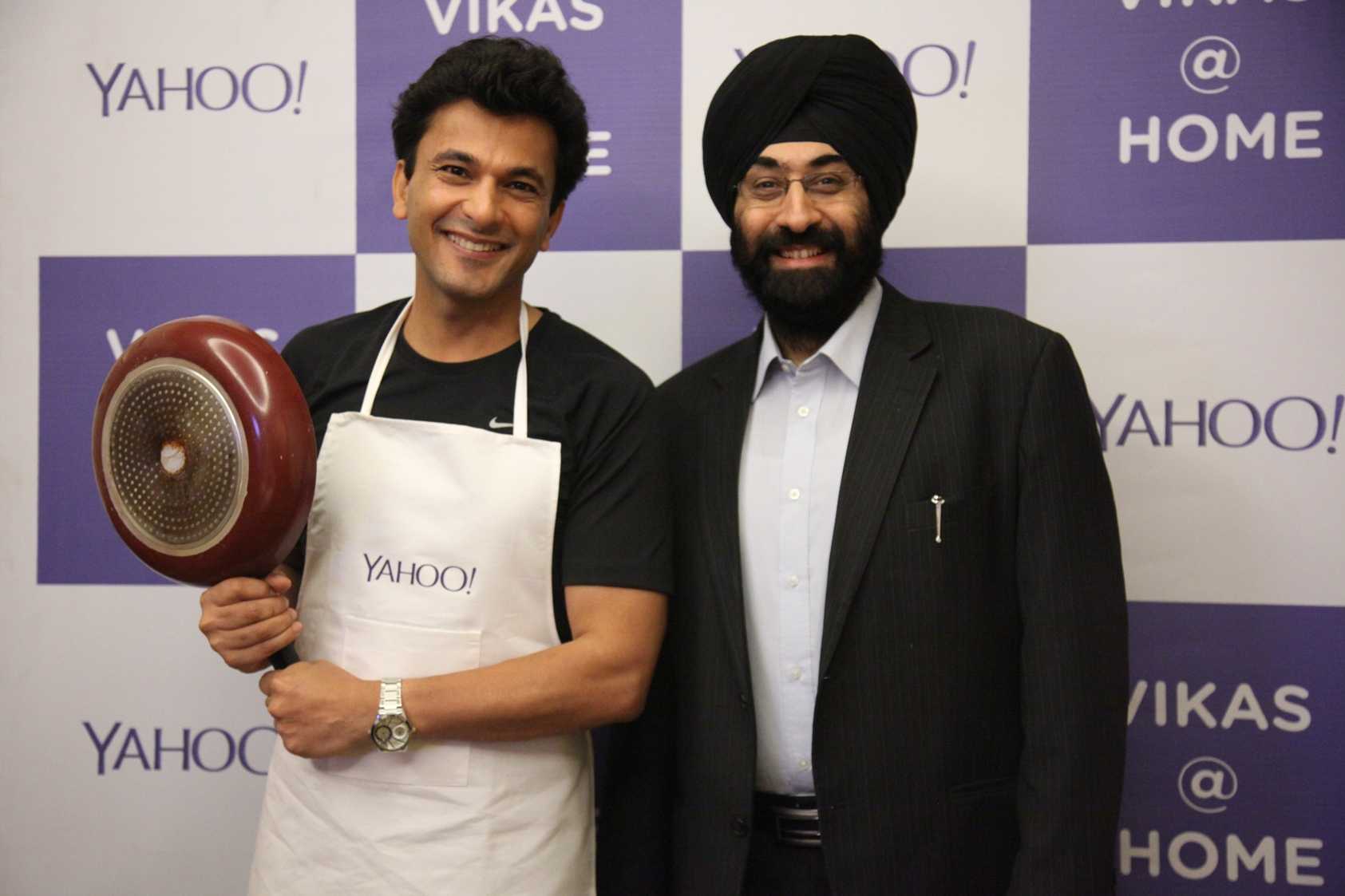 With Vikas@Home on Yahoo Lifestyle users can now learn gourmet Indian cuisine right in the comfort of their own kitchen – on recipes which are specially crafted by Vikas Khanna. The series also has Vikas sharing tips and techniques – from chopping to plating – which add taste and flavor to Indian cooking. The series is developed around the belief that anyone can cook. It is meant to teach amateurs about the basics of Indian cooking, and help the experienced fine-tune their techniques.

Cuisine is not just about recipes, it is also about stories, memories, experiments and explorations. These recipes handpicked by Vikas reflect the regional and traditional flavors of India. Vikas@Home brings this up beautifully with Vikas sharing his own stories and memories about the food he creates.

Vikas@Home uses video, blogs, articles, behind-the-scenes, kitchen tutorials to create an exciting learning experience for the user. Viewers will also have an opportunity to chat with Vikas directly through Yahoo Messenger.

In keeping with Yahoo’s focus on mobile, the show with its rich immersive experience is available on PCs, smart phones and tablets.

Chef Vikas Khanna born November 14, 1971 is an award winning Michelin Starred Indian chef, restaurateur, filmmaker, humanitarian and the host of the TV Show MasterChef India (season 2) and MasterChef India (season 3). He is based in NewYork City. In 2011, People magazine named Khanna in the list of "Sexiest Man Alive" and also referred to as "The Hottest Chef of America". Born in Amritsar, India to Davinder and Bindu Khanna is the second child. He has one older brother, and one younger sister, a fashion entrepreneur, who also lives in Manhattan.

He began developing recipes at a very young age and opened Lawrence Gardens Banquets to host weddings and family functions when he was 17. He graduated from the Welcomgroup Graduate School of Hotel Administration in 1991, and established SAANCH, a cultural festival gala, to bring together various foods and traditions from different parts of India.

This festival has been an important event in the college's calendar. He has worked for the Taj, Oberoi, Welcomgroup, and Leela Group of Hotels and with some of the most influential chefs of the world including Gordon Ramsay, Bobby Flay, Jean-Georges Vongerichten.

Yahoo! is focused on creating deeply personal digital experiences that keep more than half a billion people connected to what matters most to them, across devices and around the globe. Yahoo!’s unique combination of Science + Art + Scale connects advertisers to the consumers who build their businesses. Yahoo! is headquartered in Sunnyvale, California. For more information, visit the pressroom (pressroom.yahoo.net) or the company's blog, Yodel Anecdotal (yodel.yahoo.com).