MODI - THE MAN WHO REDEFINED 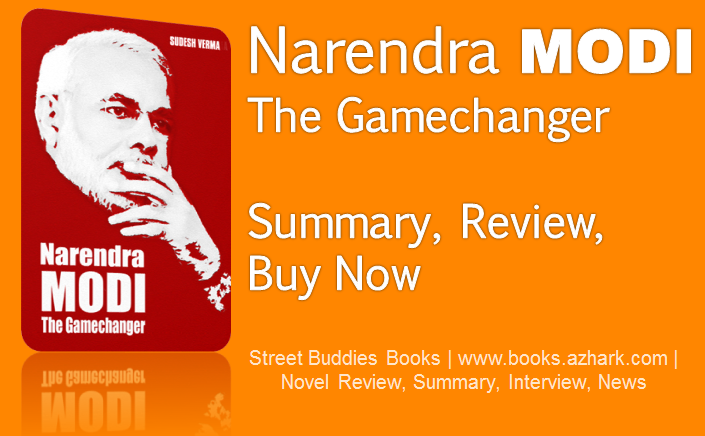 In the annals of India's political history since Independence, no other regional leader gained so much national attention and glory as Gujarat Chief Minister Narendra Modi, the man of the moment, who so gracefully exited the shackles of widespread ironies and controversies that had pitifully jammed his persona for years. He emerged unscathed from the lore of his vexing critics who stood guards for Sonia Gandhi's much upbraided United Progressive Alliance and took turns to claim their pound of flesh from Modi's almost impregnable gene. In a miraculous show of integrity and faith to his people, Modi has travelled straight to become the Prime Minister of India, the largest democracy of the world. And this 2014 poll mandate has been a phenomenon in itself, having brought a single party rule, throwing away the noxious era of coalitions that generated corruption, misrule and arrogance. 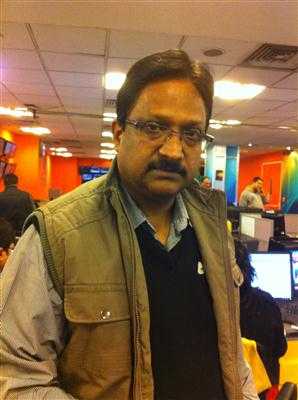 While the world is wondering how amazingly Modi has risen to power in a country that has conflicts aplenty on the platform with so much stuff perennially flowing against him, country men have taken it easy to anoint him as their "indispensible" leader. Is it, the majority view of the nation fixed its gaze on this man because none else was seen suitable to surmount the challenges the country faces from within and outside? If he has built up his strong-man image, has it been through his excellent performance as three-time CM of Gujarat where he presented a progressive model of all-round development, clean governance and schemes for people's social and personal growth? Or, through a conscious process of selective amnesia and cynical manipulation through his power of oratory and PR management? Many of his diehard critics and pseudo secularists think so. But can the majority of 1.2 billion people be taken for a ride by empty slogans and glib talk of a leader who has faced much flak and remained controversial since 2002 communal riots in Gujarat that followed the Godhra carnage?

Why was Godhra's ghastly tragedy , in which 59 Ramsewaks were burnt alive in a Sabarmati Express coach, not taken seriously by Parliament and the situation was allowed to escalate into major riots ? Even the Central budget was tabled in Lok Sabha the next day without even paying respect to the victims. What would have been the reaction in the country, had the victims been Muslims ? Why did the 'secularists" beat their chests every time Modi spoke of development and national issues ? Why did they create insecurity among the minority community, flinging terror tips such as "Modi would kill all Muslims." Well, how absurd was this and how had that remained under wraps has become clearer now, after the country has given a massive mandate to Modi and his BJP.

Why was Modi described as a "mass murderer," "maut ka saudagar," a "monster" or an "RSS goon", even though he had taken swift action against the rioters to minimize the damage ? Compare this to the ugly killings of 1984 riots following Indira Gandhi's assassination, in which some 8,000 Sikhs were brutally burnt alive in the country, including more than 3,000 in Delhi. The violence  in the Capital escalated right under the nose of then Prime Minister Rajiv Gandhi, who gleefully theorized, "When big tree falls, earth shakes," instead of quickly deploying the Army to check killings of innocent people. Senior Congress men were leading rioters who were looting and killing people. But a distraught PM just looked nonchalant, because he had lost his mother to the bullets of Sikh terrorists.

Does it lie in the exceptional skills of Modi effectively cashing in on the UPA misrule, dynasty and corruption nullifying, at the same time, the effect of a few people-friendly measures like MGNREGA, food security and land acquisition laws, as he himself had reservations on these measures, even though they were backed by his BJP ? Whatever be the causative factors behind his rise to power, strength of his leadership and clean image stand out as the main reasons of his popularity. But then all the questions that intrigue the people's minds at large look for answers.

For straight answers, one must go to Sudesh Verma's book, "Narendra Modi - The Game Changer." The author, a senior journalist with 20-year media credentials, painstakingly goes deeper into facts, all through substantiated evidences, on why Modi is the right choice of the nation and why the people have liked him despite million tongues having tried to sully his reputation. It's not for nothing that TIME magazine sees Modi as an undisputed, charismatic leader of India. In its appraisal of his leadership, the magazine says: " But when others think of someone who can bring India out of the mire of chronic corruption and inefficiency--of a firm, no-nonsense leader who will set the nation on a course of development that might finally put it on par with China--they think of Modi." The author rightly dedicates his book to "The poorest and the weakest who look at Narendra Modi with hope."

The chapter on Gujarat riots gives an exhaustive account of disturbances right from 1893 to 2002, the last one that occurred during Modi's stewardship. The worst Hindu-Muslim riots since Independence took place in September 1969 which claimed 660 lives and maimed over 1,ooo people. There have been hundreds of riots in the state which took thousands of lives under the Congress regimes, but none ever figures in public debates. Against this, 2002 riot under the Modi regime has remained a live source of conflagration in public mind. Why? Is it, the ruling Congress elites ever made it convenient to fuel communal fire of hatred and violence to browbeat BJP, its only formidable rival in political reckoning.

That is why Salim Khan, renowned film script writer, questions: "Do we even remember any other Chief Minister since Independence under whose regime riots took place ? Why are they not talking of the Muzaffarnagar riots that happened in 2013 ? Journalist and author M J Akbar, now a Bjp leader, says: “In fact, I have never seen any leader who can climb up in public opinion by defeating media negativity. Nobody in the history of modern India has got so much negative press. Nobody." All that speaks for Modi's extraordinary leadership qualities which have sharply sidetracked all the negative publicity that his detractors (read Congress and its self-styled "secular" cohorts) chose to slurry Modi with.

A dozen books have appeared on Modi in the market in recent times, focusing on his personal as well as political attributes. As usual, the book market always welcomes scripted information on leaders who emerge as invincible stars. On shuffling pages, I have found Sudesh Verma's book carrying, by far, the most credible account of how Modi has evolved as Prime minister-designate from his origins in dusty interiors of the country as an RSS ‘pracharak’..Congrats and good luck to Modi, his party and the people, especially youngsters, on giving a decisive mandate 2014..!