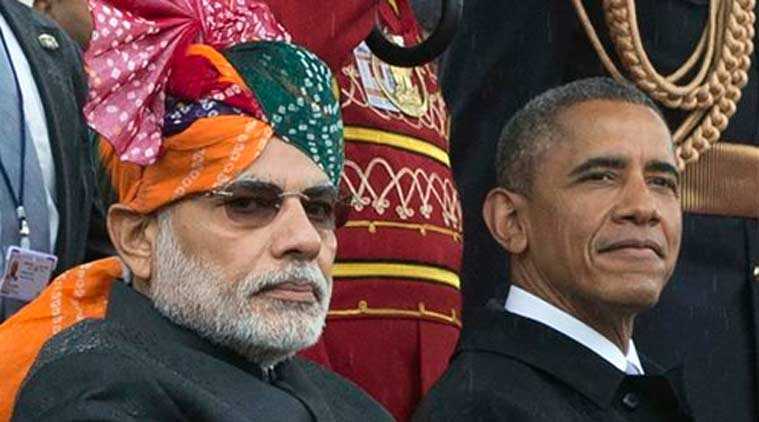 Was it the crony socialism that enabled the Congress under Jawahar Lal Nehru to establish its stone-walled empire and worked its way through social engineering and populist policies in independent India for the sake of big mandate that brought it power and pelf? If that was so, why not this policy of unequal appeasement that allows mostly undeserved largesse and socially untenable concessions, must go now without a second thought, if the country has to stay in the fiercely competitive march to progress, along with major world powers. We are now far behind China, an erstwhile closed Communist country, which broke off the closet with little rumination when its leadership decisively moved to take on the United States, the ultimate superpower on the earth. The coming on the scene of Prime Minister Narendra Modi, dislodging an incorrigibly corrupt Congress regime, had kindled immeasurably high hopes of an India where there would be only development, prosperity, plenty of jobs, happiness, strong security scenario and no pain at all.

But Modi is a human being who doesn’t wield a magic wand. So, is it justified to corner him as the highly aspiring Indians who chose to reject the scam-laced Congress and brought into governance the saffron leader, are not reconciled to the obtaining state of governance today, even though his govt has been working very hard, despite numerous obstructions, to bring in an era of reasonable prosperity, where there will be no reign of abject poverty, joblessness and social disparities. However, with the people's ambitions soaring sky-high, the NDA govt has to do substantially much more, now that it has completed two years in office, reasonably a good time to show its work and pace on its blueprint. It must break economic status quoism and move fast on a social transformation strategy with structured development at the centre, ensuring simultaneously an effective check on the forces of divisiveness and destruction. 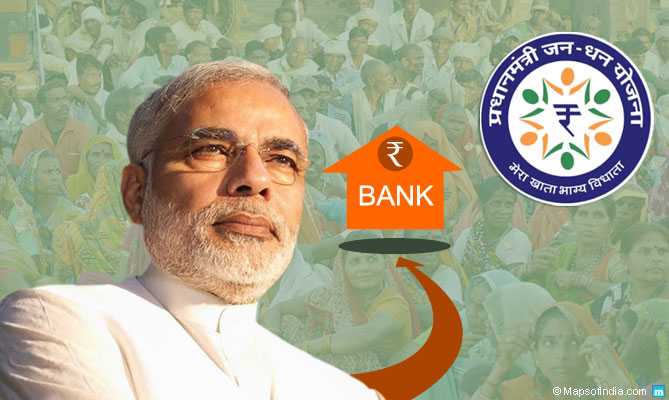 The Modi govt took command in a situation where the image of the erstwhile Congress ruling class had gone abysmally low, where the system had been driven by extreme political considerations and cheap populism to perpetuate the party rule, with corrupt practices playing their dirty games. With the sole exception of Narasimha Rao govt in early nineties that brought some exemplary reforms, all Congress regimes tried to promote their hold on voters through caste and class divisions and by measures that witnessed more and more unreasonable economic giveaways in the form of gifts, subsidies and freebies. If in the wake of Bihar and Tamil Nadu elections, money, gifts and liquor were openly distributed as bribes for vote by the contestants, it was extension of the practice long pursued by a Congress that had accumulated wealth as a ruling party for decades.

Under the Congress rule, thousands of crores of farm loans were written off year after year to please the defaulting farmers, even in the seasons of normal crops, all at a heavy cost to public exchequer. Community-based appeasement policy was vigorously pursued. Instead of generating jobs for 8 to 10 million youth every year, the Congress rulers opted to give them free ration and wherewithal at the cost of tax-paying public, thus creating restless fissures in the society. Today, if I don't get farm labourer to work in my fields, it's not because the entire workforce of my village has migrated to cities in search of work, but because they need no more to work in farms, so long as they get free ration to feed their bellies. Simply put, even the able-bodied youngsters among the BPL communities have been rendered inert and lethargic, almost wholly unwilling to work, by vote-seeking, power-hungry politicians. Yes, I agree, state must help poor and the needy people in a progressive, egalitarian society, but only when they genuinely need those crutches. The situation now is that no govt can afford to withdraw the freebies even from those who are neither poor nor 'socially disabled.' Can anyone, for instance, take reservation away today from the creamy layer, on whose side both power and wealth reign supreme to the chagrin of their less lucky mass of brethren ?

So, when the Congress attacks the NDA regime that "there have been only lectures and no governance since it came to power. It has failed on each front",  the charge looks pitiably hollow, cruel and acrimonious. The poll defeats have gone so deep in the psyche of Congress leaders that they want their legislators to swear allegiance to Sonia and Rahul Gandhi. This is happening in West Bengal where they fear quick desertion in the party. Have these leaders ever realized that it is no mean achievement that the NDA govt has tackled the country's low growth and turned its economy fastest growing in the world with an enviable above 7% growth and also mounted noticeable crackdown on corruption in high offices in the first two years of its rule. Foreign exchange reserves now stand at all-time high of $360 billion, with current account deficit brought down to below 2%.

Everyone appreciates that there is transparency in the functioning of Central ministers and officers. They are easily accessible to the public to listen to their grievances. Even though the promise to bring black money from abroad remains yet unfulfilled, the govt has shown alacrity to move fast in the midst of foreign banks’resistance to provide information on the Indians’ slush money stashed there.To curb circulation of black money, the govt has a strong benami law on the anvil. Besides, 'Swachh Bharat', 'Make in India', 'Skill India', 'Digital India', 'Smart Cities', 'Jan Dhan Yojna', 'Start-up' initiatives show vision that have potential to take the country forward. The govt has ably tackled inflation, initiated a realistic foreign policy, keeping Pakistan, China and other regional powers at the core of intimate interactions. Significantly, India signed with the US new defence pacts, including a 10-year defense cooperation framework that represent a new dynamic in efforts to strengthen their security scenario vis-a-vis China.

The recent aggressive maritime moves by Beijing in the South China Sea and the Indian Ocean have forced the regional powers to align closer with Washington, something President Obama loved to work on. The new pact includes co-production of naval defense capabilities, under which the US will help India build and design an aircraft carrier and jet engines. Modi is tirelessly working to deepen ties with other major world powers as well, including a few in the Middle East. Besides, far-reaching reforms are coming in the defence sector.

The govt's action on mineral resources, spectrum, FM radio, etc, the major areas that earlier brew corruption, have now been turned into revenue-making propositions. Strong initiative of high capital investment in areas, such as road and railways, has brought laurels to the govt. Giving 25 more commercial airports to the country is not a small feat.

On major reforms record figure such initiatives as decontrol of diesel prices, improving ease of doing business, freedom to RBI to pursue willful defaulters and banks, liberalizing FDI rules, high FDI inflows, among others. Important reform measures, among them Insurance Amendment Bill, Insolvency and Bankruptcy Bill, Adhar Bill, etc, have been passed. Monetary policy framework is an important instrument to strengthen RBI. It's important that PM has taken the reservation shown by RBI Governor Raghuram Rajan on some policy matters in right spirit. His spontaneous acceptance of the principle of critical appreciation is a positive sign of governance.

In the midst of multiple challenges that the Modi govt currently faces, especially after the positive response he electorally received despite many heavy odds, he must revamp governance, boost economic growth and resolutely consolidate the govt's gains. Top priority should be to implement GST under which the taxation burden will be divided equitably between manufacturing and services, through a lower tax rate by raising  the tax base and minimizing exemptions. GST will be levied only at the destination point, not at various points, from manufacturing to retail outlets. The govt looks firm to get it cleared as wider support is now coming forth in the Rajya Sabha for this key measure, which will yield rich dividends. In the present scenario. the Congress will not be able to stall it.

During the next three years of its tenure, the govt has to create jobs on large scale, tackle drought and address farmers’ issues and firmly fight the menace of terrorism. BJP leaders may have sounded the bugle for 2017 crucial UP elections with its rally in Saharanpur. The country's largest state that elects 403 MLAs for its assembly and 80 MPs for the Lok Sabha, presents a big challenge to Modi govt. It’s a litmus test of the party's resilience and electoral strength. If BJP is pulling all socks to return to power in 2019, it has to work really hard. Through his good governance and quick ameliorative actions, PM Modi must re-instill confidence in the electorate. If the voter is looking for a better option - one may say, 'lesser evil', if politics is essentially an 'evil' in today's parlance - it certainly is NDA. The way Assam has handed over power to BJP, in a poll battle that brought even Muslims to vote it en masse, clearing the way for the North-East to espouse the saffron party in coming times, indications are that Indian citizens are still reposing trust in Modi's leadership, especially in the transparency and integrity he is presiding over in his governance.

The NDA regime, especially its economic wizards, need to be worried over the whopping Rs 20,000 crore Q4 losses of public sector banks. Bank of India alone has suffered a net loss of Rs 6,089 crore for the fiscal ended march 2016, the highest ever by an Indian bank. This becomes especially alarming as this bank had made a net profit of Rs 1,708 crore in the preceding year. BoI's losses have surpassed those of Bank of Baroda which reported an annual loss of 5,306 crore for FY16, against a profit of Rs 3,398 crore in FY15. IDBI Bank had also reported a net loss of Rs 3,664 crore for FY16 as against a profit of Rs 873 crore in FY15. Thus, the stories of bank losses on account of bad and stressed loans remain endless, with NPAs reaching alarmingly high levels. Ours is a country where a business honcho like Vijay Mallya can afford to run away with a loan of Rs 9,000 crore. And how could this willful defaulter manage to add to his liabilities, despite already a big pile of loans on his side, is a big question successive govts and the bank executives have to answer.

Now that the BJP-led NDA has put up a good show in what may be called mini general elections, with the alliance's morale getting a boost with increased share of vote in all states, nucleus of sharp support in its favour seems to be building in various states. On the govt's second anniversary, PM chaired a meeting of his ministers on Wednesday, asking them "to focus on taking the initiatives to grassroots." Clearly, Modi means business. He looks determined to fast-track his development programme to carry it to the point of fruition. Let's wish him success in national interest! 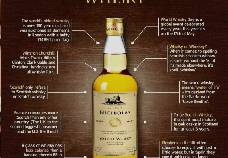