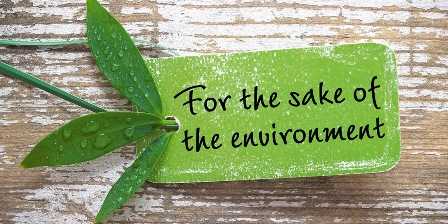 2014 has brought India’s environmental movement to a crossroad. On the one hand, there is a greater acceptance of our concerns, but on the other hand, there is also growing resistance against the required action. More importantly, every indicator shows that things on the ground are getting worse. Our rivers are more polluted, more garbage is piling up in our cities, air is increasingly toxic and hazardous waste is just dumped, not managed. Worse, people who should have been in the front line of protection are turning against the environment. They see it as a constraint to local development. They may protest against the pollution from neighbouring mines or factories, but even if they succeed their livelihood from natural resources is not secure. They are caught between mining companies and foresters. Either way, they lose.

We must also realise that even as environmental problems have grown, the institutions for the oversight and management of natural resources have shrunk. While the environmental constituency has grown, core beliefs have been lost. In this way, the underlying politics of environmental movement has been neutered.

It is important we point out the fundamental weaknesses and contradictions in the environmental movement. It is only then that we can deliberate on the direction for future growth of the movement.

Firstly, we have lost the development agenda in environmental management. Instead of working to regenerate the natural capital for inclusive growth, we have increasingly framed action as development versus environment. We have disconnected environmental management from development. Management of natural resources—swinging between extraction and conservation—is leaving out of its wake millions who live on the resources. These people cannot afford either the degradation of resources or pure conservation. They need to utilise natural resources for their livelihood and economic growth. In this way, the environmental movement is in danger of making enemies of the very people whose interest it is working to protect.

We need to move beyond conservation to sustainable management of natural resources. Environment must become India’s development agenda again. This is imperative.

Secondly, the debate on environmental issues is increasingly polarised and seen as obstructionist. In real life we need to go beyond absolute positions so that there is some resolution and some movement forward. In an ideal world, there should be enough trust and confidence that once we begin to move ahead, there can be reviews, assessments and course correction. This is difficult in the current scenario where the world is unevenly divided between those with the polluters, mining companies and dam builders, and the rest. Institutions that can help resolve conflicts have been weakened. Trust is lost all around, so the worst defence plays out.

But playing defensive does not work in the long run. The environmental movement is able to stall, but not stop, environmentally disastrous projects. Worse, since there is no space for the middle ground that can allow discussion on how a project should function if allowed, there is no improvement in the situation on the ground once the project is sanctioned. The entire energy is invested in blocking projects and once a project is cleared the mission is lost. There is no emphasis, or even capacity in many cases, to look at the alternative that would mitigate environmental damage.

Thirdly, environmental struggles are increasingly about not-in-my-backyard (NIMBY). This is understandable but the problem in a highly iniquitous country like India is that NIMBY can simply mean that people do not want something in their backyard, but it can move to the backyard of someone else who is less powerful.

We must realise that even as middle-class environmentalism will grow, which is important, it will not be enough to bring improvement or change. This is because solutions for environmental management require inclusive growth. Otherwise, at best, we will have more “gated” and “green” homes and colonies, but not green neighbourhoods, rivers, cities or country.

Fourthly, and most critically, one has to look for solutions and not just pose problems. The search for technologies and approaches to environmental management will have to recognise the need to do things differently so that sustainable growth is affordable to all. One must also recognise that strengthening the institutions is vital; we cannot improve performance without investment in boots on the ground.

This demands a new way of environmentalism to embrace ideas without dogma but with idealism and purpose. This environmentalism will have to move beyond the problems of today and yesterday. And for that we better imbibe the politics that will deliver this.