A smorgasbord of media! 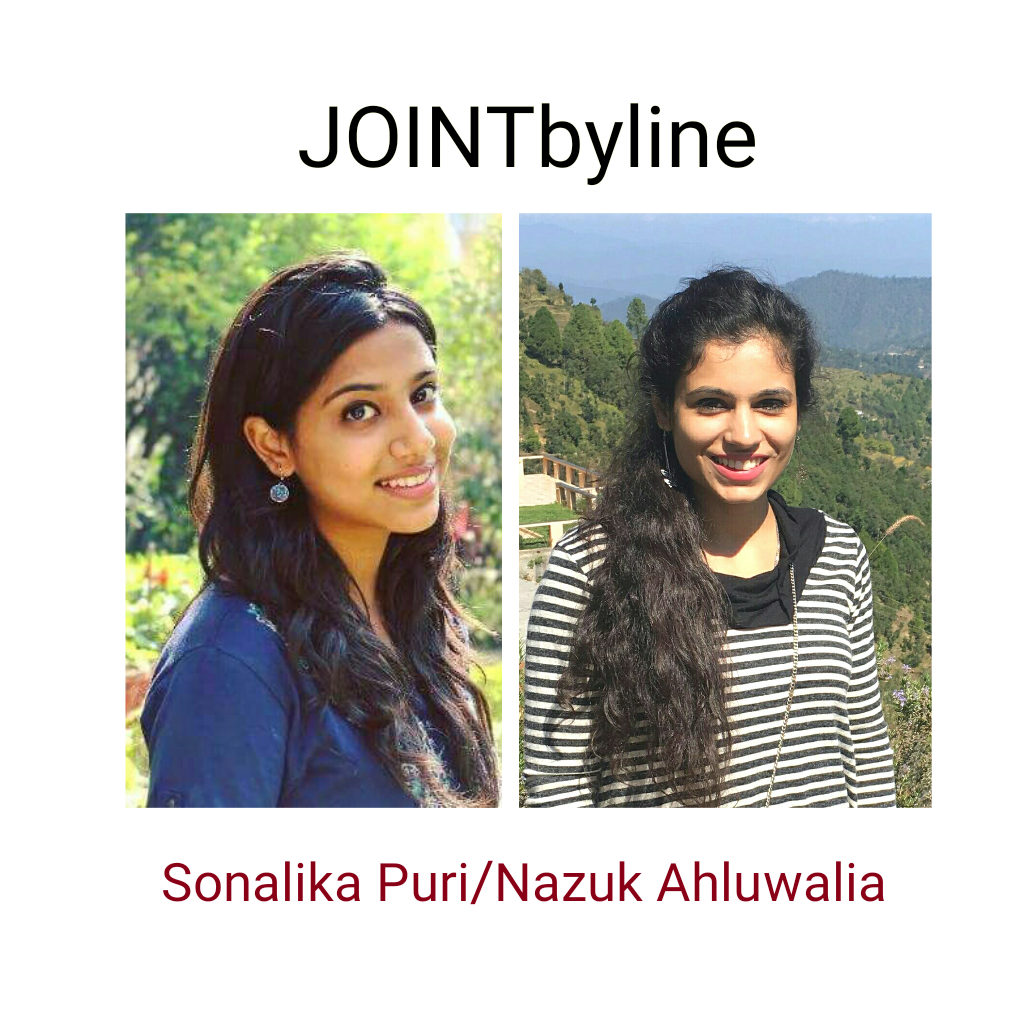 When campus' tradition landscape becomes expansive, you simply need to enlarge the canvas. Parampara, the annual media department fest of Indraprastha College for Women held March 9-10, 2017 did just that. Initiated in 1999, the ritual has become synonymous with a one-of-a-kind extravaganza and lived up to its eclecticism. 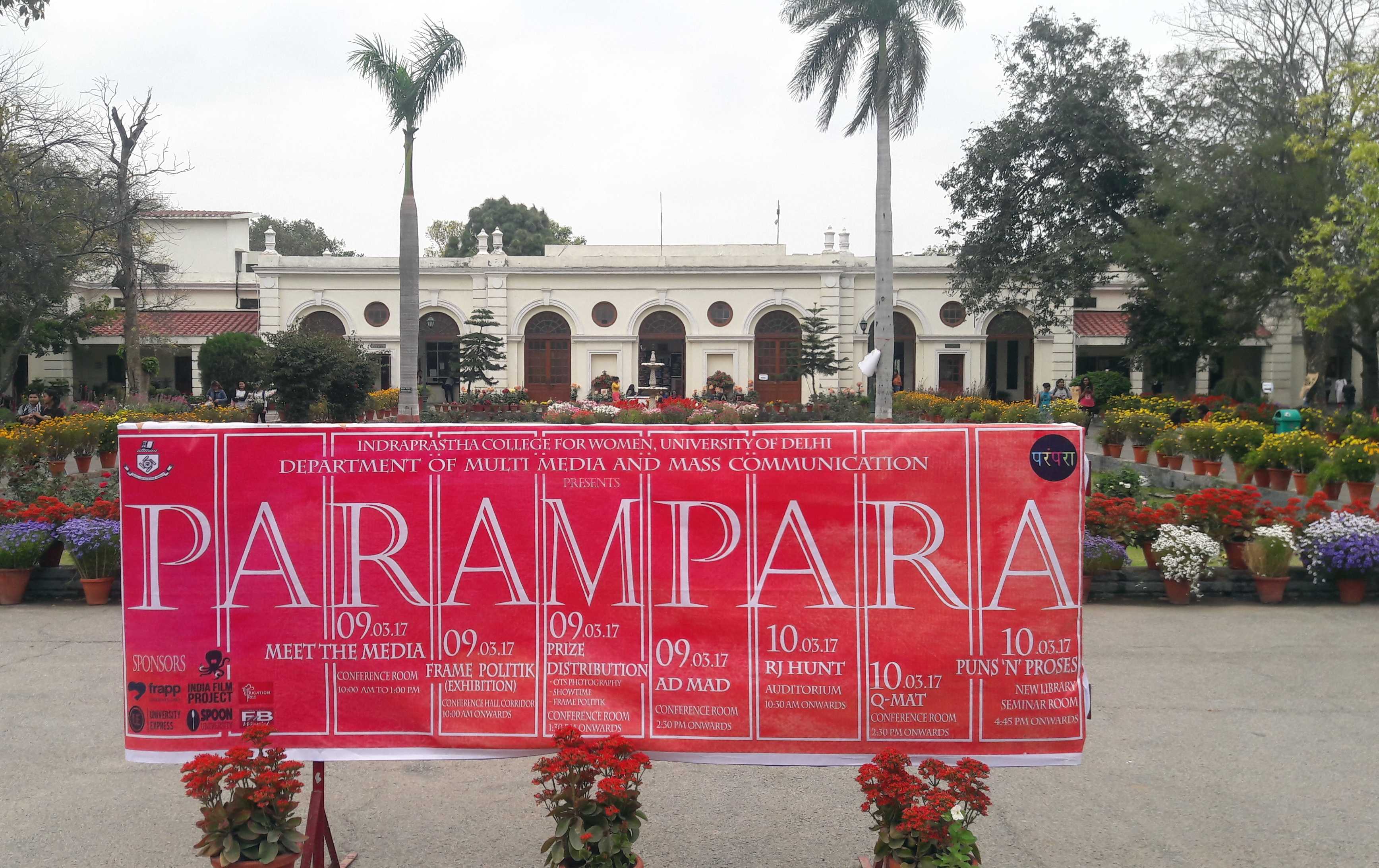 The opening day of the event started with a panel discussion ‘Meet the Media’ on the topic ‘Rise of the right and its implications for mass media.’ The panel consisted of well known faces of media industry such as print journalist Shantanu Guha Ray, reporter-journalist-editor Shoma Choudhury, founder of News Laundry (independent News and Media Critique Platform) Abhinandan Sekhri and model-anchor-actress Pavleen Gujral of the movie Angry Indian Goddesses fame. The panelists gave insightful opinions on the topic and an intriguing Q&A session with students ensued.

Huge display boards at the venue aesthetically exhibited the photographs submitted for the online photography completion Frame Politik. The best 2 photographs, along with a special mention category under the theme ‘Bloom’ and ‘Solitude’ were selected by Gulzar Sethi (Delhi based destination and wedding photographer) and Waseem Gushroom (Photographer at Hindustan Times). Soon up next, results were announced for short film making competition Showtime that invited online entries on the topics ‘Her’ and ‘Blast from the Past’ with the winning films being screened. The winners were decided by Dr. Manasvini M Yogi, Coodinator, Department of Multimedia and Mass Communication. 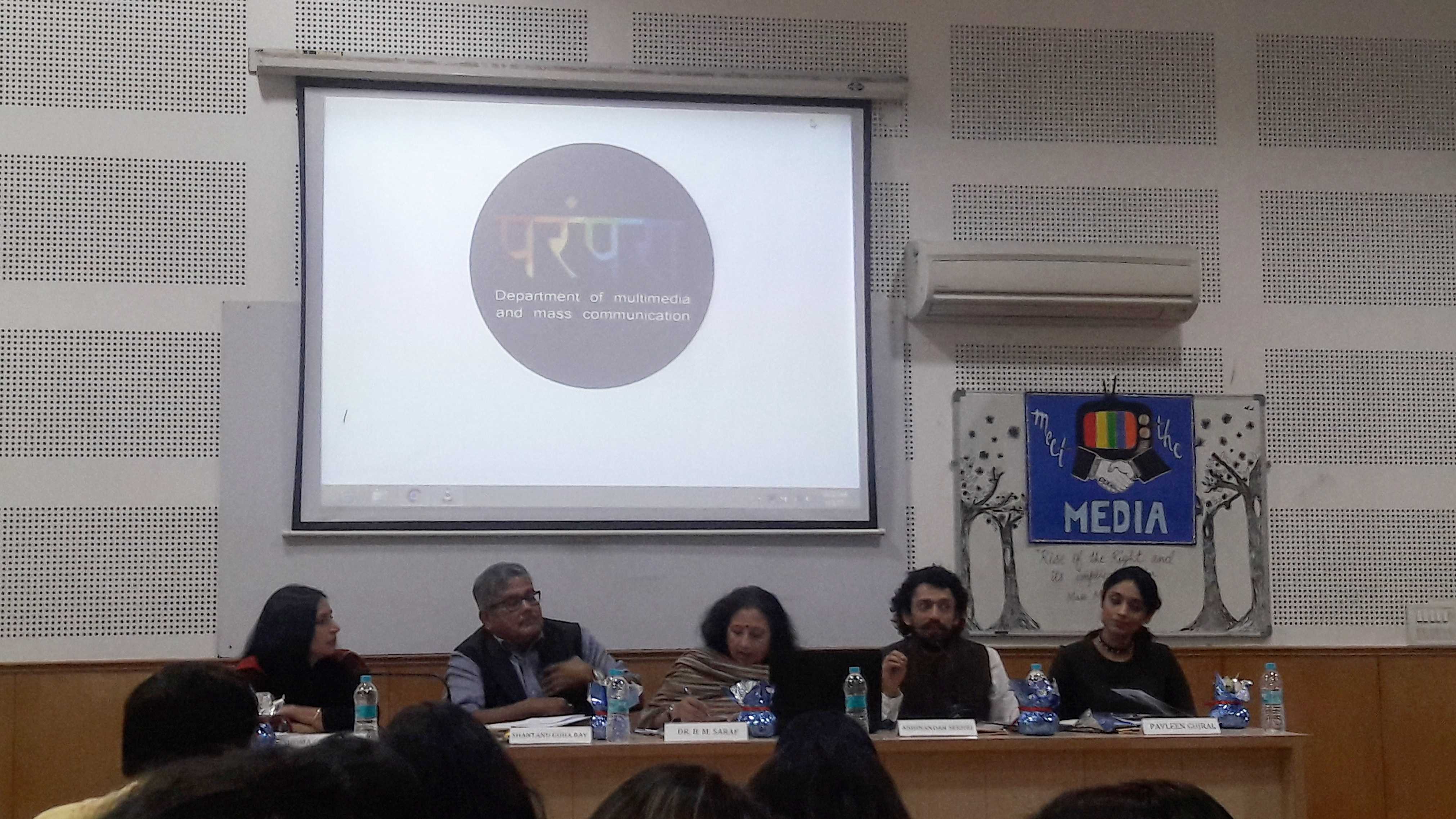 Next up in line was a fun filled competitive activity called Ad-Mad. Students from various colleges participated in teams of four who had to plan and present an advertisement of an existing brand/product. The competition tested the spontaneity and creativity of the participants. Mr. Abhishek Chakravarty, Marketing and advertising manager of brand consultation agency Rediffusion Y&R was invited as the judge for this event. The students of Indraprastha College for women triumphed in the event.

The first day saw great enthusiasm and participation which added joviality to the festival. With a mix of knowledge and cheer, the opening day upheld the tradition of revelry.

The concluding day was earmarked for competitions and contests. The first event for this day was the much awaited RJ Hunt. Close to 25 participants flaunted their vocal skills, out of which 6 qualified for the final round. Topics were given on-the-spot and participants were required to present original content within the given timeframe. The competition brought to light the creative talent of young students and enthralled all and sundry. It left the audience in guffaws and chuckles. Renowned Radio Jockey, RJ Yuvi from Radio City 91.1 was the judge and gave the audience a real insight into the world of radio broadcast.

Next was the Bollywood Quiz – Qmat, designed to test the knowledge of cinema. Organized by the final year students, this event saw the highest participation and was an enjoyable affair. Diehard film buff and loyalists of song and dance made the event extraordinary. The final event of the festival was a competitive poetry slam called Puns and Proses. It was a festival first and an eclectic gathering of expressionists, wordsmiths and logophiles. Miss Shibani Das, founder of Free the verse hosted the event. The contest saw eloquent poems ranging from themes of women empowerment, life, war and death in both Hindi and English.

The gaiety curated by the department of 'multi-media and mass communication' brought together media professionals, media students and creative talent under one leviathan, colourful umbrella - like a sweet passionate bouquet!