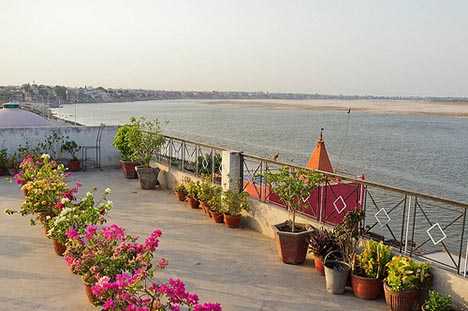 It was way back in 1986 that Rajiv Gandhi had launched the Ganga Action Plan. But years later, after much water (sewage) and money has flowed down the river, it is as bad as it could get. Why are we failing and what needs to be done differently to clean this and many other rivers?

Pollution in the Ganga remains a tough challenge. According to recent estimates of the Central Pollution Control Board (CPCB), faecal coliform levels in the mainstream of the river—some 2,500 km from Gangotri to Diamond Harbour—remain above the acceptable level in all stretches, other than its upper reaches. Even in the highly oxygenated upper stretches, faecal coliform levels, though within acceptable levels, are increasing in places like Rudraprayag and Devprayag, suggesting inadequate flow for dilution.

Pollution hot spots, the mega and fast-growing cities along the river, present a grimmer picture. According to CPCB monitoring data, BOD levels are high downstream of Haridwar, Kannauj and Kanpur, and peak at Varanasi. But what is worrying is that in all the stretches pollution is getting worse. This is not surprising given that all along this heavily populated stretch fresh water intake from the river is increasing. Water is drawn for agriculture, industry and cities but only waste is returned to the river.

Over the years, funds allocated for cleaning the Ganga have been used to create infrastructure, without much attention to their use and efficacy. Most cities do not have the infrastructure to convey the sewage to the treatment plant; and most cities certainly do not have the money to run the plant. Worse still, the quantum of sewage that is estimated for treatment is wide of the mark. A recent estimate by CPCB shows the difference between the official estimate of sewage and the measured discharge of wastewater into the Ganga is as much 3,364 million litres per day. This is 123  per cent higher than what was planned for. It is no surprise then that the river is not cleaned despite spending money under the Ganga Action Plan .

A comprehensive solution to the Ganga pollution lies in dealing with three problem areas: one, finding water to dilute and assimilate waste; two, finding innovative ways to check the growing quantum of untreated sewage discharged into the river; and three, fixing the enforcement to stop industries from discharging waste into the river. This will require facing the facts squarely.

First, it would mean accepting that in India, where the cost of treating dirty water is unaffordable, measures to control river pollution must be based on the principle of availability of water for dilution. The available standards for “acceptable water quality” provide for a dilution factor of 10. That is why discharge standards for water bodies are set at 30 BOD, while bathing water quality standard is 3 BOD. If rivers have water for dilution, cities can save money on expensive hardware and energy for treatment. Instead, water inflow would enhance the assimilative capacity of the river for self-cleansing the waste.

But where will this additional water for ecological flow come from? Releasing more water upstream of the pollution hot spots will deprive farmers, cities and industries there and, therefore, will be contested. For instance, Haryana flatly refuses to give more water to Delhi for ecological flow in the Yamuna. So, instead of asking upstream users to release water, it must be mandated that ecological flow comes from the city or the state government’s own allocation of riparian water. The government then has a choice to either build storage to collect monsoon water for dilution within its territory, or release river water and make other arrangements for the requirements of agriculture, drinking and industry. In other words, all users must be forced to plan for water needs based on what the rivers can spare, not what they can snatch.

Secondly, pollution plans must accept that urban areas will not be able to build conventional sewage networks at the scale and pace needed for controlling pollution. Therefore, the conveyance of waste must be re-conceptualised and implemented at the time of planning treatment plants. This will then lead to innovative ideas for controlling pollution in drains—in situ treatment of sewage as well as local treatment and reuse of wastewater.

Thirdly, the plans must accept that underground sewage networks will take many light years to build, so whatever wastewater is treated must not be discharged in open drains carrying untreated waste. It should either be reused or discharged directly into the river.

In this way, the plans would accept the need to design affordable water and sanitation solutions. Current situation requires Central government assistance for capital and operational costs of sewage treatment plants. This is not tenable in the long run. Nor does it encourage states to release more water for pollution control. Central government funding should, therefore, be conditional; it should match the quantum of ecological flow released by the state in the river.

So the Ganga and all other rivers can be cleaned. But not until we learn pollution control with a difference.