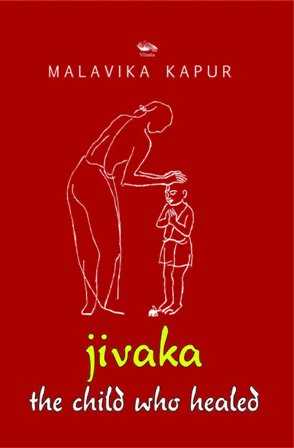 Every mythology has two major dimensions - one is the product of total imagination with nothing tangible to substantiate it while the other may have some documentary evidence to justify its existence with all its hype. The ancient Indian sage Kashyap and his prodigal disciple Jivaka fall in the second category - both did exist and were healers and physicians of children that we call paediatricians today.

Malavika Kapur, the author is a clinical psychologist and deals with the problems of children. She has travelled and stayed in Himalayan areas and knows the geography of these mountains quite well. She is a woman with a keen sense of human nature. All these factors have helped her to write a novel covering many aspects of human life and beliefs over a long period of time. She has selected mythology, prodigy, rebirth and deep vision as the pillars for her novel Jivaka.

Jivaka was a prodigal disciple of Sage Kashyapa who was a physician for children, perhaps the only one in the field of Ayurveda, the ancient method of treating sicknesses and conducting a healthy life. Jivaka was born under some special circumstances and lived a very different childhood as though destined to a specific role in a specified time zone. It is here that author Kapur uses her knowledge as a psychologist to create characters that have a deep understanding of human emotions and most of them are enlightened to face and override the tides of life - be it birth, death or calamity.

Jivaka was born out of a special marriage of courage and knowledge and the circumstances were unique and this incident is repeated over a different period of time. It is precisely here the author has been able to create an impression of rebirth without being obvious. The story seems to lose pace in between when some technical details are being told but it gains pace quickly and became unputdownable. The various characters started growing at their own potential.

The book has also been reviewed at: www.booklink.in

Malavika is fascinated by the pristine beauty of Himalayas and there are such vivid details of its waterfalls, trees, valleys of flowers that the reader suddenly feels them all around and actually gets submerged in the cocktail of fragrance. Amongst all these surroundings, the spiritual aspects of life are handled deftly.

Every character of the story tries to live a life of complete fulfillment but is capable of simultaneous detachment and author has shown capacity to impress this fact without looking like a preacher."What deep yearning, unfulfilled dreams reside in one's heart. If unexpressed, these lie buried, never to be fulfilled. Why don't people say it aloud, before it is too late". And this is the essence of the novel written from the heart and spirit. Jivaka may be part of mythology but Jivaka is a reality too. It’s likely the author Malavika Kapur is trekking in the foothills of the Himalaya, indulging in painting Indian art or talking with a child in a remote Indian village.

The book is published by Vitasta, (a leading pubishing house based in New Delhi) in the year 2013 and is priced at Rs. 250. The publisher can be contacted at:  www.vitastapublishing.com