A TALE OF TWO SILLY CMs 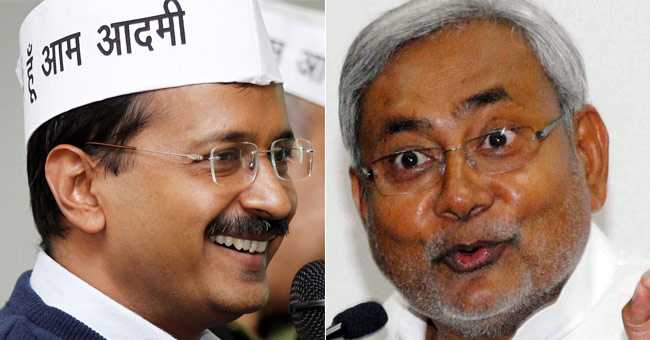 Inscrutable are the ways of politicians. Chief Minister Nitish Kumar, who swears tirelessly by propriety and integrity in public life and boasts of consolidating Janata Parivar unity, takes time off to sow seeds of discord in the national Capital. In his desperate bid to settle scores with Prime Minister Narendra Modi, Nitish Kumar sends his six police officers to manage the Kejriwal govt's Anti-Corruption Branch in Delhi, all this against the background of Bihar's own awfully dismal law and order situation that has been caused by endemic shortage of police personnel.

Kejriwal's direct tussle with the Centre now becomes serious with Lt-Governor Najeeb Jung frowning at the CM hiring cops from other states. He asks for the hired policemen's documents on the basis of which they reported at Delhi ACB. There are no funds for their salaries and any payment to them is not possible without diversion of funds which only L-G can approve. Kejriwal's naivety comes to the fore in asking Bihar and Maharashtra governments to depute 15 and 25 police personnel respectively to serve on Delhi's ACB. While the Maharashtra govt did not respond, Nitish Kumar showed amazing alacrity in deputing six policemen to Delhi, apparently to embarrass the PM who is being challenged by Kejriwal on many fronts. Nitish must, however, be shocked to know that there is no provision of salaries for his cops in Delhi. 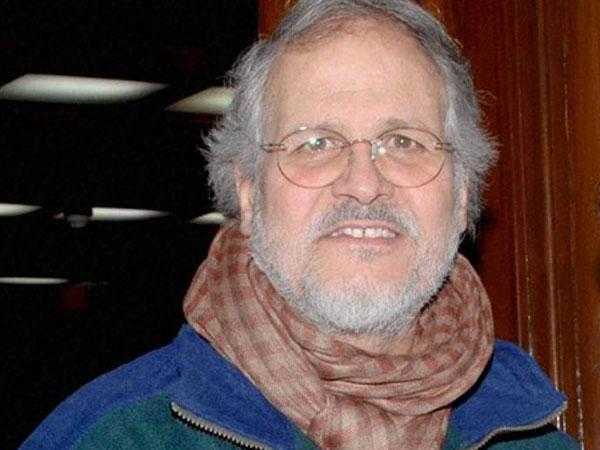 Since the AAP leader's request to the two states was made without L-G's consent, the 'deputed' Bihar policemen will most likely be reverted in the absence of legal sanctity, to great embarrassment to all the sides involved. It's strange that Delhi's Vigilance Department has sent no proposal yet to L-G for deputation of personnel from other states, even though the incumbents from Bihar are already in ACB office. This clearly shows Arvind Kejriwal gives short shrift to rules and seeks to arrogate powers that don’t fall under his authority. Many constitutional experts complain that the “CM’s uneven legislative prowess and stature have made him extremely overbearing and discourteous.”

Ostensibly aimed at removing Delhi police personnel from the anti-graft body, Kejriwal's move puts himself in bad light, the unpleasant confrontation with L-G notwithstanding. Besides, Delhi police fears that the ACB, along with the huge strength of home guards, who are controlled by the AAP govt, may become troublesome for Delhi workforce on the alibi of checking corruption and may even generate a new law and order problem and organizational confrontation. Apprehending outright exploitation, officers of Delhi Police have refused to serve under the AAP govt.

Despite the things having gone so bad, I see no reason why this confrontation can't stop at this stage, especially if both Kejriwal and Centre-backed L-G discuss controversial issues threadbare. The CM seems to believe erroneously with some tinted vision that his "massive mandate" makes him a super ruler who recognizes no law or the established practices. Even three-term CM Shiela Dikshit admits that she also faced similar problems, but things used to be sorted out amicably which never went into public domain. She feels persistent aggressiveness and one up-manship in state-to-state dealings neither work nor are justified, even remotely.

Why can't the CM ask for some Delhi cops of unassailable integrity for his ACB, so that corrupt practices could be effectively checked? Even though Delhi cops are not willing to work under a mercurial CM like Kejriwal, they may still accept his offer if he gives them assurance that they would not be subjected to any maltreatment or unfair pressures on their jobs. The NDA govt, having control over the L-G office, may also see if it can facilitate the NCT govt in its people-friendly deliveries, especially in his oft-trumpeted fight against graft, as the Kejriwal administration appears to have gone wholly dysfunctional at present, under the weight of his grandiose work style and senseless assertiveness. He has ceaselessly shown perfunctory response to his administrative functions, leaving major responsibilities to his Deputy Chief Minister Manish Sisodia who is already feeling the burden of numerous preposterous impositions.

If Kejriwal hopes to have full statehood for Delhi, I am afraid it will be beguiling and difficult to come by, no matter who rules the NCT, for it has hurdles aplenty. Delhi is the national Capital with seat of the Union govt, where effective Central control will always be essential. I think Kejriwal must get busy with the business of governance rather than be available for brushing shoulders with political adversaries and getting repeatedly bruised. Why can he attempt tying someone in knots when he himself is terribly confused? First, the CM must be clear about his rights and duties as laid down in the rulebook and be not misguided by his short-sighted political advisers to get into self-defeating adventures.