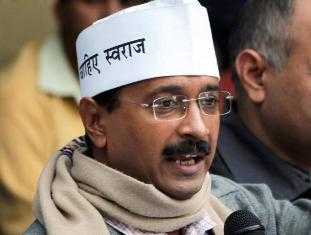 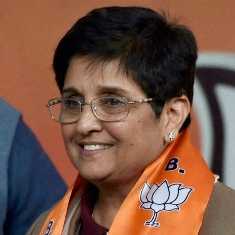 Any takers for the Capital's Fight Club that has gone disturbingly snobbish and horrifying? Paranoia has gripped the warring politicians who have lost equanimity of mind and sense of purpose, not exactly knowing what they are saying or doing and what effect will this muck carry on the people, especially the young ones. Visibly, the aberrant politicos are not bothered about the sensitivity of voters who have no choice except to exercise their franchise in favour of those who are seen behaving almost as rowdies. The voter finds the present environment hostile, nauseating and repellant. When they put their seal of approval on whoever they find a little suitable or the proverbial "lesser evil", they will have reason to feel disgusted, having witnessed a despicably low level of campaigning for almost a fortnight now.

In the midst of allegations, counter-allegations, mutual character assassination, nothing that is audible strikes to reason or common sense. Self-styled champion of fight against corruption, AAP's Arvind Kejriwal gets punched allegedly for receiving heavy poll funds in "bribery" from shell companies, possibly through the hawala route, and for telling lies, making false promises to grab vote, calling his contesting BJP opponent Kiran Bedi and other senior party leaders names. Kejriwal dares the govt to arrest him for receiving unaccounted funds from dormant companies; PM Modi calls it height of shamelessness.BJP is charged with tampering the EVMs, purportedly in collusion with the Election Commission , besides polluting the poll atmosphere through its "muscle power" and Central clout. EC gets quick to rebut the Kejriwal charge, saying EVMs go through audit regularly and can, in no case, be tampered with.

Similarly, BJP persistently focuses on what it sees as Kejriwal's "well-placed lies", so that it may easily pass the buck on to the ensnaring 42-page manifesto of AAP that promises a windfall of freebies without explaining how those will be paid for. Kejriwal promises also to bring DDA, Police and the Municipal Corporations under the local government, ignoring the fact that this will hardly come by without the BJP government at the Centre agreeing on this concession. May be, Kejriwal thinks that if his party loses the poll, he will save face by passing the blame on to the machine and its operators.

BJP's 'vision document', too, makes elaborate promises, listing concrete work towards good governance, women's safety, health, education, electricity, water, housing, unauthorized colonies, slums, road and transport, with multiple sops to trade and business, all under a "disciplined, able administrator like Kiran Bedi." What BJP has significantly missed mentioning is its long-standing demand for statehood that Delhi needs so badly. The party's Central leadership possibly ignored this to avoid post-poll pressure that would eventually come from the new government, should BJP be reinstalled in office in Delhi after a gap of 15 years.

Travelling in the coaches of Delhi Metro the other day, I was shocked to observe how ruthlessly DMRC has allowed the contesting parties liberty to misuse its coaches to spread lies. It was shocking to read the contents that appeared wayward, beguiling, deceitful and conceited. One planted by AAP even dished out prices at which the party would provide electricity, water, commodities of daily use and even eatables like pulses and vegetables. A former IRS officer himself, Kejriwal chose to ignore the fact that prices are determined more often by demand and supply where no govt can fix prices for an indefinite period. Is it possible for anybody to offer commodities’ fixed rates for five years or to distribute a few KL water free? What looked reasonable for him was just to say that he won’t allow profiteering and corrupt practices that let the prices soar. For Kejriwal to promise that he would supply potato or cabbage at Rs 10 or 12 a kilo for five years is much of a humbug and deceitful offer in exchange for vote. Also, BJP posters all over the city focus more on the Modi factor and his vision rather than on specifics. BJP promises, however, are not as vague and misleading as those of AAP that place sky as the limit for its projected political beneficence.

Inscrutable are the ways of vote-seekers, both overconfident learners and insightful past-masters, who manage to convince voters that the lies they throw on their faces are the gentlemen's words of honour they sincerely mean to carry through their programmes of welfare and development. It may seem incredible though, the fact remains that voters are invariably taken for a ride, almost repeatedly, especially when electoral contests are fought in situations similar to what Delhi face today. A little more than a year ago, entirely sick of the 15-year unbroken rule of the Congress behemoth, Delhi voters reposed faith in a new arrival, called AAP, its Arvind Kejriwal and company, who promised to voters the people's access to the skies, unprecedented prosperity and happy days, ample jobs to youth, complete check on prices and ruthless assault  on corruption, in words that looked genuine, reliable and inviolable. AAP’s altruistic overtures quietly rode on the people's psyche, charmed as they were under the influence of Anna Hazare's nationwide campaign against corruption.

The voters took all that seriously and the result was a nascent AAP stood in good stead in the 2013 poll, just steps behind BJP, a well established national party and clearly a favourite that time, even though Anna Hazare, the Gandhian activist behind the Jan Lokpal Movement, had warned that AAP and its leadership did not have his blessings. Four short of the magic numbers, BJP withdrew it claim to govt, leaving the field to AAP which promptly took the ride and formed govt with the support of Congress which it had decried as corrupt. Then, convinced of his inability to fulfill his unimplementable, far-flung promises, a desperate Kejriwal quit after his 49-day listless stint that only bred confusion, uncertainty and political chaos. This left MLAs without legislative work and the exchequer with a heavy burden.

What, however, looks incredible is that a party that had been written off due to Kejriwal's mercurial behaviour as CM, his inconsistent approach to the Capital's problem and the subsequent sharp drubbing in Lok Sabha elections, AAP appears to have made a remarkable comeback, if the flying poll dust is any indication. Maybe, people have forgiven Kejriwal for his 49-day fiasco that gave immense pain to Delhi, believing that he may be an "honest man" and so holds high hopes for the common folk of Delhi where 30% people live on fringe with subsidized provisions.

Congress under its suave leader Ajay Maken joined the electoral campaign late to take on both BJP and AAP, this at least brought party vice-president Rahul Gandhi out of his cozy shell after the L ok Sabha decimation, telling the voters how PM Narendra Modi, Kiran Bedi and Kejriwal were fooling them with false promises. Anger writ large in his characteristic grimaces showed how badly ruffled he felt following his family's long-cherished prime ministerial dream for him having been lost in despondency. He looked terribly wounded as he delivered his "eye-opening" homilies to voters, intended to caution them against the impending disaster if Congress was ignored this time again.

All the parties had started their campaigns on positive notes, but slowly descended to rubble talking, all in chain reaction to outdo each other in sharp reprisals. While BJP leaders called AAP functionaries 'thieves, bazaroo log" and their leader Kejriwal "bhagoda", the latter called the former "corrupt and communal". Campaign dirt apart, voters want someone to form a stable government, so that a democratic rule is established in Delhi. This election is a test-case for all stake-holders - for Prime Minister Narendra Modi to assess the flow of his wave, for Kiran Bedi to judge the strength of her administrative prowess, for Kejriwal to measure the extent of his commanding force in Delhi and for Congress to see how much acceptable is its persistent clamour of secularism. I wish the Capital gets some strong head to rule five years !