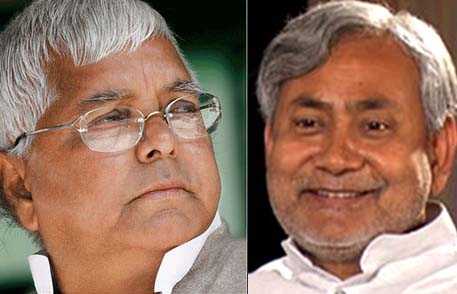 Prime Minister Narendra Modi's zeal for fast-track reforms to put India on the road to growth and prosperity got repeatedly messed up midway, with the NDA government perpetually crying for numbers in the Upper House of Parliament. Key legislations got bogged down under the weight of political wiles dubiously played by sharp-shooting law-makers of divergent hues, despite the govt carrying out amendments. Elections in Delhi could do nothing to boost these numbers for the ruling alliance. Rather, they threw another spanner in the ambitious reform plans, with BJP virtually swept out of the Capital’s ring, courtesy Arvind kejriwal's promised endless freebies. And now in run-up to the Bihar polls, the Modi regime is reeling under the noxious effect of the Lalit Modi episode, senselessly caused by two party stalwarts, no less than Foreign Minister Sushma swaraj and Rajasthan CM Vasundhara Raje. In the latest, the Congress sees a massive, Rs 200-cr scam tumbling out of Maharashtra and is asking for a Minister's head.

At a time when the Lalit Modi controversy appeared to die down with the govt supporting the two biggies, accused of 'conflict of interest', R K Singh, a BJP MP from Bihar, who worked as Home Secretary under UPA, now questions the govt's sagacity in giving protective cover to the two leaders. He says the two leaders' help to the absconding former IPL commissioner was not only wrong, but also immoral as the latter indulged in serious foreign exchange violations and money laundering. The remarks of Singh, who hails from Bihar, the poll-bound state, are not only damaging for the NDA, but also point to serious disarray in the party. 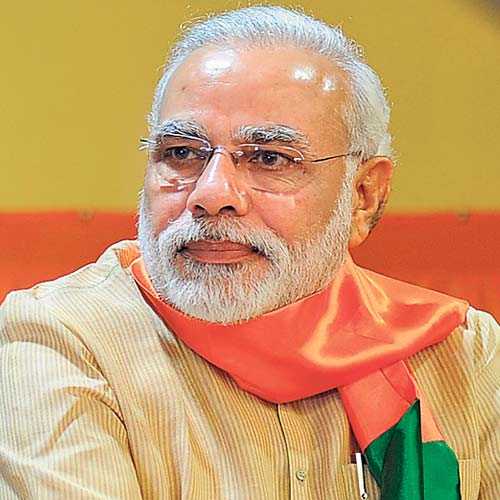 While the non-BJP forces, from JD(U), RJD to Congress and NCP, are contesting the poll together under CM Nitish Kumar's leadership in their bid to "pack up BJP out of Bihar", NDA partners don't look yet reconciled either on a common CM candidate or on seat sharing. Small-timers like RLSP's Upendra Kushwaha, LJP's Ram Vilas Paswan, both Union Ministers, and J R Manjhi, former CM and one-time Nitish loyalist, are trying to extract seats much beyond their reasonable shares. All of them may even stake claims to chief ministership post-poll, depending on their mark of indispensability in govt formation. Sushil Modi, former Dy CM, who was left out of the CM's race once, appears to be the most eligible person to head an NDA govt, but partners don't seem to accept his leadership.

That is why, perhaps, BJP is not taking any calculated risk in anointing someone for the top job. Then, how will the NDA leadership overcome this imbroglio of too many CM probables jumping to have the fun? After the Delhi debacle, top BJP leadership is apparently cautious not to repeat the same mistake in Bihar. It is believed, had the BJP not announced Kiran Bedi as CM candidate, the party would have got at least 20 seats in Delhi. People were seen largely disillusioned because of Bedi's "stiff attitudes and her excessive accent on rules." They could hardly expect freebies from such a stickler of regulations. So, the majority of voters went over to AAP. In Bihar, however, situation is different. No CM probable within NDA carries that air of consternation, but a pre-poll nomination, it is feared, may create a serious wedge in the party.

While Nitish-Lalu duo are already campaigning with CM's life-size hoardings seen all over Patna and elsewhere, NDA appears still jammed under the pressure pulls. One view is that the PM must get tough and nominate Sushil Modi as CM candidate overriding all protests. In the obtaining scenario, it is believed, no partner would dare quit the alliance at this stage, though they may parade their displeasures and monkey tricks in despair. I think it's time for NDA leaders to stop looking for more partners and get down to business of campaigning. If NDA fails to get Bihar, its govt will fail every day in the Rajya Sabha. Modi's dream of jinx-breaking reforms will come a cropper !

The Prime Minister knows there is no perceptible wave overflying his shoulders right now and hurtful pulls and counter-pulls are too many in attendance. But, at any cost, PM has to bag this state despite Kumars and Lalus playing in unison, if he wants to preside over an effective and working govt and see the BJP, flourish under his dispensation. Let there be no qualms that this so-called secularist combination has carved for itself any definite, consolidated electoral boundaries. Bihar voters know they all are opportunists, seeking a power base to derail the Modi bandwagon. Lalu is known to be a corrupt politician who is raring to install his son as CM in Bihar at the earliest opportunity. His traditional support base among minorities is perhaps crumbling now, realizing that he had been fooling them for decades.

Lalu may have accepted Nitish to be CM, but the core of his unsettled political sense would never take him seriously. Bihar voters also stay exceptionally alert to endless misdemeanors of the UPA regime and so Rahul Gandhi's new 'spirited' avatar does not appear to impress them. Rahul continues to be a spent force there. Reports indicate that the Gandhi scion is scared of setting up his camp and campaigning in Bihar, a state that handed him an unforgettable trauma last time. He knows the old scams and guiles would hardly stop chasing the Congress. This, when Rahul has so much ammunition in hand to attack the NDA leaders with.

The BJP, thus, looks evenly balanced with pluses and minuses in Bihar. The advantage is that Narendra Modi still continues to be the most popular leader there, despite his wave having almost died down. Nitish is seen to have lost his shine even as a 'secularist' that he has been persistently boasting of. Muslims have not forgotten how atrociously Nitish had reacted to the 2002 Gujarat riots when he was minister in the Vajpayee govt. A section of Muslims ridicule him as he is found routinely attacking the BJP at each available opportunity on oft-repeated communal bias, but hardly doing anything substantial for their welfare.

It's encouraging to note that Modi is keenly trying to win over the Muslims. Most recently, he visited a country with Muslim majority. Then he met a delegation of 30 Muslim leaders and also interacted with envoys from Muslim countries. A Muslim friend in a senior position in a Central ministry says Modi's tweet in Urdu greeting the community for Ramzan drew appreciation from many people in politics and beyond. All this in quick succession appears to be an effort to build bridges with the community which, in recent times, felt alienated due to saffron party's bad mouths!