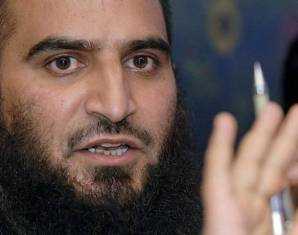 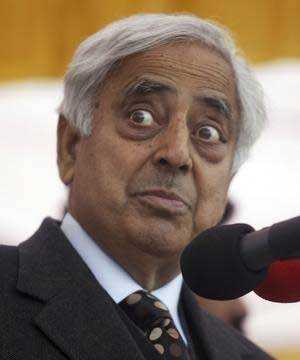 J&K Chief Minister Mufti Mohammad Sayeed knows this PDP-BJP alliance is not going to stay for long and the government may fall anytime, with the sizzling saffron party just waiting to call it quits. The CM apparently looks at advantage staying in power as long as BJP is willing to put up with his tantrums: Mufti is said to be treating BJP Ministers with contempt and this air of increasing nonchalance is coming heavy both on their morale and ministerial functions.

Now that the CM has unilaterally freed Masrat Alam Bhatt, a separatist accused of stoking the grave street violence that rudely shook the Kashmir Valley four years ago and took a heavy toll of 112 lives, BJP is seething with anger that Mufti has taken recourse to an unpalatable way slighting its ruling partner that has almost an equal strength in the assembly. The party called the decision, taken without a Cabinet meeting, "anti-national, unacceptable and detrimental to the coalition." The CM's order is seen as an attempt to please separatists in the Valley before he departs from the seat of power.

A senior BJP leader says, “This is not a decision of the coalition government, nor is it in line with the common minimum programme. It is a hidden agenda of Mufti... We protested against the decision on the streets of Jammu today, and we will protest again on the streets and directly with PDP." While it is being increasingly felt in Delhi that the alliance has practically gone defunct, it appears they are waiting for another trigger to move out of the alliance. However, BJP is also waiting for an opportunity to give the CM and his daughter, party chief Mehbooba Mufti a matching jolt to their leadership. What they have in mind, however, is not clear yet. A senior member of the party executive in Delhi admits this "embarrassment has hit the party’s image hard...this can't go on."

The Chief Minister, in the meantime, is firming up his another constituency of pro-Pakistani, hard-core elements who had remained "disgruntled and absolutely fed up due to his ineffectiveness in mobilizing things" for them and, as a result, standing almost equidistant to both PDP and Omar Abdullah's National Conference. When immediately after forming the govt, the CM had thanked Pakistan, the Hurriyat and the militants for creating a conducive atmosphere for elections in the State, BJP felt visibly annoyed because the CM clearly gave the impression officially that Islamabad wielded the key to Kashmir position--between "stability or instability" and "turmoil or peace."

In giving vent to his odium against BJP, Mufti had openly let the PDP "candor” reach Islamabad. His remark seemed to have conveyed that New Delhi, Srinagar and the Indian Army were not capable of ensuring peace (against Pakistan's terrorist onslaughts) during the poll and that Islamabad was gracious enough to have "allowed" peaceful conduct of elections in the state. This was more for pleasing Islamabad and home-grown militants than for courtesy and ensuring good relations between two hostile neighbors.

Political observers in Delhi, however, feel that in stepping over to a rugged, risky ground, Muftis have made their position absolutely vulnerable to separatist inroads. Should BJP withdraw from coalition tomorrow and Central rule is promulgated, enervated Muftis would fall into the lap of militants. Finding a committed benefactor in Mufti, they would, however, find it hard to reconcile with the coalition govt falling. It appears for the time being, the CM would go slow with his agenda, without giving any further provocation to the saffron party, to bring the govt down.

Masarat was released from prison yesterday, days after the CM directed the police “to release all political prisoners against whom no criminal charges had been registered.” State Muslim League,head Alam was among the main organizers of separatist protests in 2010. He faced more than six consecutive charges under the Police Safety Act. I-G, Police, A.G. Mir says, “Unlike in the past, Alam will not be rearrested after this release.” Just wait, how long this uneasy coalition survives!