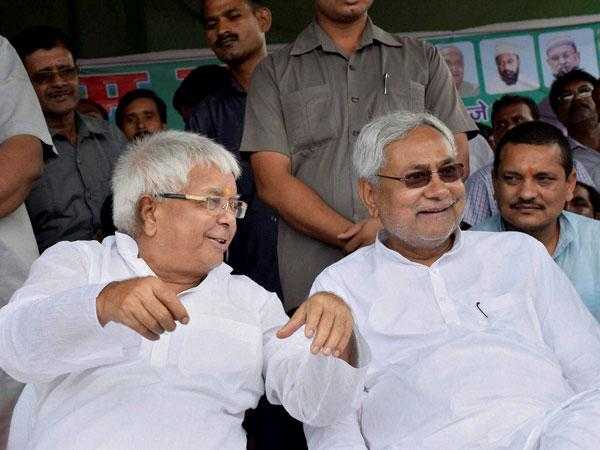 Currently, our voting masses may be enjoying the comic spectacle of the opposition parties sitting together, cajoling each other in the hope of locating yet again the greener pastures that skipped them lately with the sharp rise of Narendra Modi to Centre-stage at the head of Bharatiya Janata Party. Their persistent futile attempts to give working shape to the conflicting pattern of their antithetical, inconsistent thinking, all in the name of 'secularism', is giving them visible nightmares.

Can they all really work together when their policies and programmes run counter to each others' interests? Can Congress turn suddenly sweet to everyone it hated yesterday and despises today? Will Mamata Banerjee heartily embrace Communists whom she wants uprooted from West Bengal? Will Nitish Kumar stay happy and functionally elated in the company of a corrupt, Mechiavellian Lalu Yadav? Can Mayawati amicably formalize the rules of governance with bete noire Akhilesh Yadav without some sinister encounters? And finally, will anyone hazard answers to these vexed questions in the affirmative? Even their quest for presidential nominee is turning out to be a non-serious business, with consensus emerging only on a “secular” candidate, without a name coming to the fore even after much deliberations.

'Mahagathbandhan' enthusiasts themselves are visibly apprehensive that their incongruent fragile "unity", coming out of sheer desperation to stall the ascendance of Narendra Modi, with little or no substance or credible offering, will neither find acceptable ground to stand upon, nor will bear juicy fruit. Here the question crops up : Even if their 'togetherness' formalizes and takes shape, will the electorate relish it, keeping in view its bitter experiences with coalition govts in the past? A Delhi University Professor, not a BJP card-holder, gives his candid opinion : "A govt of 25 diametrically opposed parties, formed impulsively, pell-mell, into an opportunistic alliance, with each one having poor numbers, can never deliver in India, where corruption lives at the root of everything. Such govts will either invite mid-term poll every year or will live rooted in graft from top to the bottom, turning the country into a banana republic." Summed up so well, nothing more to add here! 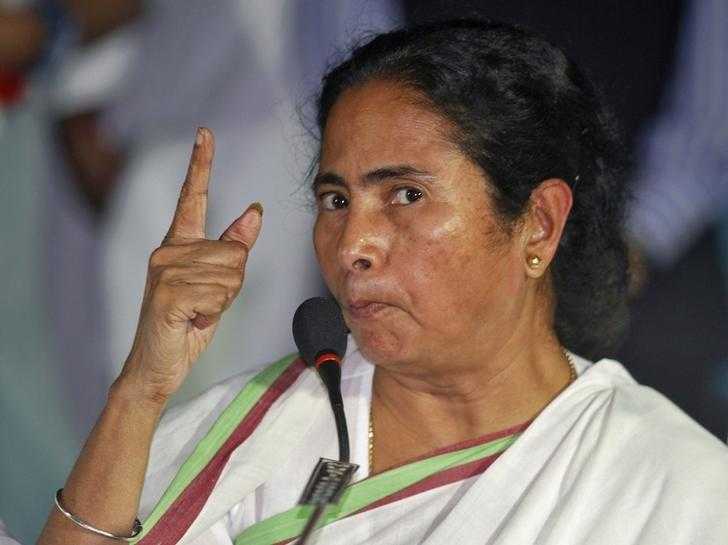 Present-day voters hate the pull of rotten dynasties and increasingly refuse to be moved by the socially unfriendly talk of caste, creed and religion. They want security, development and equitable deliveries, so that they are not deprived of what is constitutionally due to them. In short, the voters want happiness, peace and some slice of prosperity in their lives. They want a govt to stay effective in power for full term, making deliveries in compliance with the provisions of the manifesto that promised them all the rosy things on the card. It is, therefore, inconceivable that a grand alliance will ever get a popular mandate in India, even if a superbly honest leader is declared its prime ministerial nominee. The reason is simple and understandable : Voters, both educated and not-so-educated, these days keep fingers on every pulse that matters. They go by the universal truth that a well-meaning, honest person heading a multi-party govt will find it difficult to manage his herd, unless he frees it to have its free, bullish run in its domain. If the then Telecom Minister A Raja had his way despite some strong advisory from his boss PM Manmohan Singh, it was because he never cared a fig for him. Raja was convinced that his real boss was DMK's K Karunanidhi who had installed him in the juicy Telecom Ministry for a price. 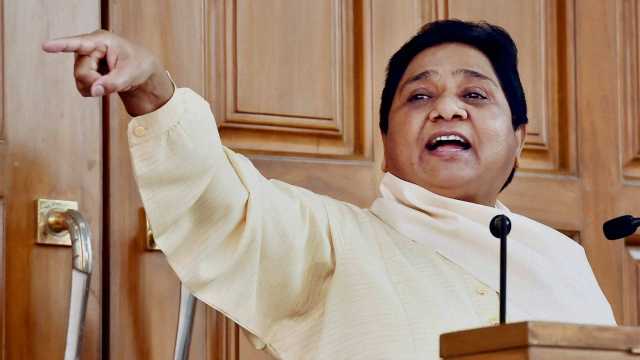 Dalits remained Mayawati's constituency for long, but finding her noticeably corrupt and self-absorbed, they have now started voting BJP that gave them some convincing respite from abject poverty. Their money is no more stolen by thieves and scoundrels. Now, they get their dues directly into their accounts. If even the sections of Muslims, for whom the saffron party was anathema till the other day, are gradually voting for this party, it's not for nothing ; it's definitely for some positive accruals flowing their way from the Modi govt. BJP would not have scored so well in UP and Uttarakhand, had sections of Muslims and even Yadavs not drawn to it significantly.

And why were the ruling Yadavs irresistibly rejected by their committed vote banks is well known to the masses now. Their deliveries were not only hopelessly poor, selective and self-centric, but also socially corrosive and frightening. Akhilesh Yadav lost foresight in pursuing policies that caused communal chasm and hatred between communities beyond redemption, by way of his patently unequal, unjust dispensation. The spillover of those policies is giving tremors even to his BJP successor and still remains a matter of concern. That's why in the context of the Jewar gang-rape, Yogi has blamed the years of "jungle raj" he has inherited from predecessor Akhilesh Yadav. He wants some more time to place the things in order.

Whatever obnoxious and distasteful is happening on communal front in UP today is the extension of those nasty, divisive policies. However, all that needs to be handled by the Yogi govt with a heavy hand. And one can hope the CM will apply correctives without loss of further time. He needs to take on criminals of all hues, including those belonging to saffron cadres. But one thing is certain : the voter at large clearly is on course to consistently rejecting corrupt, self-serving, narcissistic politicians, no matter which party they belong to. The leaders' growing pursuit of gratification from vanity or egotistic admiration of one's own attributes is getting a strong, decisive kick from the voter.

Beaten black and blue in most segments in recent elections, the Opposition parties believe their only hope now is 'mahagathbandhan' that can bring them to the country's center-stage, forgetting that this concept has long been deflated in our political landscape. Such an experiment may have succeeded in Bihar on a small scale, but at the Central level, things will be pretty difficult and unmanageable for the aspiring opposition parties. We have had 'maha-coalition' govts in the past, not once but repeatedly many times. All existed miserably for days, months and rarely for years. They ferried on the assumption of 'togetherness' which never was, either in word or in spirit. All the Prime Ministers heading those coalitions--from Morarji Desai, Charan Singh, V P Singh, Chandra Shekhar, H D Deve Gowda, I K Gujral, A  B Vajpayee to Manmohan Singh--had experiences from bitter to mixed and the nation faced distinctly depressive times during some regimes, with uncertainties clouding the political environment. Torments of varied velocities were witnessed too. Ten years of UPA and five years of NDA rules may not necessarily fall in this category, because both the parties, Congress and BJP, stood with some imposing strengths against their smaller coalition partners.

Yet, the Congress-led UPA regime under Manmohan Singh had become a lame-duck govt in the aftermath of the pullout by Trinamool Congress in 2012, when BSP and SP provided it the needed oxygen, fully reaping the benefits of their share in the govt, including a few ones that looked downright invalid and too loaded on the tax-payer. Even the Narasimha Rao govt that brought economic liberalization, lasted its term with minority status, but with heavy cost to the nation as corruption mired his regime in the later part. Hefty bribes played their parts too. And the party eventually lost power. A man of great ability, Rao rendered many stellar services to the country, but he cannot be absolved of the responsibility for the demolition of the Babri Masjid and for several scams, in some of which members of his family were also allegedly involved.

In fact, when Manmohan assumed office as PM for the second consecutive term, India had its 10th successive coalition govt in 20 years. The 1977 Janata Party coalition experiment was significant, in as much as it not only exemplified a new political trend by offering an alternative to a single-party majority at the Centre, but also signified regionalization of Indian politics, because the constituents of the Janata govt were mostly region-based, though ideologically they held the national identity. Thus, the seed of coalition governance was sown for the first time in 1977, though it was a lacklustre experiment. The experience of coalition partnerships at the Centre has never been happy in the country, with the constituents ever known to be taking undue liberty with the leaderships. Perhaps the Atal Behari Vajpayee govt, that took office in 1999, passed muster with a better record.

The proposed 'mahagathbandhan' this time, too, may not bear fruit, even if it takes off in earnest with the intent to dwarf the Modi factor. The 2015 local Bihar experiment may not work against the 2019 formidable Modi juggernaut at the national level, for the simple reason that none of the parties vying to be coalition partners enjoys even the 'national status'. The Congress itself, with just 44 seats in the Lok Sabha, has failed to hold the position of the leader of Opposition in the House. Coalitions can succeed only when a party clearly assumes the role of leadership with at least 150 seats in the Lok Sabha. Of all the stake-holders, Congress is the only party that, to an extent, can be described as a national party. If every party scores scantily in 2019, how will the mahagathbandhan choose its PM. First, there will be internecine war for the leadership and then for the portfolios. Finally, with poor numbers of his party, the PM will just remain listless as an ineffectual angel within the ruling set-up. What manner of 'mahagathabandhan' govt will that be?