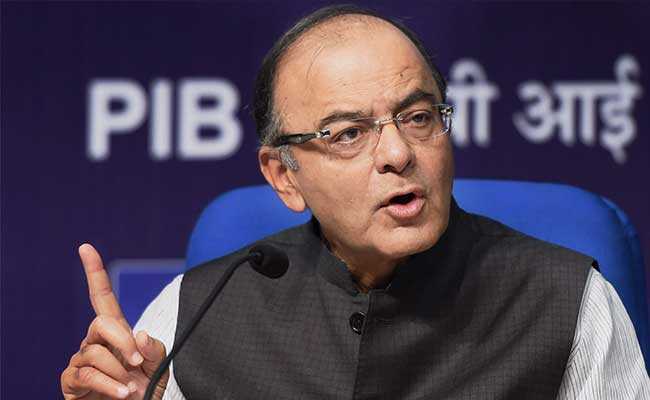 In quashing the sedition charge against Finance Minister Arun Jaitley, the Allahabad High Court has apparently paved the way for initiating a serious debate for scrapping the draconian laws under IPC  sections 124A (sedition) and 505 (an act intended to cause alarm and fear to public).The sedition charge was slapped suo motu by a UP judicial magistrate for criticizing the Supreme Court verdict that had quashed the National Judicial Appointments Commission and upheld the validity of the 20-year-old Collegium System under which "judges had been appointing judges", wholly eliminating the Executive from the selection process, something that is considered widely inconsistent with the basic premise that "government in a democracy is by chosen representatives of the people." Constitutional experts find the Collegeum system "opaque that needs transparency since it gives primacy exclusively to the judiciary.

While initiating criminal proceedings against Jaitley, the Mahoba Magistrate had issued summoning order and fixed November 19 for his appearance for an offence under the above sections. While the government response to the apex court judgment has been largely mild, Jaitley’s Facebook post and his earlier comments have opened the doors for bitter exchanges between the Executive and the Judiciary. Jaitley had called the judgment “tyranny of the unelected" and termed as "erroneous logic" reasons given by the apex court. He warned that democracy would be in danger if those "elected are undermined". In upholding the independence of judiciary, he said, the court had "diminished five other basic structures of the Constitution, viz, parliamentary democracy, an elected government, the Council of Ministers, an elected Prime Minister and the elected leader of the opposition.” So, what was "seditious" if Jaitley found  the top court verdict "erroneous" while focusing on "an alternative view?"

Hearing the Finance Minister's petition for quashing the charge, Justice Yashwant Varma accepted his contention that the Magistrate neither had the jurisdiction nor power to invoke sedition charge against the Minister for merely criticizing an apex court verdict. The judge apparently viewed the charge frivolous and without merit, coming down heavily on the magistrate, saying "he had committed a manifest illegality in forming an opinion that an offence under the above provisions stood prima facie committed."

In recent times, many such cases came up that were intended to silence the voice of dissent. Charges under the anti-sedition law are being increasingly slapped on critics of governments run by various parties or on activists or private individuals. People are dragged to court, at times surprisingly for very flimsy, trivial matters that are interpreted as “seditious and gravely threatening to the authority of State." Sometimes governments issue guidelines that build a protective wall to prevent even legitimate criticism of an elected government and its political leadership. Such criticism is considered an offence, if it brings a government to disrepute or disgrace or is intended to dislodge it.

Tamil Nadu CM Jayalalitha has slapped sedition charges on folk artist Kovan who flayed her liqour policy through a satirical song. Hardik Patel, leading reservation struggle for his community, faces a sedition charge for telling a fellow activists that he “better kill policemen rather than commit suicide.” Hardik had reacted in anger when the police opened fire and made lathi-charge on protestors, causing some casualties. And how do such expressions or activities become seditious if journalists merely draw critical cartoons, people hold protests rallies against some government policies or just criticize erring Ministers or bureaucrats? All frivolities these ! That explains why the Bombay High Court slammed cartoon Aseem Trivedi’s arrest as ‘frivolous'.

Sedition is mass rebellion or agitation against the authority of a state and the provision can be invoked only when a serious threat exists to public order. It is a covert conduct that tends to cause insurrection against the established order : It may be resistance to lawful authority involving commotion or subversion of Constitution. Although the contours of sedition change overtime in every country, most democracies tend to make it less harsh and vindictive in modern times, given the social pressures for greater freedom to citizens. However, the anti-sedition law, which was enacted by the British in pre Independence days to suppress revolt against the fiery revolutionaries, is being increasingly misused today to stifle the voice of dissent and free speech. Even the UK has dropped such a provision from its statute book, as have done many other countries in the world.

If the Narendra Modi govt is able to delete these oppressive laws from the Constitution, he will earn the sobriquet of 'freedom lover', a votary of democratic liberty that allows free speech and expression to all citizens. That would, by implication, leave the discourse of alleged 'intolerance' against him and his govt biting his political adversaries. In a vibrant democracy like ours, no protests, violent or otherwise, by any section of society, can pose serious threat to a lawfully elected govt. Nor can a govt afford to be autocratic here, because in such a situation, citizens of the country quickly rise to throw away any govt they find anti-people and repulsive. Post-Emergency general election of the '70s bears testimony to this fundamental import. Our society doesn't need anti-sedition laws!

For Indophiles By Ramawatar Sharma