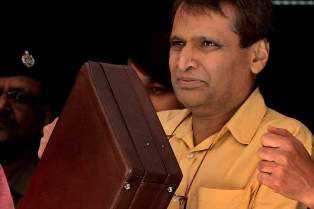 Picking threads from my understanding of Railway Minister Suresh Prabhu, with whom I had some close interactions in the past, I had written in a column earlier, "here is a man who hates populism despite its juicy dividends."No one could imagine he would present a maiden rail budget without announcing a single new train, against the states' demands for more than 250. Didn't he know what brings popularity or how quickly it goes when one takes a bold decision that partly militates against popular expectations? Without bothering to win short-term applause on populist giveaways, especially when the organization is reeling under severe financial crunch, Prabhu has proved he is thoroughly practical and businesslike. 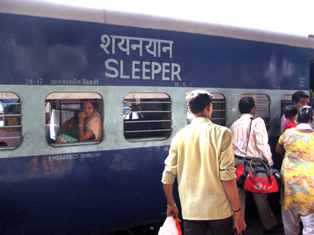 True to his conviction, Prabhu has delivered initiatives that are not only bold and reformatory, but also give a steady direction to restructure the railways' sprawling system to closely link it to national economy.  Seen in the context of all-round attacks on Narendra Modi govt and the subsidy-based freebies being delivered by Arvind Kejriwal govt in Delhi, Prabhu's budgetary exercise focuses more on a solid, consolidative programme than on selling false dreams.

Realizing that several unfinished rail works have been languishing over the years due to lack of funds, just because his predecessors thought it wise to make vague announcements in the absence of sufficient funds in the kitty, Prabhu chose to be practical. Instead of announcing new tracks, new trains and elephantine projects, as was routinely done in the past, Prabhu focused on augmenting the existing capcity by 'doubling' the present routes that face unmanageable traffic. A four-fold increase in allocation, amounting to Rs 18,420 crore, will bring substantial relief on these routes. Thus, he tries to  consolidate and modernise the basic infrastructure which ultimately will provide comfortable journey to the common man and will become the engine of growth.

Significantly, Prabhu appears confident that Railways will play a big role in socio-economic development of the country. Since Railways carry a big burden of expectations, he hopes to attract massive investment here that will have multiplier effect on other sectors. He says the cycle of persisting under-investment in the Railways must end now and proposes to deliver "a sustainable improvement in customer experience and make rail a safer means of travel." He has opened a viable channel for massive private investment through an independent, credible regulator that was casually talked about earlier, but was never acted upon because of the populist strains capturing the imagination of his predecessors.  Extending the institutional mechanism, Prabhu decides to set up Transport Logistic Corporation of India to aid expanding freight handling capacity and provide end-to-end logistic solutions.

Everyone knows passengers do not mind paying a little more if they get satisfactory services, both in rail compounds and in coaches. Telecom revolution is one example that proves people enjoy freely spending on facilities that give them a better life and connectivity. That explains why almost 100 million people carry mobiles in India enjoying the traction of telephony today, no matter what their earnings are. Prabhu has noticeably missed this opportunity. He could easily have tried to mop up sizeable revenue by raising passenger fares, rather than hiking the freight charges, something that appears to be negative in times of reform. His investment orientation would have acquired a stronger overtone, had he spared the freight.

Already, passenger services utilize over two-thirds of the railway resources, yielding less than one-fourth of its traffic revenues. Going by 2012-13 figures, passengers would appreciate that while a freight train yielded a revenue of 894 per km, an average passenger train ran on a loss of Rs 385 per km. Social aspect, no doubt, is important, given our economic disparities, but in terms of gathering working funds, each penny counts. If Prabhu's investment plan needs a whopping Rs 8.5 lakh crore over five years, how will he manage the resources? Right now, he just has some Rs 45,000 crore budgetary provision for the current year. However, pension funds and multi-lateral banks have already evinced keen interest in investing in Railways. Besides, wagon-making scheme will also be reviewed to make it easier for private investment. An infrastructure fund, in joint venture with IRFC, will also be created for long-term financing of projects.

Prabhu has presented his budget at a time when international oil prices have fallen beyond all comprehension. The much lesser outgo on this account would save him money for providing better services to rail users and also towards offsetting the extra burden coming due to increased wages to the staff of such a gigantic organization that already consumes over 33% per cent of its income. It is hoped Prabhu will be able to enhance staff efficiency and productivity, effect savings through cuts in wastages, reduce costs, all of which have a very poor record. The functioning of Railways and its structure need to be streamlined which have remained mostly rudimentary all through the decades. Prabhu has a major task to discipline senior functionaries and the staff below, few of whom have become liabilities. There is also evidence of free play of corrupt practices which leads to heavy loses of revenue. Prabhu is serious on this and says, "Railways can't function in 'business as usual' mode."

The Railway Minister’s proposals make good sense: He promises to introduce train sets that will save 20% of journey time, similar to bullet trains in design, and can run on existing tracks. The speed of passenger trains across nine corridors will be increased to 160-200 km from 110 km. SMS alerts will come soon for train timings. There will be air-conditioned coaches for suburban trains too. Station redevelopment policy will be revamped with the bidding system in place. Ten satellite railway stations will be developed this year and 800 km of gauge conversion will be commissioned. Of special interest will be on-board entertainment facility on Shatabdi trains. More general class coaches will be added to select trains for the benefit of the common man. Wi-Fi will be available at 400 railway station

Projects worth Rs. 96,182 crore are there to expand capacity of 9,420 km rail lines and 6608 kms of track will be electrified. CCTVs will be introduced in select trains and suburban trains for women safety. Train protection warning system and collision avoidance system will come soon. Rail connectivity to many ports and mines will be provided. Full-fledged Railway University will come up by next year. Online application has been made essential for all recruitment process. To ensure greater safety, 917 work projects are proposed to eliminate over 3,000 unmanned crossings in all states.

Having done so much, Prabhu seems to have overlooked the core issue of cutting down on Railway's flabby management layers. It is hoped he will look into the wastages caused due to unscientific administrative set-up and malfunctioning across its zones and divisions if he wants private investment to carry the organization afloat. Is there any security if goods are regularly stolen from go-downs, putting further strains on Railway resources? Are these thefts parts of an organized racket? It is hoped Prabhu will stop this swindle!

Editorial by M.J Akbar - Bose as PM of India