As Mr. Bakshi, the owner of Uppal Bakshi Farms unpacked the cartons and stacked up the fresh carrots and radishes in order, a bunch of high-spirited school children gathered around him, gazing at the attractive vegetables which they usually detest. Wondering where would you see such a scenario? Well, then you shouldn’t have missed out on the Organic Farmers Market, organised by Centre For Science and Environment (CSE) on Sunday, 31st January 2016. Held at the India Habitat Centre’s (IHC) lush green Margosa Lawns with live cooking demonstrations and visitors feasting on winter foods such as makki ki roti and saag, raagi ka poora, herbal teas and healthy salads, the place perfectly complemented the event. 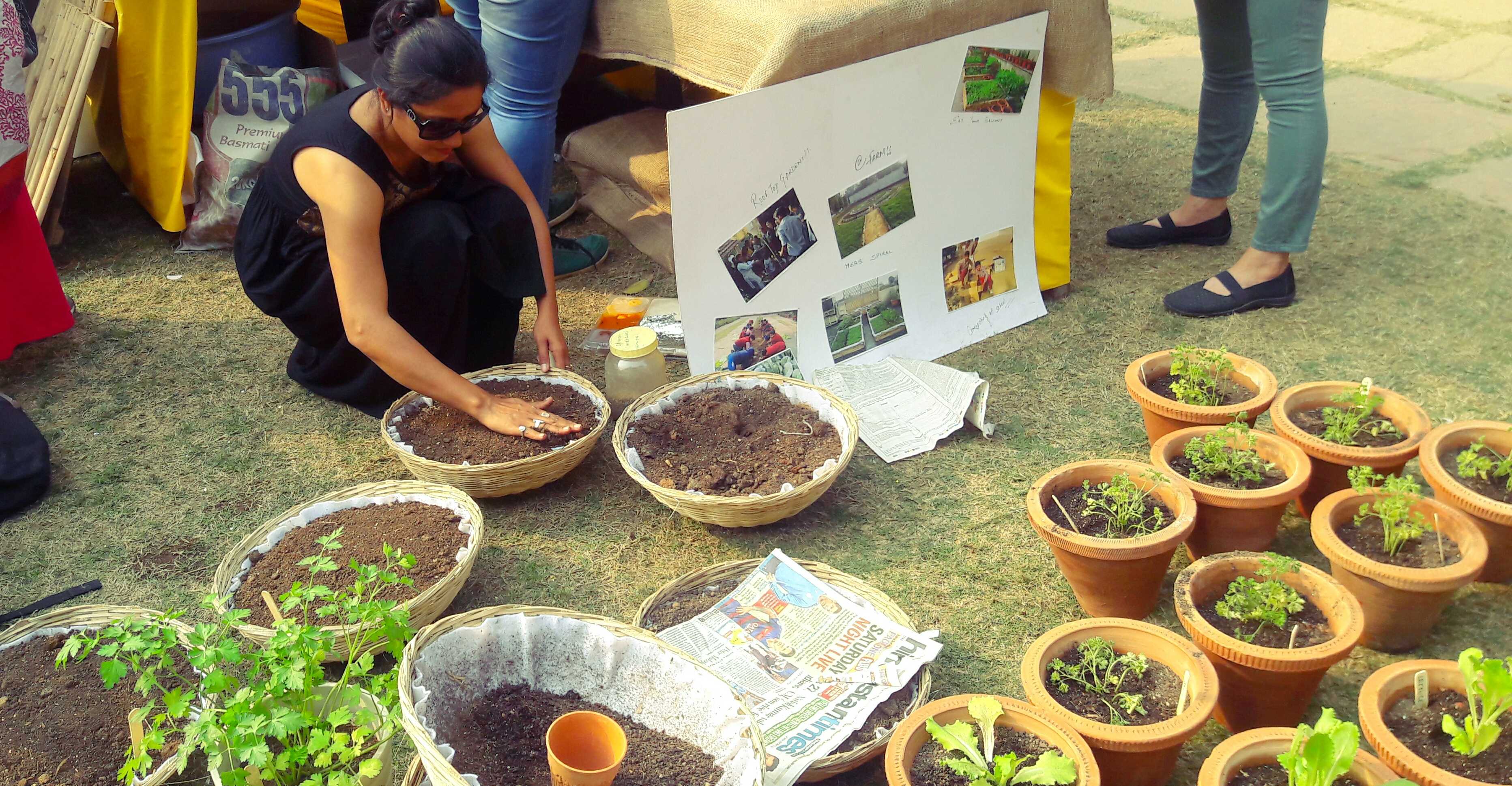 For centuries, our agricultural ancestors have believed in organic and natural farm products. But the advent of chemicals has been responsible for a shift to fertilisers and pesticides. As natural as they may appear, the fruits and vegetables have lowered in nutritional value, in turn, making them less healthy for consumption. The Farmer’s market was an attempt to make people more aware and provide them with healthier, organic options which were priced moderately considering the benefits they offer. Inspired and aroused by an interactive session on Odisha's shifting cultivation and traditional diet conducted by Jayshree Nandi, principal correspondent at The Times Of India and a CSE media person, many listeners showed interest in starting organic food production and seeked guidance regarding the same. Similar enthusiasm was displayed by the farm organisations present there.

Talking to Fnbworld.com, Snehal, representative of 4S Milk and dairy products said, “We are based in Rewari and our dairy is spread over 80 acres, breeding both Jersey and Desi cows. Basically, we deal in organic products, so much so, that even the fodder given to the milking cows is 100% organic. Apart from cow milk, we sell its by-products like paneer, unsalted butter etc”. At the other end, another story was yet to be heard. Bhim Singh, representative of the Jaivik Kisan Samuh and one of the five brothers owning the 55 acre land area reports, “Hum sab organic ugaate hain, na pesticide use kartein hain na hi koi fertiliser. Yeh samaan sirf humaara nahi, mere kuch doston ka bhi hai jo yahan tak nahi pahunch sakte hain.” Daal, mustard, oil, wheat, rice, pulses, you name it and they grow it! They also exhibited the ‘100% Organic’certificate while selling the produce. Their collective bond has led them to help the poor farmers by bringing their produce to us through such initiatives. Isn’t it simply great?

The centre of attraction was a kiosk named ‘Edible Routes’, which had a range of potted plants and beneficial herbs to offer. Interestingly, they also had a map which traced the steps of setting up a ‘rooftop organic farm’. Addressing the enthralled customers, Ms. Richa remarked, “Such active participation is a great motivator. This consultancy of ours is based in Sapda village, Jamnagar District but our corporate office is in Kapasera. We not only conduct workshops but also provide advice for kitchen, terrace, corporate, community and school gardens.” This whole experience throws light on how people are still connected to their roots, their soil and their land, so deeply. So what are you waiting for? Grab your ‘khurpi’ and start digging. 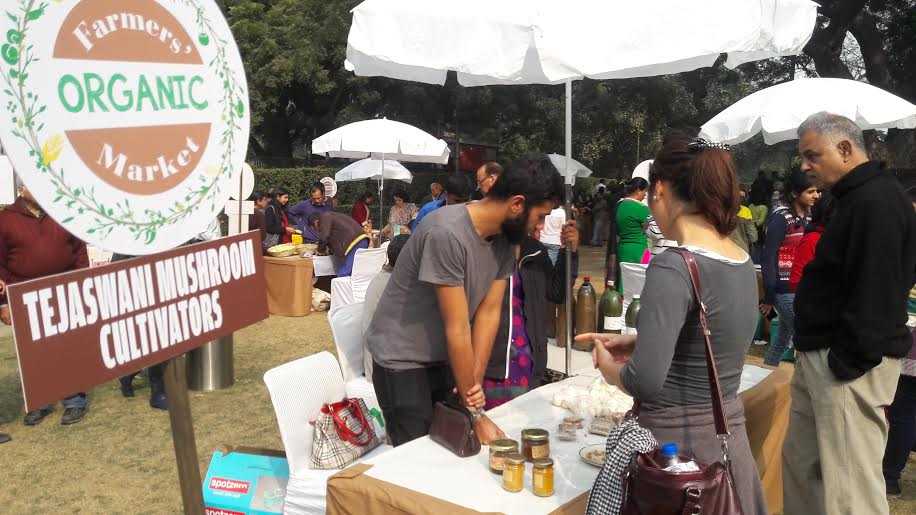 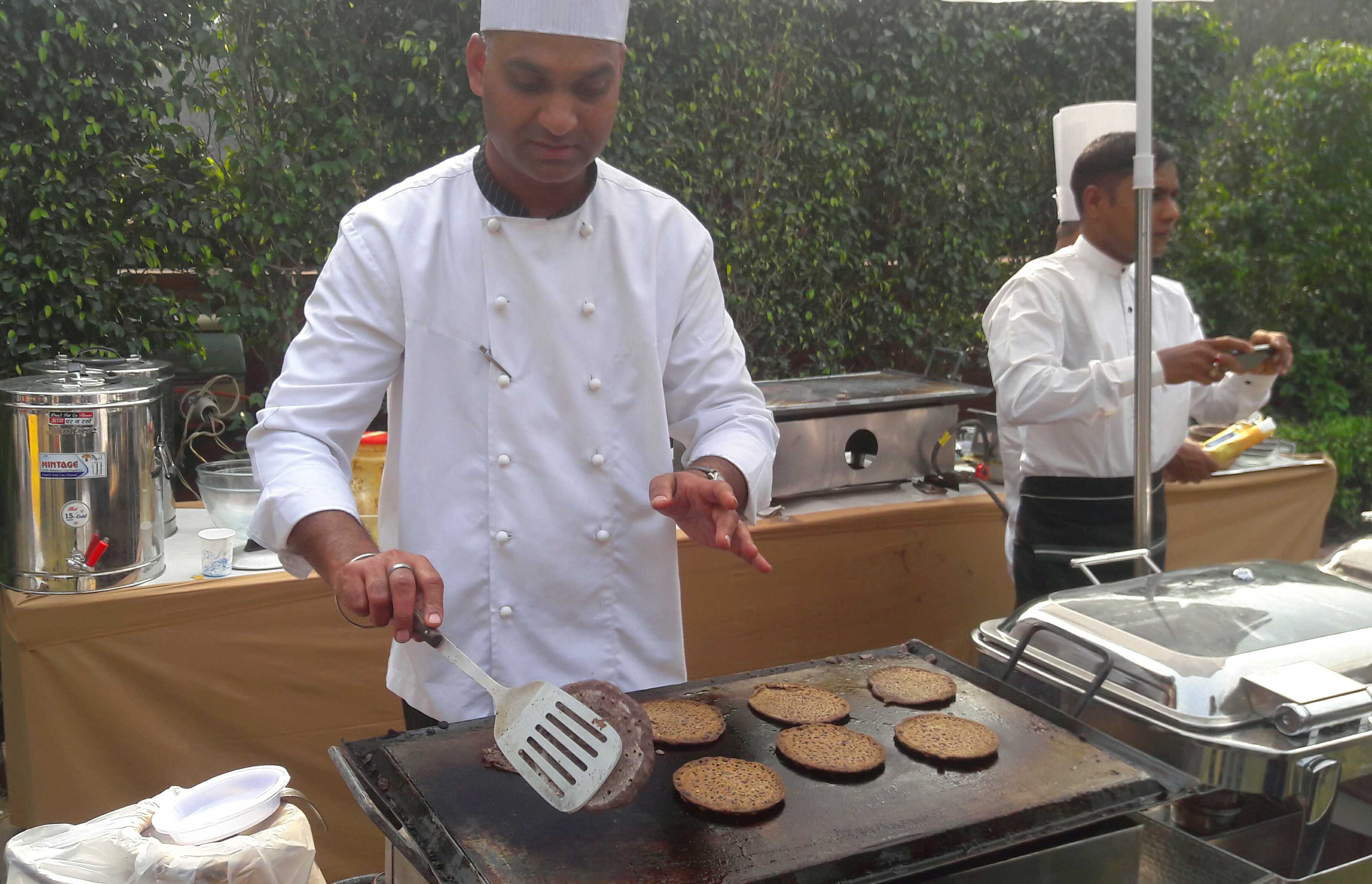