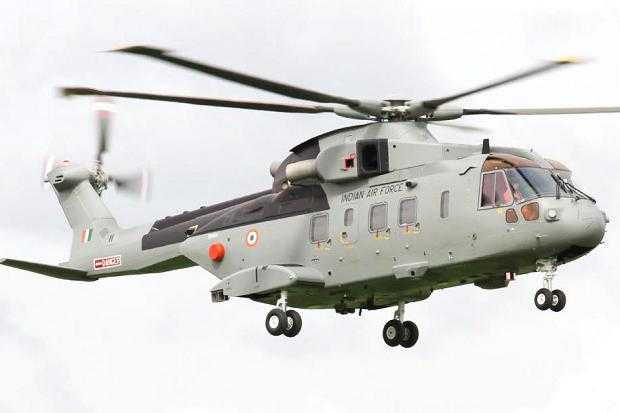 As the UPA regime-driven AgustaWestland chopper scam overtakes Parliament, giving another shock to the nation, the Congress leadership looks pretty remorselessly determined to fend off the crisis as a victor of the ring. The party's heady acts of omissions and commissions, especially those that keep critically chasing its leadership and its overzealous courtiers, may have pushed it on the backfoot, but its faceless imposition, despite its innumerable improprieties, seems coming from an eccentric mindset. Now badly demoralized and shattered, the party is attempting to pull a reluctant Opposition into its web of nasty discourses to jointly pounce upon a government that looks keen to do some serious business in Parliament, to give speed to its projected reforms aimed at producing sharper growth and the much-needed jobs for the country's youth. 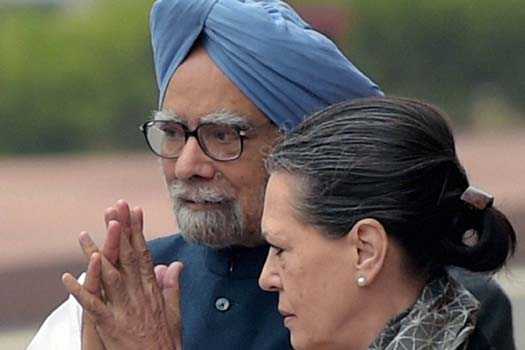 When someone loses the sense of shame, they say, the person loses also the power to see, listen and introspect. What more evidence do these Congress leaders want of their alleged criminal inroads, other than the Italian court’s judgment that exposes the role of Sonia Gandhi, her political adviser Ahmed Patel, Manmohan Singh, the then IAF chief S P Tyagi, his self-appointed kin, who did his unofficial errands in the scandalous chopper deal, along with a host of other top officials? The court mentions Sonia’s name (signora GANDHI) four times, while convicting Giuseppe Orsi and other officials of Finmeccanica, the firm which manufactures AgustaWestland Choppers.

Advisory was also issued to the British envoy to lobby with all those in Sonia's core team to win the contract. The court annexed documents, including some handwritten notes, that revealed how the bribe money, amounting to 30 million Euros, was shared among powerful politicians, bureaucrats and Air Force officials. Even the tender norms were diluted for money’s sake, to carry the contract through. As the deal was ultimately scrapped under pressure from the Opposition, then Defence Minister A K antony had himself admitted in 2013 that the chopper contract had the trail of bribes. In an interview on Thursday, Antony came out in defence of the entire Manmohan govt action linked to the deal and wanted the guilty to be punished, but he failed to explain convincingly why the UPA govt had got the Italian probe slowed down.

Though there are surmises within political circles that Pranab Mukherjee, Manmohan Singh and Antony, named at various stages of the probe, could be those who never received any slush money, facts will come in the open only after the investigation is completed. However, the country's masses may be viewing all this with shame, but the Congress leaders are neither embarrassed nor apologetic, least of all now when the Italian court has thoroughly exposed them. The question also arises here why and what for the Narendra Modi govt did not accord top priority for the Indian inquiry into the matter. What an anomalous situation: while the foreign bribe-givers are in jail, the Indian bribe-takers are roaming free like lords of the ring, ready all the way to fight out their "ruling tormentors"!

The extent of their "scandalous acts" may be too imponderable and mind-boggling, but at least one deserves mention here. Going a bit too far, the Congress leaders chose not only to protect the known Pakistani and Indian perpetrators of the Malegaon, Samjhauta Express and other terrorist attacks that took hundreds of innocent lives years back, but bashfully hooked instead, the activists of Hindu outfits through an obliging NIA brass, demolishing the elaborate CBI and ATS probes that had earlier hauled up nine activists of SIMI that had been banned for its relentless acts of terror. Congress leaders, like other party men, may be entitled to create their chunks of vote banks, but how can they sacrifice national security by letting off the proven blood-thirsty culprits for votes? The evidence has now been conclusively provided by none other than Sonia Gandhi's own sharpshooters, former Home Ministers P Chidambaram and Sushilkumar Shinde directly or indirectly.

What do their actions as UPA Home Ministers mean in dragging a set of innocent Hindu activists into the dragnet, while freeing all the convicts, who happened to be Muslims? Doesn't this ill-tempered push into the dark alley of dishonesty, understandably under orders from the top, tar the leadership with a role that is patently murky and villainous. In the Ishrat Jahan case, the UPA govt initially mentioned in its affidavit that she and the others killed in the encounter had the LeT connection. How come, then, Chidambaram chose to submit a second affidavit, calling them "innocent Indian citizens"? One wonders if at all these wiles are helping the Congress leaders augment their vote share anywhere in the country? The party may have done a little better subsequent to Lok Sabha elections, especially in those held in Bihar, but its stocks intractably linked to its sagging image, under a corrupt and self-centered leadership, look abysmally low at present. Right, they may do some inward looking and manage their guards, but what about these chopper bribes that had come from a foreign land? 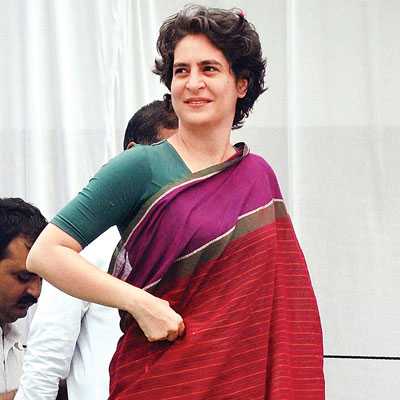 At this stage, when Congress appears indisputably down and out, the party may project Priyanka Gandhi as its CM candidate to enhance its winning prospects in the U P Assembly elections next year. Sonia Gandhi is not averse to the idea, but wants the party functionaries at the national level to create a sufficient momentum to that effect. She doesn't want Priyanka to be looked upon as a regional leader even at the entry stage. Sonia is now more or less convinced that Rahul Gandhi may eventually fail to make grade as PM since his image has already taken a serious beating and he is precariously perched on the political precipice. In Sonia’s view, therefore, Priyanka remains the only mascot of the Nehru-Gandhi family to bring the Congress back to power, even though she doesn’t bring her disappointment with Rahul to the fore.

That political wizard Prashant Kishor, who wrote landslide win for Samajwadi Party four years ago and has now shifted side to the Congress, is also keen on bringing Priyanka Gandhi to the political front as the party's chief ministerial nominee. But an influential section of the party is not happy with the idea. This group, consisting of some influential leaders, is keen on building a leader from outside the 'dynasty'. So, if Priyanka is conclusively mounted on the U P rostrum and is finally groomed as a national leader, the 'commoners' in the party will get a rude jerk. Sonia Gandhi herself is apprehensive that Priyanka may not be able to pull off the desired march to an unchallenged leadership, given the presence in her household of a person like Robert Vadra, who has been giving shocks to the nation and the Gandhi family ,causing terrific irritants perennially also for the party.

People like Khurshid Alam Khan, Diggi Raja, Anand Sharma and Jyotiraditya Scindia and the crop of young Congressmen have been pushing this idea, but Priyanka herself is visibly nervous and may eventually decline the offer. Let's put it in perspective: Priyanka or no Priyanka, the Congress looks doomed for the present. Up next, the largest state of the country looks sitting on a regional platform once again. Vast sections of UP voters still like Narendra Modi, but he and his knight at arms, BJP president Amit Shah, have failed to build a beaming party or a local leader worth a significant repute and high political indulgence, capable of driving home the benefits of Modi's Prime Ministerial presence in Delhi. It's time to wait!