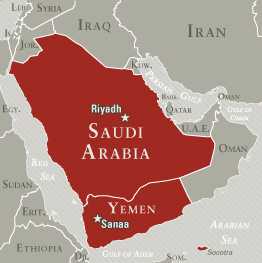 As terror finds its serpentine passage through home garbage which metal detectors can't snoop on, the peace-loving part of the world has reason to feel uneasy about the terrorist threat getting more and more insidious and destructive by the day. Technical experts working for Al-Quida and other such groups have invented a new recipe to build lethal explosive devices using household ware without metal components. These killer bombs, passing through security checkpoints undetected, can blow passenger planes and other sensitive zones taking heavy toll of innocent human lives.

The Yemen chapter of the terror joint that ordered Wednesday's attack against Charlie Hebdoo, outlined the "bomb recipe" in the latest issue of its online magazine "Inspire". Running with the nomenclature, "Al-Quida in Arabian Peninsula" (AQAP), the outfit says, "We have spared no effort in simplifying the idea". That also means that AQAP expects its jihad operatives to strike with 100 per cent accuracy, efficacy and success, irrespective of the complexion of its targeted victims. It may be observed that international or domestic flights of airlines carry passengers of all hues and religious communities, no matter if these include the very set of people or ethnic groups the terrorists are fighting for. When indiscriminate attacks are mounted, people of all faiths suffer. So, what manner of jihad is this that doesn't distinguish between right and wrong? 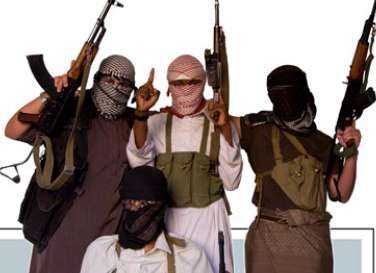 The phenomenon of extreme anger and hate, all in the name of religion, defies all logic and sensibilities since the operatives of these killer bombs know all too well that such adventures bring them immediate tragic deaths. The suicide squads, undisputed enemies of humanity, don't even live to feel the "pleasure" of hearing the painful cries of their dying victims or seeing them dead. They don't even know whom they are killing and why.

The way 10 Pak terrorists mounted attack on Mumbai through the sea knew more than anyone else that they were out to kiss death on orders of their masters, Hafiz Saeed and others, notable henchmen of the Pakistani Army and ISI, who live in well-protected, cozy places. The intense drive of bravado on the part of these perpetrators, inspired by inherent cowardice, pushed the misguided, confused youth into the valley of death. Kasab had told his interrogators that he and his accomplices, who died in the shootout, knew very well that "they all would be killed either before or after they had shot some unknown people."... "Then why did you do that," asked the interrogator. Kasab's terse reply was: "I have no answer to this question." Can anyone explain this phenomenon of madness and criminality that pulls one into the abyss of annihilation where even soul of the unrepentant, wicked person dies with the body?

Why is the human mind becoming so vile and destructive, losing its tuning with the soul? Why do the killers of humanity espouse the life of disquiet and hate? Did the terrorists who killed 17 people in Paris think that by killing some people they would be able to muzzle the voice of dissent? How come, the minuscule religious groups of myriad shades anywhere in the world assume that they can rule the world on the strength of senseless violence, persecution and bloodshed? Does anybody understand that if everyone starts doing the same, who will be left to live on the planet which the Lord had so gracefully gifted to human beings with all its bounties?

Therefore, while the terrorist groups must make a sensible appraisal of their cruel, inhumane actions and all the horrific run-downs they face in retribution, the more sensible world must get together to size up this destructive enormity. All of us know that tragic events of violence become a source of pain to everyone and ultimately bring series of retaliatory actions, causing further bloodbath in society, the peace-makers must move swiftly to check this slide through international pressures, dialogue and persuasion. Why can't international fraternity move in to undo the injustices that cause perennial violence the world over? All growth, progress and development make no sense if the world has to live with perpetual life-threatening disturbances, cruelty and violence!

All those scores of security men and civilians who died on Indo-Pak border in recent months in the midst of truce violations, must have been living today, had the border remained quiet and free of armed conflicts. So, what has been the price of bravado and bloody engagements on this border? Who has emerged victorious, India or Pakistan? None, I suppose; only the precious, brave lives have been lost and dozens of families have suffered in bereavement, having lost their near and dear ones.

Therefore, if peace can return through dialogue, we must try that, forgetting the past events. I am feeling strongly now that New Delhi must go in for talks with Pakistan, may be with certain conditions acceptable to Islamabad. There has been too much of violence already. We must think of the people living on two sides of the border in these severe weather conditions. If the two countries are hell-bent on fighting, let them do so later on. Both looks tired at the moment!