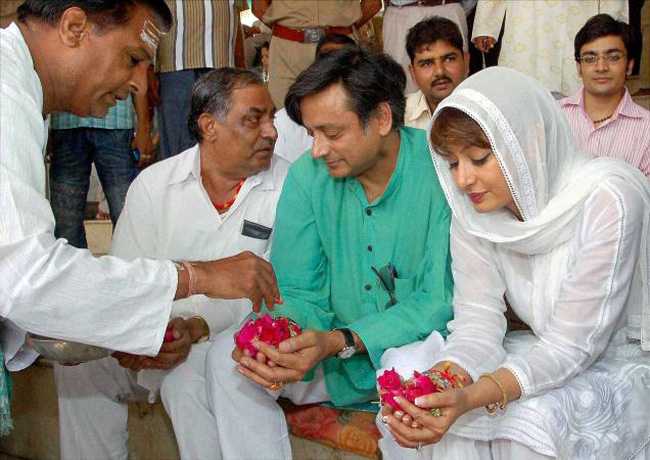 It's disturbing to note that in modern times of highly competitive scientific research and advancement the world over, we are left behind by decades. The death of Sunanda Pushkar, wife of Congress leader Shashi Tharoor, has brought to the fore yet another instance of how investigations of high-profile cases involving gruesome crimes are fudged because of inadequate probe facilities, sleuths' lethargy, absence of strong will power to seize the fulcrum of notoriety and deliberate distortion of facts driven by ulterior motives. Dehumanizing cases of Arushi Talwar murder, Tandoori killing and burning of Naina Sahni, where Congress youth leader Sushil Sharma was the culprit, and Nithari sex scandal that saw over a score women and children raped and killed are some glaring examples of how criminally vital evidence can be destroyed to push the matter into the whirl of unsustainable doubts and suspicions. 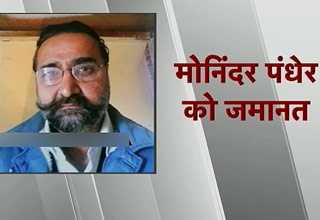 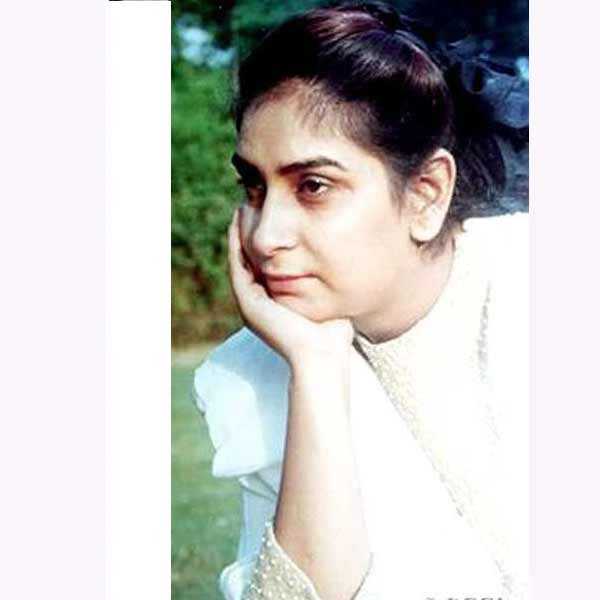 The controversy surrounding the examination of Sunanda's viscera sample exposes how badly equipped are our forensic laboratories where poisons such as thallium, polonium, photolabile, nerium oleander and many others can't be detected. This is a monumental shame that Indian labs don't have the right professionals and equipment to detect poison in the viscera of a victim of crime, even though we have world class technical education institutes around. Dr Sudhir Gupta, head of the forensic department at AIIMS, who conducted Sunanda's postmortem, had in his report, raised the possibility of her killing with poison. But the Indian labs, he lamented, were not equipped to detect every poison that may be used to kill someone.

Forensic labs carry out most crucial of tests needed to nail the accused. Vital test-samples include blood, DNA, semen, teeth etc that serve as crucial evidence for convictions in court. Dr Gupta had reported on January 19, 2014, immediately on completion of the autopsy, that it was "a case of sudden, unnatural death." The report, submitted to the SDM investigating the case, further added that death had been "caused due to poisoning, which could be suicidal or homicidal." He had also alleged that he was being pressurized to give a "tailor-made" report. Doctors subsequently also presented a list of poisons that could not be detected in any Indian lab, howsoever well equipped that might be.

Having lost precious one year's time, with controversies taking rounds and influential people, including some senior AIIMS officials, settling scores with Dr gupta, nothing has been conclusively established so far. As the top leaders inject politics into the case with Congress alleging revengeful vendetta to frame Tharoor, and the BJP's ruling executive rebutting the charge, investigating officials have now woken up to the need of getting the viscera examined in a foreign lab. Congress leaders see this move also as an attempt to target the party. Tharoor has, however, faced the needle of suspicion ever since his exchange of "amorous mails and chats" with Pakistani scribe Mehr Tarar and his frequent spats with Sunanda became public, causing curious flutters. Sunanda even slapped Tharoor at the airport once in the presence of former Congress Minister Manish Tiwari and pushed him aggressively aside a number of times in public view.

Now when medical reports show irrevocable evidence of murder and FIR is lodged against “unknown“ culprits, with Tharoor in the focus of questioning, either as accused or as witness, investigators plan to send the viscera to a lab in Scotland or to the FBI's lab in US, the two places where CBI sends samples while probing special cases. However, questions arise here : why was it not done earlier or, were the delays meant to take steam out of the probe of this high-profile case ? It has also been rumoured in top interested circles that Tharoor had praised PM Narendra Modi with the intent to ensure that a thorough probe is avoided. Whatever be the case, this delay looks wholly indefensible and deliberate.

Fifteen injury marks were detected on Sunanda's body, but one of a needle mark in the hand was found to be the cause of her death. But despite the fact that death by all accounts had indicated murder right during the UPA rule, no seriousness was shown in the probe despite close media watch. AIIMS medical board submitted its latest report to Delhi police 10 days back, providing a vital lead that the injection mark could be of polonium poison, not detectable in home labs. So the question remains : who gave her this lethal injection, someone from within the household, or an outsider neatly put on the job ? She had no cardiac or any other serious health problem which could cause her sudden death.

The nature of investigation apart, it's shocking to observe that while our technocrats and scientists are winning laurels for distinguished services abroad, the land of their origin itself is pining for greater technical know-how and talent. Hordes of bright youths pass out from IIMs, IITs and reputed medical institutes at heavy government and personal costs, but choose to serve in foreign countries with sights trained on greener pastures. This brain drain is easy to explain, but very difficult to digest.

An India-born and educated affluent American NRI, now in India to participate in business conclaves, rues that after his graduation from IIT, he had to leave for America where he was offered a $15,000 scholarship, shortly after he was offered a job by TCS in India for a pittance. Before that he tried hard to set up a small factory in Gujarat, but his efforts failed because he was denied bank loan.

The NRI says requesting anonymity:"Even if I had started a venture of my own in India, I would not have grown into a billionaire that I am in the US today. India has all the travails of entrepreneurship, such as jostling on manufacturing blues, facing laws that are difficult to handle, red tape, labour problems that cause frequent strikes and, more than anything else, not so congenial work environment that grows for the worse over a period of time...This has to change if India is determined to grow as a superpower."

If we have lack of modern, well-equipped forensic labs and highly skilled manpower, mainly the govt is to be blamed. This inadequacy hampers criminal investigations. How many samples can we afford to send to foreign labs for examination in difficult cases ? The country has some 25 forensic labs today with less than 100 people to man them. Why can't the govt add another 100 professionals to make for the insufficiency? Also, bright youngsters can be sent abroad to receive training by rotation. There is no dearth of brainy people here; what we need is proper planning and creation of suitable infrastructure.

The Prime Minister will do well to look into this inadmissible insufficiency in our labs. If govt doesn't have resources, the goal can be achieved with public-private partnership. Dozens of private organizations will jump in to grab the job, should the government decide to participate in such joint ventures. Sending samples abroad for tests doesn't speak well for India's status and growth story. Sunanda's case will unfold with ultimate clarity only after the test findings on poisoning are received from abroad. Are we really comfortable with this?