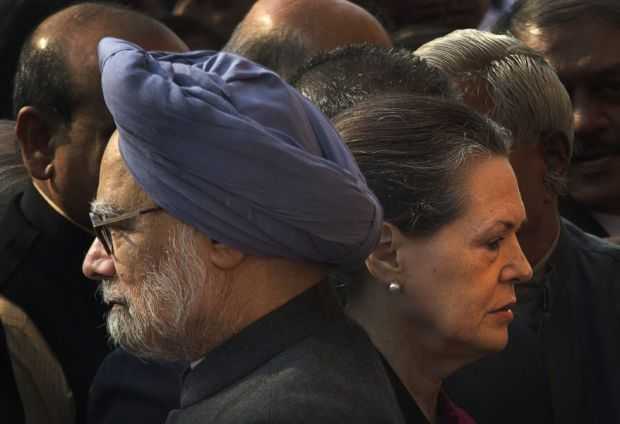 Former Prime Minister Manmohan Singh's life and career bring alive the force and primacy of time that comes hurtling on a person's existence to settle parameters of his solace and satisfaction. Known for his probity and personal integrity, Dr Singh got Prime Ministership of the largest democracy of the world as a gifted venture he could never have visualized even in his wildest of dreams. But almost a year after he had to give up office following Congress decimation in the Lok Sabha poll, time took on him, bringing trauma and desperation to his life.

A special CBI court has summoned Dr Singh as an accused in the Hindalco coal block allocation case after summarily rejecting the CBI closure report, observing that there were enough “incriminating circumstances” to prosecute him for criminal conspiracy. Taking cognizance of criminal offences under the Indian Penal Code (IPC) and Prevention of Corruption Act (PCA), Special Judge Bharat Parashar said : “This Court had to act with a heavy conscience and with full realization what the present order or the observations/conclusions being made here will have over the morale of the country as a whole.” 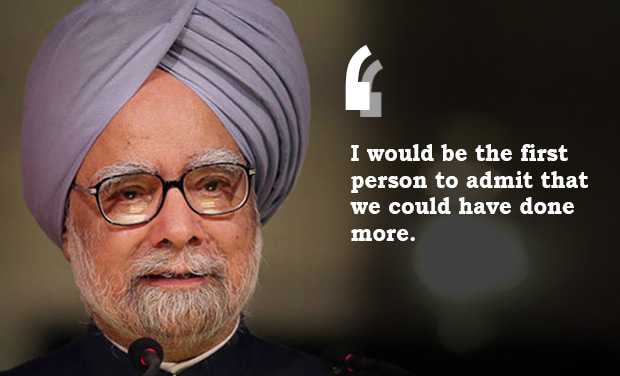 Reacting to the summons, Dr Singh put up a brave front : "Of course, I am upset but this is part of life I have always said I am open for legal scrutiny...I respect the judicial process...I am sure, the truth will prevail and I will get a chance to put forward my case with all the facts and will be able to establish my total innocence.” Dr Singh will appear in court on April 8 when he will answer queries on the alleged offences of criminal conspiracy, criminal breach of trust by public servants under the IPC and criminal misconduct by a public servant under the PCA. The punishment for these offences could a life term, if enforced concurrently.

The case is of alleged illegal allocation of a coal block to Kumar Mangalam Birla's Hindalco at the cost of public sector Neyveli Lignite Corporation. The court also summoned Birla and two senior officials of Hindalco, Shubhendu Amitabh and D Bhattacharya, and former Coal Secretary P C Parakh. Dr Singh held charge of the coal portfolio in 2005 when Talabira-II was allotted to Hindalco. Singh is the second former PM to be summoned as an accused in a criminal case after PV Narasimha Rao, who was charge-sheeted in three cases before he was acquitted. The summons to Dr Singh and Birla had the business and industry honchos reacting sharply, questioning “why should an upright honest PM and an honest businessman be hauled over the coals.”

Congress leaders' show of solidarity with their beleaguered former boss surprises no one, for they had freely enjoyed years of unbroken power under his tutelage and ruled the way they liked. They had a Prime Minister sitting above them who enjoyed the reputation of an honest, hard-working man who drew accolades from far and wide. Those who came to the camera at Dr Singh's residence sought to blame the NDA govt for his plight, even though CBI that reports to Home Ministry and PMO, had submitted a closure report in the case. Only Ghulam Nabi Azad was heard saying that the NDA govt could not be said to be behind this order. Those who attacked Narendra Modi govt included party supremo Sonia Gandhi and former UPA ministers Veerappa Moily, firebrand Anand Sharma and Ashwani kumar. Moily commented, "This NDA govt has bulldozed the rule of law." What is, however, surprising is why did an anguished party help the govt in securing Rajya Sabha approval for its Insurance Bill.

Even though some BJP leaders described the Congress leaders’ solidarity march as a fake show intended to save the skin of corrupt party men, BJP showed unusual restraint in not gloating over Dr Singh's troubles. A senior NDA Minister said, "whatever else he can be held guilty of, his integrity can't be questioned...at worst he can be accused of lax supervision or inefficiency. He certainly deserved better." A senior BJP leader said, "Everybody knows Congress's first family was behind all corruption." As the protesting Congress workers in states block railway tracks and highways, Dr Singh's lawyers may soon challenge the summons order in the Supreme Court.

Dr Singh rode to power at a time when, except Mrs Sonia Gandhi, there was none from the Nehru-Gandhi family who could take command of the Congress regime, but her foreign origin had effectively blocked her way. She knew the party's known conspiring satraps, and also the aggressive opposition, led by L K Advani, would not let her work, were she to become PM. So, trumpeting her self-abnegation under someone's sane advice, Mrs Gandhi took to a convenient route that not only mystified the party's powerful lobby, but also planted a simple, non-scheming, well-qualified person like Dr Singh at the helm. Those moments would have been very difficult for a senior, competent leader like Pranab Mukherjee who had by then built up his reputation as a political icon and an incisive trouble-shooter. Thus, the man in command was a distinguished economist-politician who had brought the Indian economy out of the gloom in early nineties. That perhaps also explains why UPA roared back to power for the second term in 2009.

That Manmohan Singh saw his 10-year, double-tenure stint gradually coming under tremendous pressure, for he had to go by the bidding of the Congress leadership, no matter if his conscience constantly militated against his unbecoming pusillanimity in the face of a band of aggressive Ministers who worked their way only as per the wishes of their party supremo. The Congressmen, who were placed in positions of power may not agree, but the fact remains that at a point of time Dr Singh watched himself falling into an ignoble role of a figurehead with no real command to bowbeat his tormentors with. But here the question is: Why did it not occur to this gentleman to call it a day and free himself of the burden he found difficult to carry? Was it the love of his 'throne'? Or, did he find himself subjugated in the shackles of a system that moved on greed and exploitative fixations .Many of his ministerial subordinates did not even bother to take note of his instructions. In short, he served as proverbial ineffectual angel.

It came to light that DMK's A Raja was told in no uncertain terms that the norms that he had altered for allocation of spectrum would put the exchequer to a heavy loss. He was, therefore, advised to go for auction, but the tough guy would not listen. The resulting scam caused a whopping loss of Rs 176 lakh crore to the govt. In innumerable such other cases, ministers went free-wheeling on personal choice , giving short-shrift to a PM who, by nature and grit showed no temper, much less anger, though he might be suffocating inside. Everyone knows scams were committed by Congress leaders systematically, hiding behind a boss who wore the mantle of integrity.

Now that the court has taken cognizance of conspiracy and corrupt practices, the nation expects Dr Singh to come clean and name all those who played havoc with the system. How long will he take the burden of wrong-doing on his conscience ? Arguably a very weak person, Dr Singh played to the whims of Madam Sonia Gandhi and her co-furrowers. It's time for him to muster strength and spill the beans, so that all high-flying culprits may be caught and punished. More he will try to protect them, more seriously he will sink into the mire. Let him not present convoluted arguments and dish out illogically framed answers which might put him in greater trouble. If the needle of culpability points to the top leaders, he must expose them without standing by the gratitude they once showered on him by way of his anointment in their own interest. He could be silent then, but he needs to be vocal and courageous now.

The CBI court came tough, observing Dr Singh acted in "complete disregard to the direction of law, rules/regulations and guidelines" to "accommodate" Hindalco in Talabira-II allocation in 2005. It emphasized that being in charge of the coal portfolio, Singh was the "competent authority.... he took undue interest in reversing the decision not to allocate Talbira-II coal block to Hindalco." For Birla, the court observed he actively tapped his "political and bureaucratic channels" to secure allocation of Talabira-II.

Dr Singh had taken full responsibility for the allocation to Hindalco soon after CBI registered an FIR on October 16, 2013. "The Talabira coal allocation is a case where the final decision differed from the earlier recommendation of the screening committee. This was done following a representation from one of the parties. Dr Singh insisted that the decision was "entirely appropriate and based on merits of the case." .But the court termed the "conspiracy a well-designed exercise involving concerted efforts" from all the accused. .The judge said, "In the name of saving coal lying beneath the barrier between Talabira-IIand Talabira-III coal block, Hindalco was allotted a coal block which was not even kept open for allocation to private companies...admittedly, Talabira-III coal block was with MCL and was exclusively reserved for PSU." One hopes Dr Singh takes sane advice from his well-wishers and exposes the black sheep that have long been hiding under his apparel!