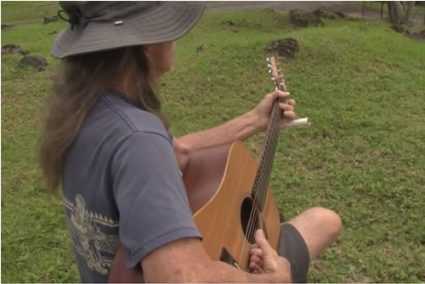 Many unique and gifted musicians passed through Captain Beefheart and The Magic Band’s ranks, and among them is Antennae Jimmy Semens himself, guitarist/sometimes vocalist a.k.a Jeff Cotton. Though not always talked about, Jeff’s impact on the Beefheart canon is immense and cannot be overlooked. 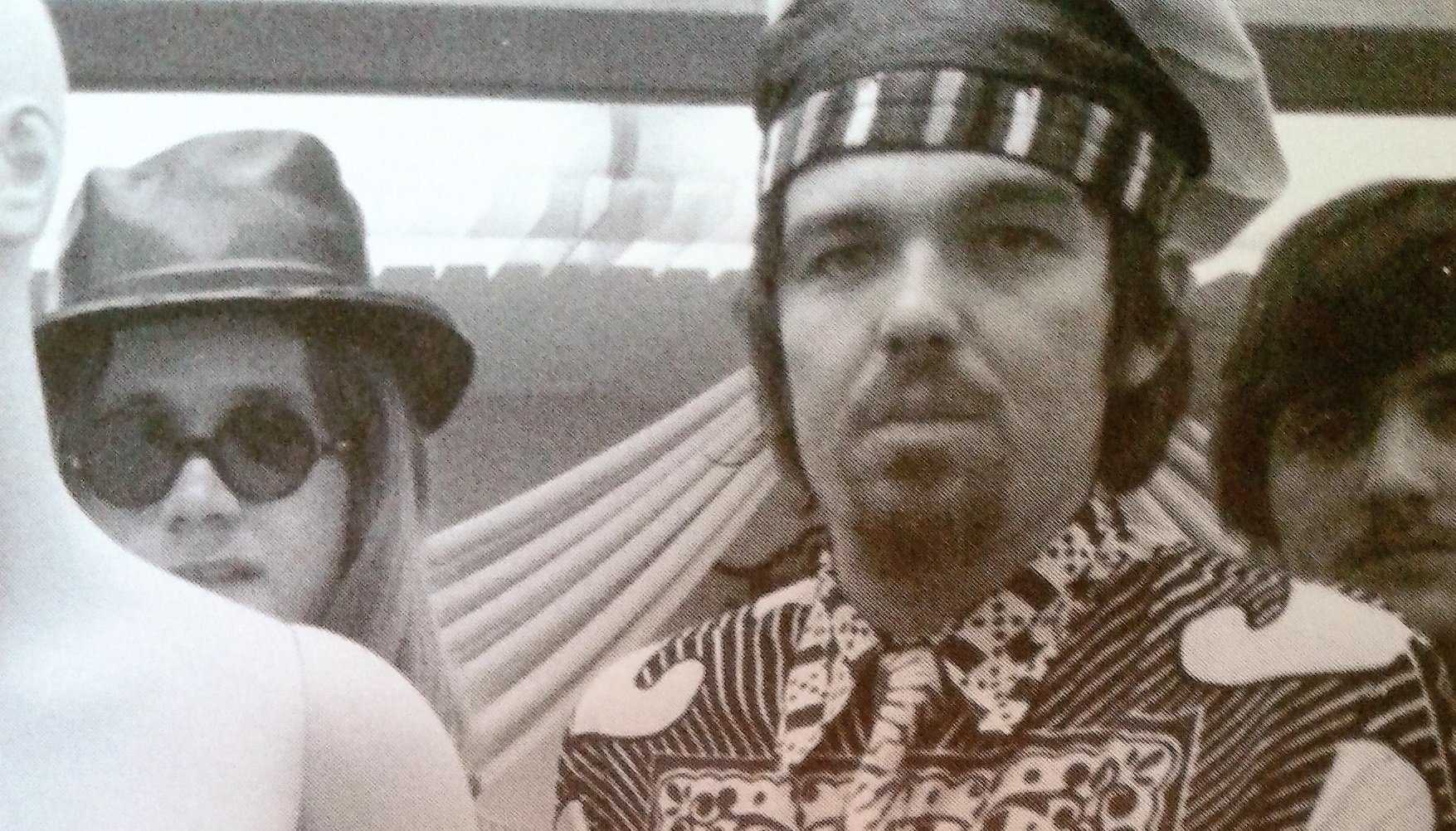 Born in Porterville, Jeff and his family moved to Lancaster in California’s Antelope Valley when he was 12 for work in the aircraft industry. Shortly thereafter, Jeff took up the guitar and his father would set him up for lessons with a young employee at the airport, singer/musician and ex-Impacts member Merrell Fankhauser. A fast learner, Jeff hit it off with Merrell and the two soon formed The Exiles, a surf rock outfit that had a hit record in the Valley when Jeff was 14, making him the first member of the future Magic Band to have a record out. 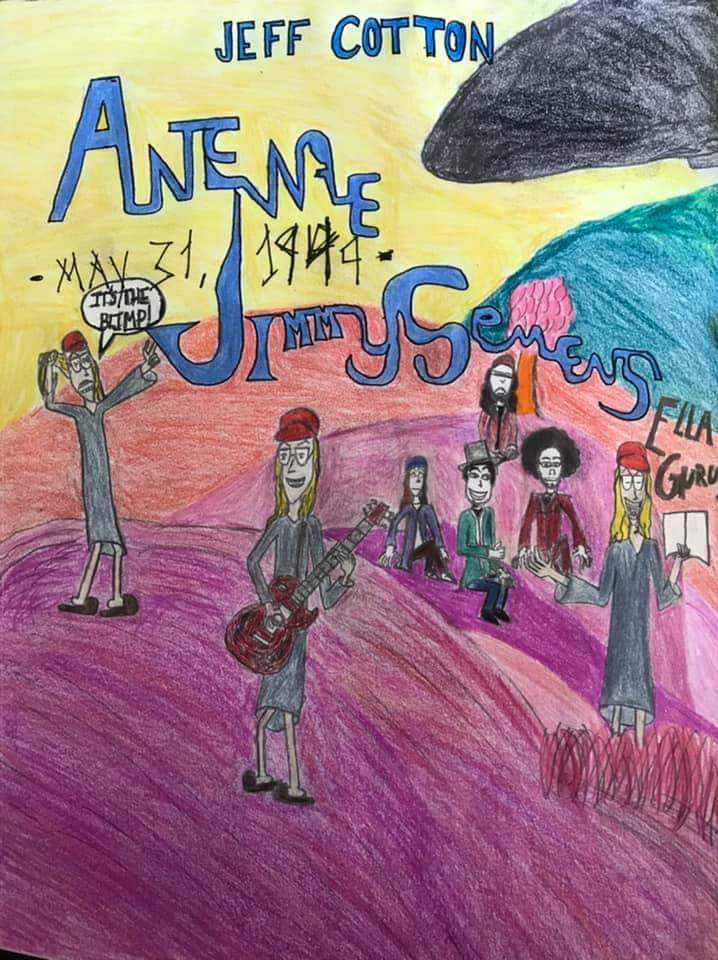 While The Exiles made their bread and butter on surf rock, Jeff’s skills went well beyond that. As a guitarist, he was able to play nearly any style he found, in addition to being a proficient clarinetist and a member of his high school’s choir. Not a surprise, then, that many other bands in Lancaster would seek him out, be it The Illusions, The Bountys, Blues In A Bottle, featuring occasional Exiles fill in John French on drums along with Bill Harkleroad and Mark Boston, and another band that had gained legendary status in the scene, none other than Captain Beefheart And His Magic Band.

With their debut album out, Beefheart and the Magic Band were beginning to build a strong buzz as a first rate blues band. However, Ry Cooder departed from the band after falling out with singer Don Van Vliet, and to replace Ry Cooder is no small feat. Lucky for everyone, Jeff was available and turned out to be just perfect for the job. With Alex St. Clair, Jeff formed a formidable guitar team that paired with French and Jerry Handley to provide Don with a band that stood head and shoulder above most.

This lineup would end up delivering two records in Strictly Personal and Mirror Man (though the later wouldn’t be released for some time), which really show the Captain and his crew starting to really stretch their eccentric blues vocabulary into other realms entirely. The Delta combines with this very hazy, surreal character as one would imagine in a sixties record that nonetheless shows this band as being really onto something, something rather foreign altogether. So foreign, in fact, that Alex and Jerry would end up departing and be replaced by Harkleroad (Zoot Horn Rollo) and Boston (Rockette Morton).

Trout Mask Replica is an album that defies conventional logic. It’s not instantly catchy or accessible, the melodies not recognizable or where most rock fans would expect them, the arrangements outwardly chaotic to most ears, and just totally against how a rock album is “supposed to be”. And then placed across four sides of vinyl!

Yet for those either curious enough to see what Zappa saw, or just stubbornly committed to ensuring that extra money wasn’t spent in vain, there’s something about it where you HAVE to dig in and take it apart. And as I can testify, it’s an album that just slowly comes together to reveal a complete picture, even after the general picture becomes clear. Though there may be other Beefheart records I play more, if I’m to only keep one, Trout is the one and no small part of that is due to Jeff.

The Beefheart sound is a rather contradictory one, being both immensely chaotic and yet so immaculately tight and disciplined. At the heart, you have Drumbo anchoring it all with brain teasing polyrhythms. Slithering around is Rockette Morton, whose basslines are more like a third guitar line that just so happens to be played on bass. Then anchored at the two ends are Antennae Jimmy Semens and Zoot Horn Rollo. On the right channel, Zoot Horn’s Telecaster is brittle, biting, possessing a massive chip on its shoulder as it attempts to survive in an extremely chaotic world. On the left, you have Antennae Jimmy, who’s Gibson hollow body is comparitively warm sounding, possessing a Zen-like state of calm in the midst of all the madness. Yes, it’s scary, but there can still be beauty in all of this madness.

Of course, Jeff is also the only band member besides Don to ever sing lead on record. The chorus to “Ella Guru”, “Pena”, and “The Blimp”, the former projecting a wonderful sense of madcap and playfulness. “Pena”, all the madness of Trout caught in one fairly short song. And “The Blimp”, you get the Mothers of Invention delivering Frank’s music with upmost seriousness as Jeff just goes bonkers at the mic, the track feeling straight out of a Mothers show at its most absurd and offbeat.

After playing with Beefheart, Jeff would reunite with Merrell for the band Mu. Named for the lost continent, the resulting music was a highly creative slice of blues rock with units of Hawaiian mysticism. Here, you really see the Zen like calm that Jeff brought to Beefheart get its chance to truly shine, and you’re really sucked into this really beautiful atmosphere that the band created, Jeff’s musical warmth and rather playful joy highlighted like never before.

Though Jeff has traditionally kept a low profile since his days with the Magic Band, the love and passion for music has never left him. Business or no business, he’ll still create and play simply because it’s fulfilling. And though he didn’t make much money off his work with Beefheart, itself made under notoriously trying circumstances, he still shows a great pride in the work he created and rightly so.

Happy birthday Jeff. Thank you for the times we’ve chatted on facebook and may you enjoy many more years of happiness and good health.