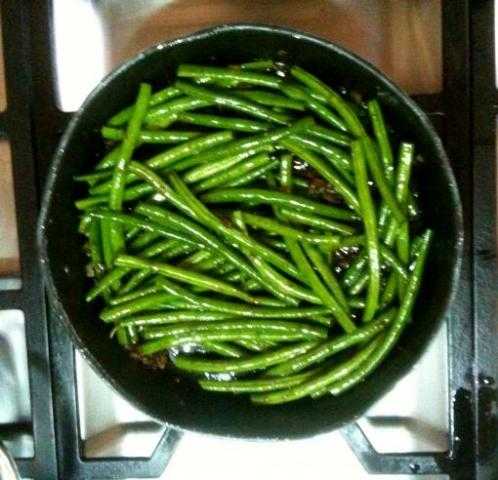 Mark my words, with ‘chottus’ and ‘kaam wali bais’ becoming scarce and expensive by the day, it isn’t farfetched when the Indian male would have to shun his macho inhibitions and wear an apron to share the kitchen’s burden. The key to a happy married life could well be lying in the kitchen soon enough, just like the West where the daily chores are divided among the family.

Ever since I have come out of the closet, making a public disclosure of my hitherto unknown, unexploited and virgin cooking flairs and began writing this blog, which incidentally has become leaner by shedding the extra weight of “blogspot” from its name, two questions have been posed to me repeatedly. (1) How come you never cooked in India & (2) When is the vegetarian recipe coming up?

Some friends, like Amrita Dhaliwal, (a former colleague from my HT and The Tribune days), have called me and have ‘interrogated’ me in their own typical style. The other day, Amrita called me up from my wife’s phone and before I could even say a “Hi”, she popped the question. In her crisp Punjabi Jatni accent she said, “Saade layee te kadi banaaya nahi ethe. Bread-toast hi khilaande rahe”. What could I say? Except, “whenever Amrita”.

However, these questions have got me thinking as to whether I’ll keep venturing into cooking once I return to India or will I just divorce the pan from the pen? While I really can’t say anything now, undoubtedly cooking here is much easier than in India? The easy availability of ingredients and the air-conditioned comforts of the kitchens here gives one an opportunity, if not the motivation, to try out new things and removes the monotony attached with the mundane routine of dal, roti, sabzi and dahi of the typical Indian household kitchen.

Like bathrooms, which have undergone a transformation from their earlier ‘detached’ status from the bedrooms and the main part of the house and are now treated more as a room, its time that we start making our kitchens a more comfortable place to work in. A .75 or a .5 ton AC (doesn’t cost much nowadays) for summers, a small heat convector for winters, a geyser for warm water and a cooking range with an oven are a must for anyone wanting to take charge of the kitchen, without cribbing about it.

Before you scorn or smirk and call me a “cook in luxury”, these things would be, if not already, the basic necessities for all middle and upper middle class household’s kitchen in days to come. Mark my words, with ‘chottus’ and ‘kaam wali bais’ becoming scarce and expensive by the day, it isn’t farfetched when the Indian male would have to shun his macho inhibitions and wear an apron to share the kitchen’s burden. The key to a happy married life could well be lying in the kitchen soon enough, just like the West where the daily chores are divided among the family. 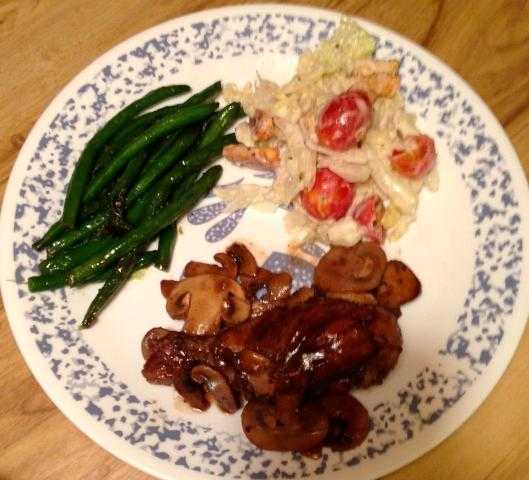 Anyways, now coming to the other questions – the vegetarian dish. As a young kid, I never liked Green Beans & this problem seems to be genetic one, as my kids also don’t relish them. As far as I can recall, beans were always made with potatoes in our house and that was the case in most other households.

At a buffet at Mandarin Restaurant here – a fabulous place to stuff your self with over a 100 Chinese and Western dishes – I always used to see people take a lot off green beans with their meats. Though I have been visiting this place regularly for several years now, it was only recently that I gave in and tried them. The Grean Beans Stir Fry was just great taste in taste.

So last evening, after going through several recipes on the web, I chose the simplest one and it tasted great. What more, it took me less than 20 minutes to cook it.

Green Beans (As much as you desire to eat)

Garlic Salt (To taste. Its available here in the grocery shop but you can use chopped Garlic in case you don’t get it back home).

Onion Salt (To taste. Again use chopped onions in case u don’t get their dehydrated version)

Black Pepper and salt to taste

Wash & cut off the bean ends.

Heat olive oil in a pan – preferably a steel or an iron one as the bottom scrapings add to the taste.

Put in the beans, garlic salt, onion salt, black pepper and salt and sauté for a few minutes and cover with a lid.

Cook till the beans get the black stains (not burnt) and are crunchy but cooked. (Don’t hesitate to take a few out and taste a couple to ensure the right crunchiness.

I had this side dish with some pre-cooked chicken nuggets. Both tasted great. This side dish can be relished with anything, even the 2 minute Maggie noodles. Try it out. And if you have kids and worry they don’t have enough greens while gorging on Maggie, this might be an answer to your concerns.

(Raveen Thukral is a veteran journalist and foodie. His forte has been writing on crime and he has been at the helm of major news/media companies in India).