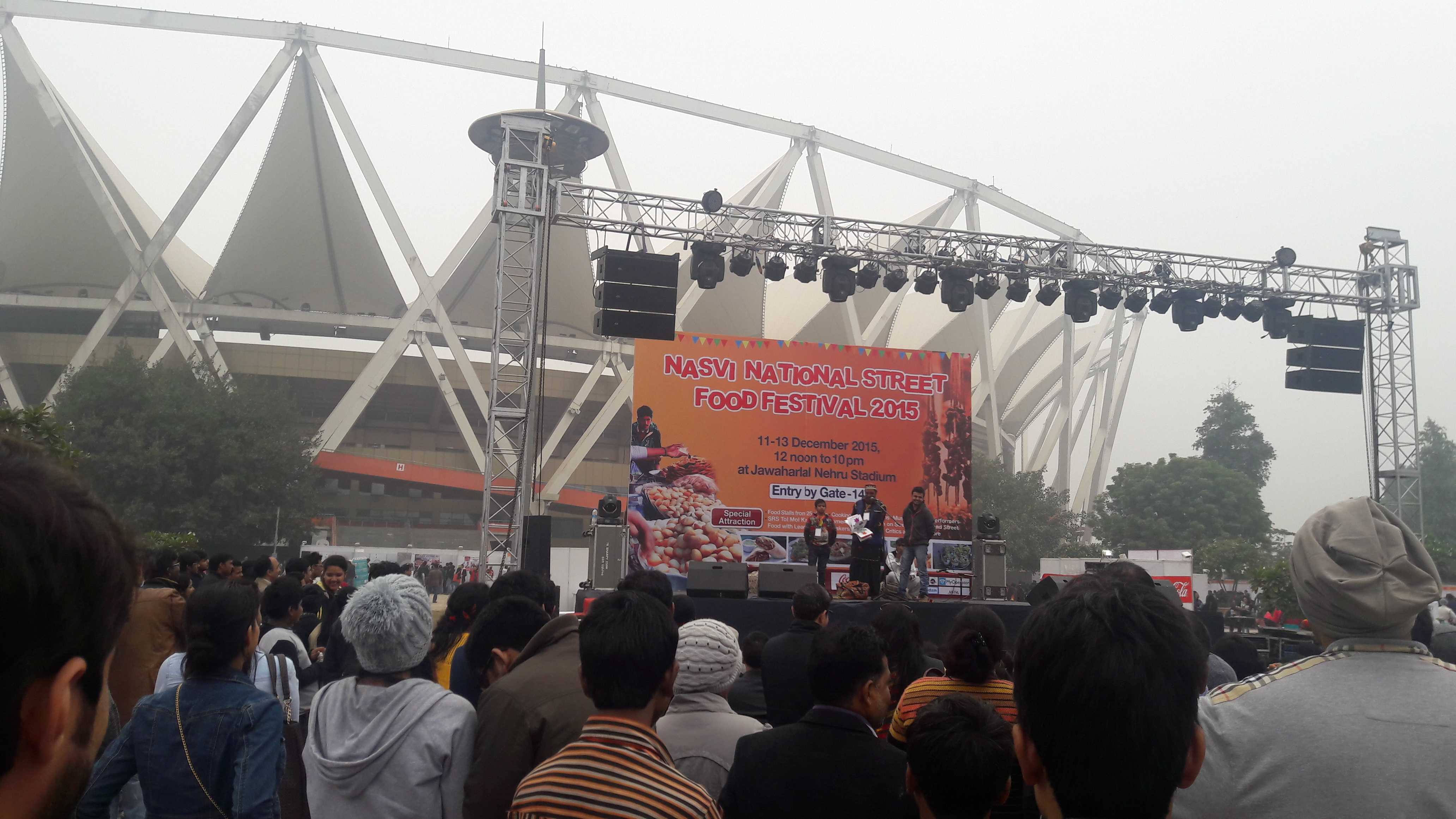 ‘Come one come all, savour the special spicy chaat at my stall’ – one gets to hear this innumerable times while passing by on a busy street or via vendors roaming around on foot with their shacks on their heads. Our very own streets serve as a significant mode of livelihood for majority of India’s population. It is a fact that many of the well known restaurants started off as makeshift stalls at crowded lanes. All the lip smacking bites we savor at the beach or on the roadsides are the magical creations of these street vendors. It is also true that some of the small startups still remain at the same spot with their shacks, satisfying the customer’s tastebuds, maintaining their quality food for years together. 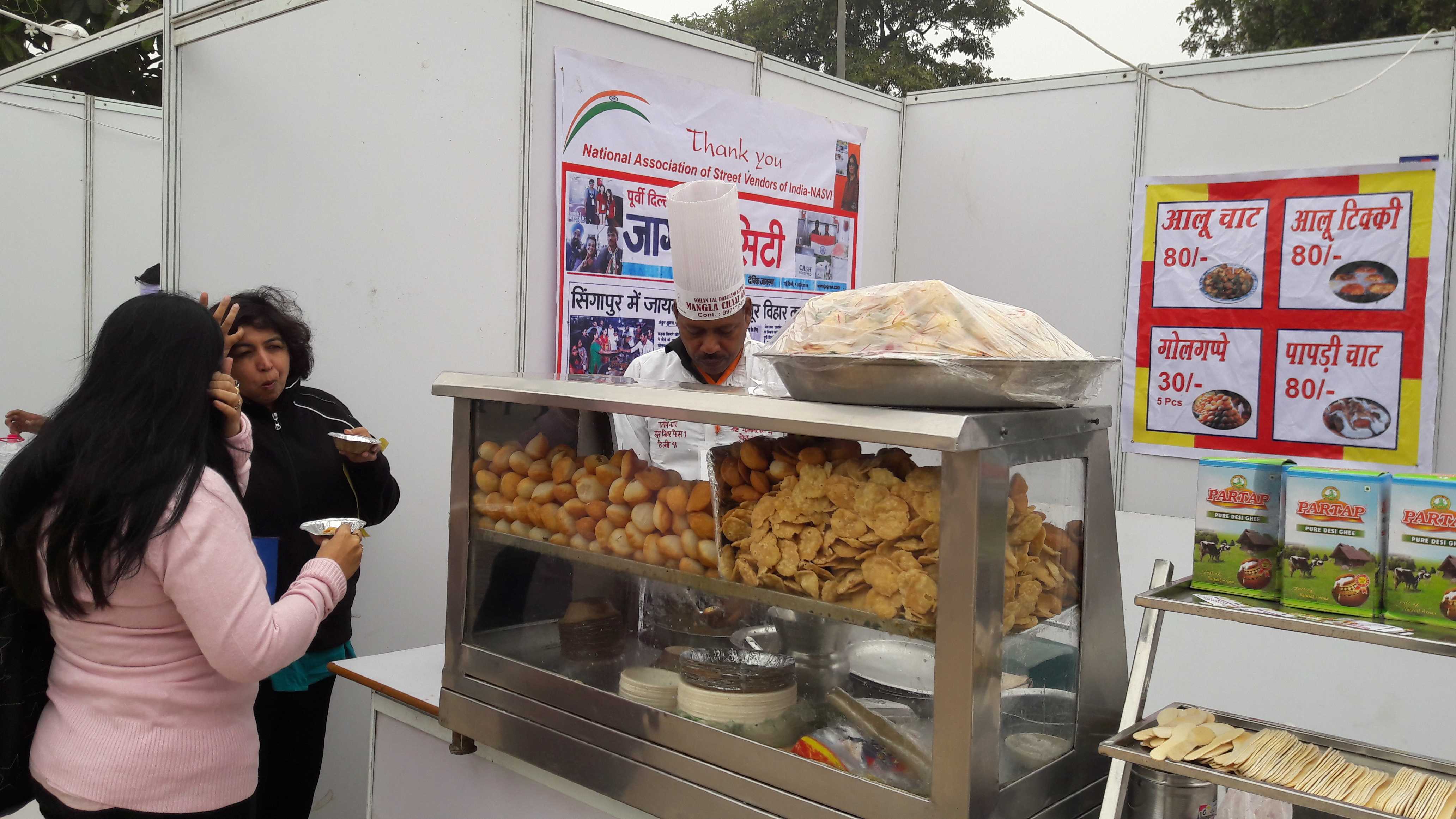 The National Association of Street Vendors in India (NASVI) took the initiative of providing them with the recognition they deserve. The National Street Food Festival at the JLN Stadium is an attempt in this direction. The three day event from 11th to 13th December is held annually, emerging as a platform for representation of the street vendors community. Our visit to the event on the second day enlightened us about a variety of experiences and situations faced by street vendors. Talking to Rahul, the stall supervisor of Mangla Chaat Bhandar, he told us, “We’ve been a part of this festival for 5 years now. The response of Delhites is the greatest source of motivation for us”. His uncle owns ‘Mangla Chaat Wale’ at Mayur Vihar and this stall was a representation of the chaat franchise. “Apart from this yearly celebration, we had the golden opportunity of visiting Singapore through NASVI. It was an amazing experience. The overwhelming response has kept our spirits high.” said Rahul. 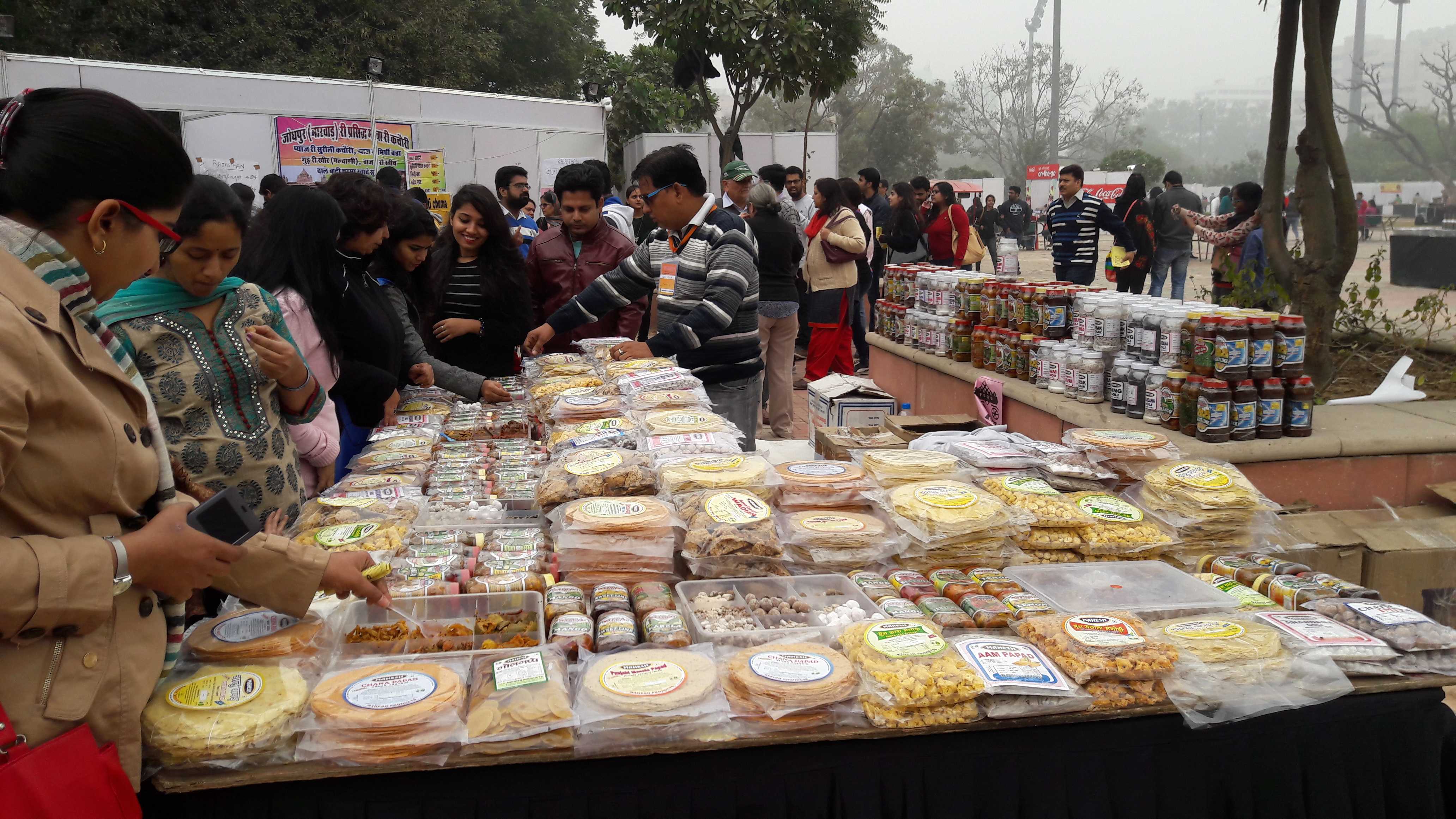 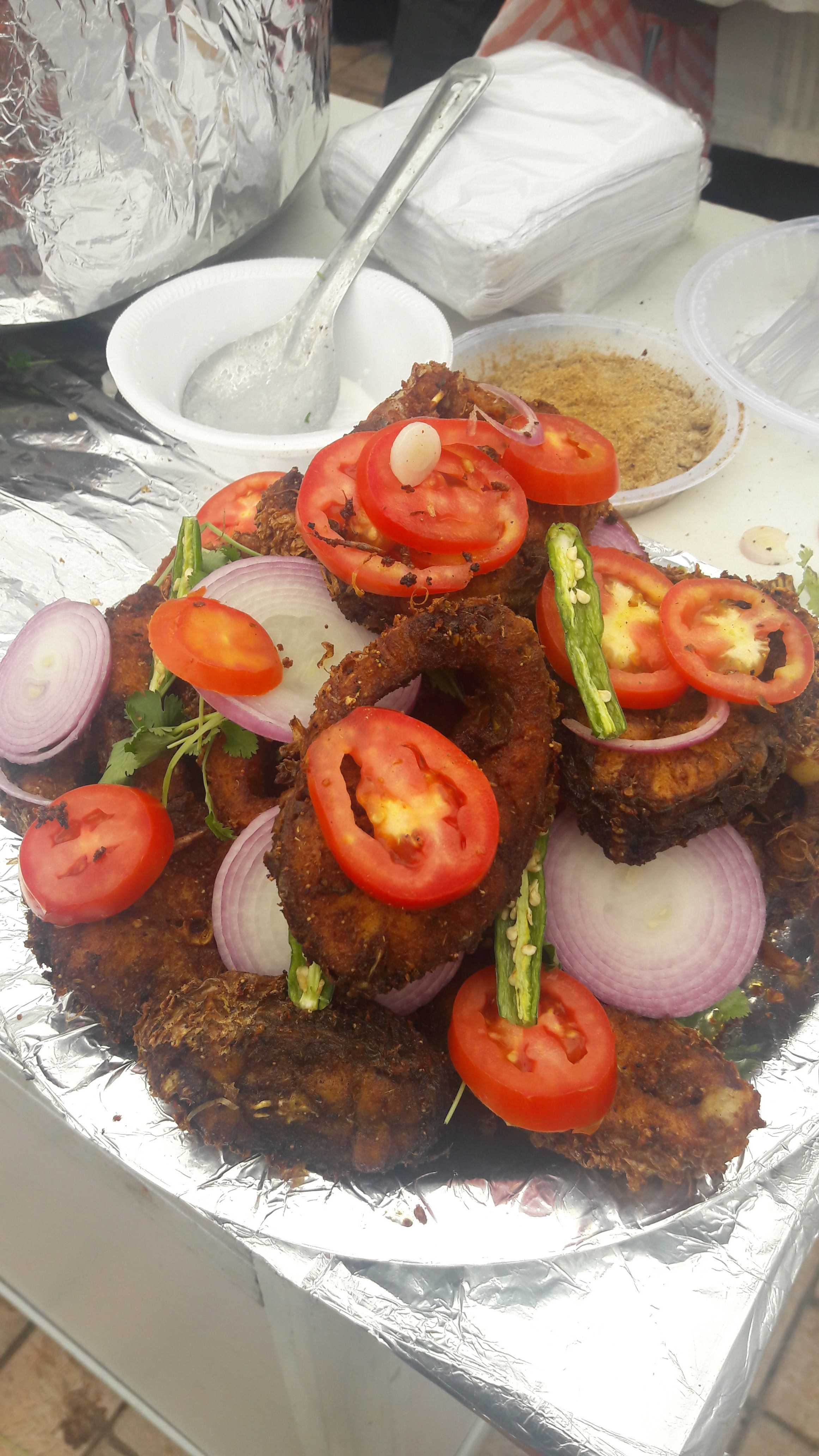 There were more than 25 states with multiple stalls serving their specialties. Be it the bhelpuri and vada pav from Maharashtra or daal baati choorma and paneer cheela from Rajasthan, all found place in this humongous stadium. While food items like chicken and fish pakora were common among many stalls, few offered the guests special and innovative dishes which we do not get easily in Delhi.

In these terms, Assam’s stall was one of a kind. The stall, set up by an old couple who are street vendors in Guwahati, served salty Pani-Petha and sweet Ketli-Petha - dishes unique to their region. Though we had missed the chance of meeting Masterchef Sanjeev Kapoor, who visited the festival on the first day, standup comedy and magic shows were the main attractions on the next day with applauds echoing amongst the gathering. 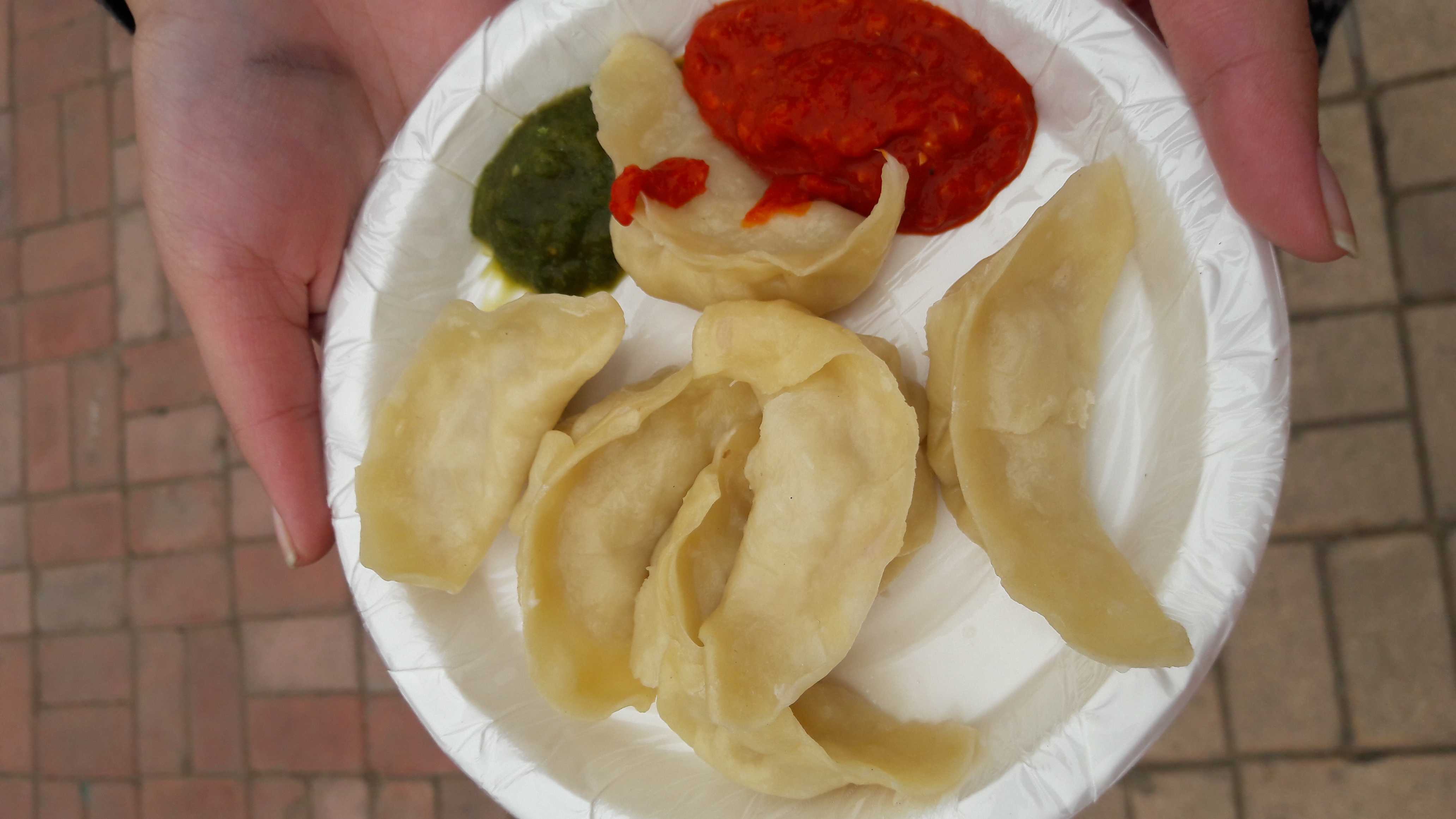 Hyderabadi haleem, originally an Iranian dish made with chicken and spices and served during Ramzan, did not appeal to us much. Moreover, Telangana formerly a part of Andhra Pradesh, which recently got recognized as a separate state, shared the space with other states. On being questioned about their first such experience, the head cook affirmed, “it’s a pleasure and an honour for us to be here. The visitor turn out has been huge and people loved all that we offered, mirchi bhaji was the most popular”. The festival not only saw blending and inter-mixing of cultures, but also raised an important issue pertaining to the employment problems of the hawkers. Mr. Narayan Sawant, consultant for self help groups (SHGs) and the supervisor of Goa stall threw light on the matter. He informed us that the females working at the stall were facing a financial crunch in their families; they were organized into SHGs serving delicious sea food at small shacks on the beaches of Goa and today they are financially independent women, providing their children with the best of education and other amenities. We were really impressed on hearing the account of such hard working women. 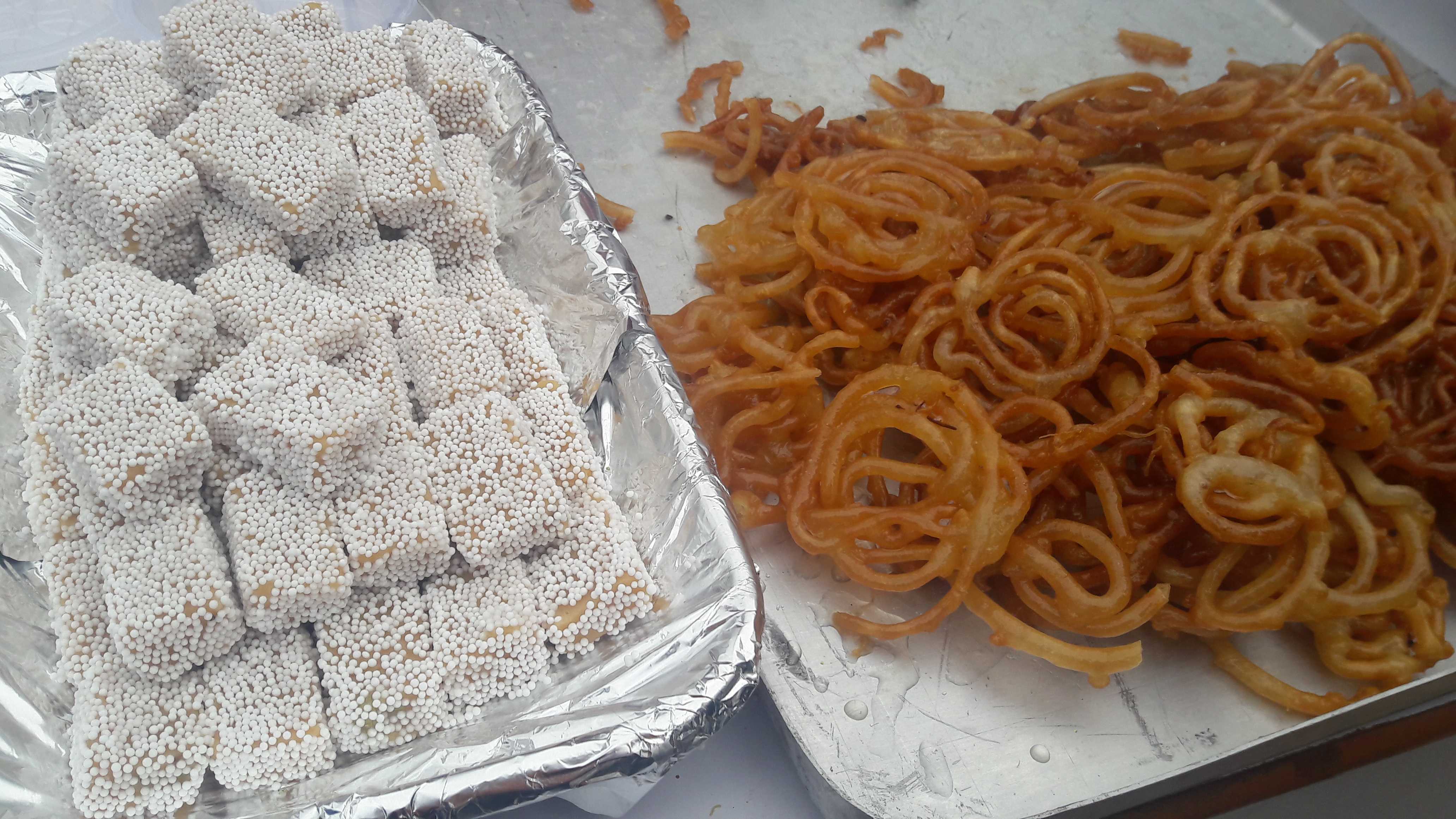 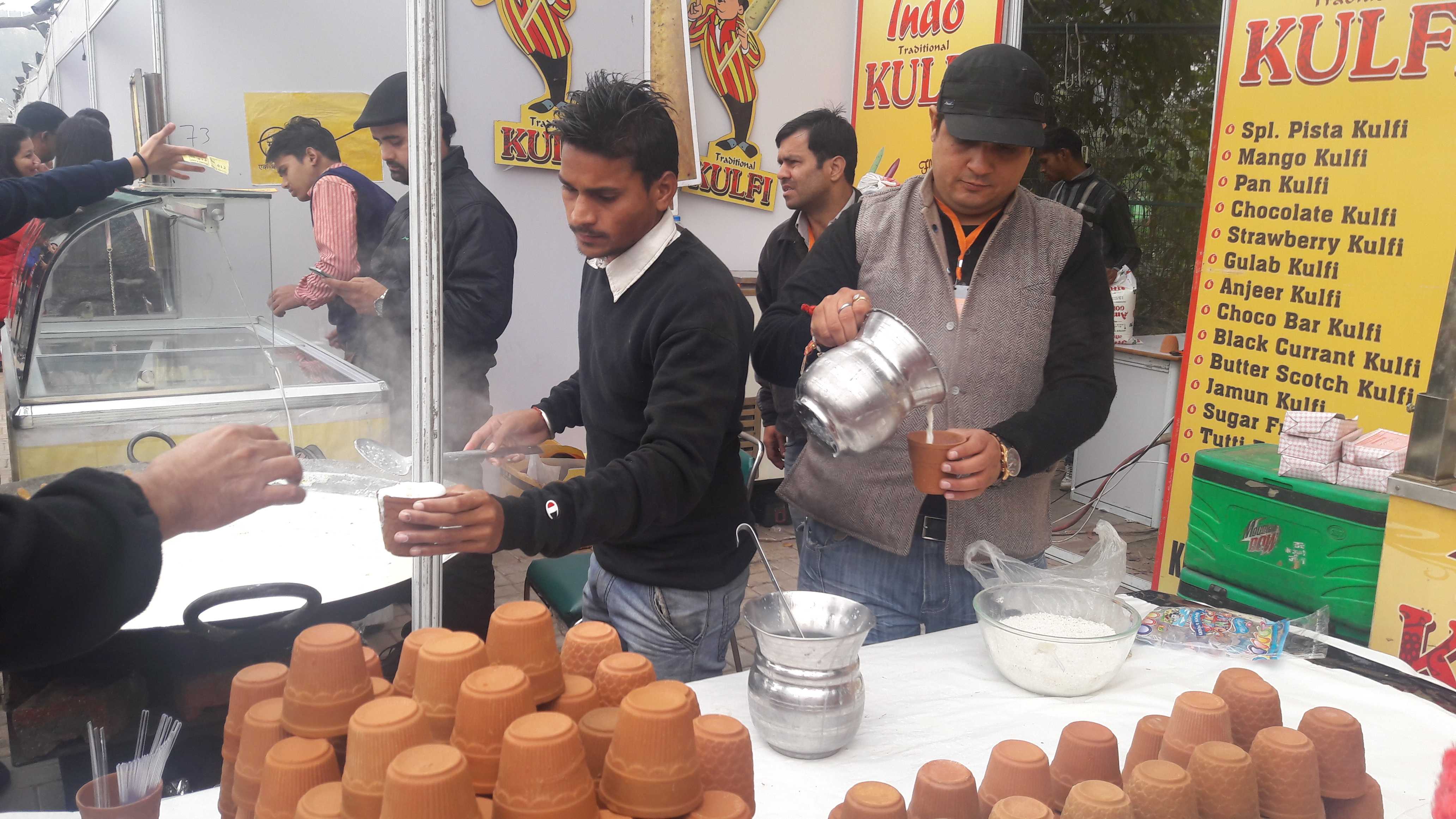 After gaining an insight into the world of street vendors, we gorged on some sweet and sour Jodhpuri Dabeli, and Patna’s Chicken Litti which is worth mentioning for its delectable taste. Banarasi paan and badam milk gave a perfect completeness to our gastronomical delight. The endless assortment and diversity, the misty cold weather, the smiling faces of the enthusiastic visitors and the exuberant energy of the street vendors added to the appetizing experience at the food festival. 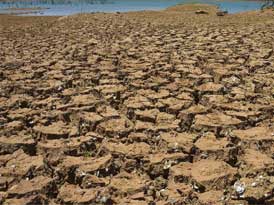 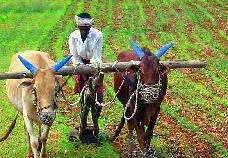 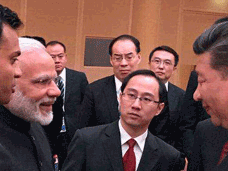