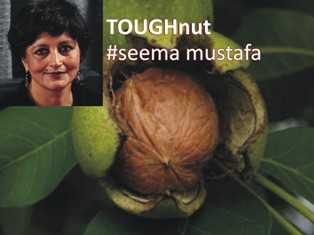 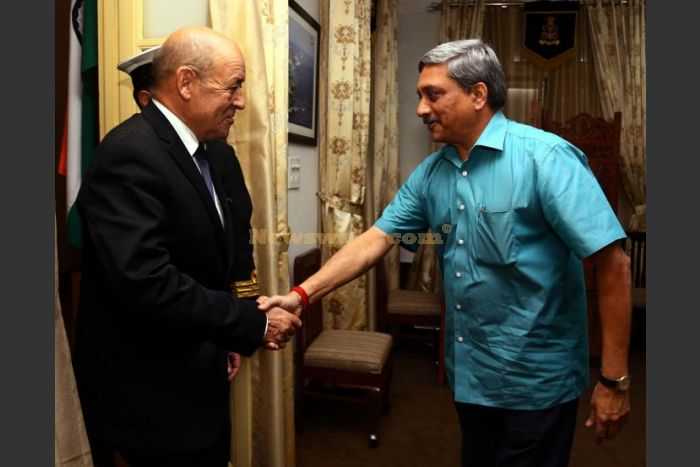 Prime Minister Narendra Modi during his visit to France early April made the grand gesture, waving off the tedious negotiations between India and France on the 126 Rafale jet fighter deal and announcing the purchase of 36 fighters in ‘ready to fly’ condition by his government. But since then the deal has gone under covers, with Defence Minister Manohar Parrikar making a valiant but totally garbled effort to answer questions. The problem is that his answers change with every passing day, leading to immense confusion about the deal. 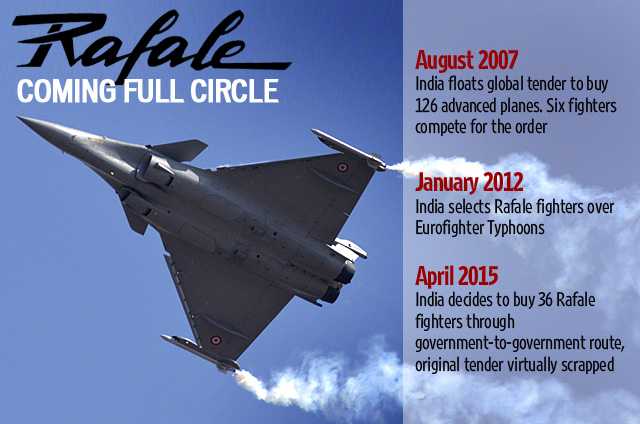 The French were ecstatic with PM Modi’s seemingly magnanimous gesture, but beyond that there was little by way of information about the new deal. The Citizen had run a series of three reports on the deal, raising questions for answers that still remain elusive.

Reports filtering through the corridors of power suggested at the time that Parrikar himself was not prepared for the Prime Minister’s announcement, and had been caught off guard. More so as before the visit he had told reporters outside Parliament that the contractual terms in the Request for Information and the pricing, on which the two sides were stuck, were “non-negotiable.” And that a final decision would be taken after the contract negotiation committee submitted its report in April.

Parrikar, in fact, through dizzying variations has confused himself as well as all those reading his interviews in the newspapers, or listening to him on television. It is clear from his responses that he has little idea about the Rafale deal, and despite being the Minister in charge, cannot even answer basic questions on pricing, negotiations, and whether this is a one off deal or not with any level of clarity.

Till several days after the visit and the ‘new’ deal, the Minister’s responses remained highly inadequate. Parrikar spent more time in evading questions than answering these initially. An example:

“That is the only solution. In fact, only [Prime Minister Narendra] Modi could have taken this kind of decision. [When it comes to] Prime Ministers in the past many years, probably Atalji [Bihari Vajpayee] showed some decision-making ability. However, I would like to add that the decision is not complete. The decision is only to acquire 36 [aircraft] at better terms. I was watching the Congress press conference, I was surprised they are not aware of exactly what had happened. They probably didn’t even take the required trouble of getting more information. Actually, [Congress leader and former Defence Ministry A.K.] Antony should have got it because he knows so many in the Defence Ministry. The decision is a joint statement at this moment. The rest is being discussed.”

A month after the visit the clarity still seems to be missing. In an interview to the Economic Times on May 11, the Minister said in what was perhaps his most elaborate response to the Rafale deal till date: “On the Rafale deal, for example, we are ordering just 36. If we had ordered 126, it would have been 3.75 times the cost. Yes, there are money issues but spending more effectively is more important.”

And again, “The basic message is that the Rafale deal has been restricted in number. By doing this, we will free about Rs 60,000-65,000 crore - money which will be used for Make in India. Even in the Rafale deal, we will have 50% offsets. So this will take care of partial Make in India. But more than that, we now have money released for activities that can be carried out in improving and speeding up the LCA (Light Combat Aircraft). We can have 10-12 squadrons as MiG 21 replacements.”

He was categorical and almost triumphant as he told the media that, “By buying 36 Rafale fighters at a price less than (what was quoted in response to) the earlier tender for 126 aircraft, I have saved the cost of 90 Rafales. We will use that money to buy Tejas LCAs”. This seemed to be the first confirmation of what was being discussed in military circles that the original contract for 126 fighters had been reduced to the final 36.

But not so for within a day the Minister seemed to have had yet another change of heart, or mind. And instead of following up on the remarks he retracted with a tightlipped, “"I'm not saying we will buy more Rafale; I'm not saying we will not buy more.”And that is where the matter rests for the moment, leaving all the questions about the very basics of the deal unanswered.

More recently the Minister announced that a”committee headed by Air Marshal S.B.P. Sinha is all set to begin government-to-government negotiations with France for procurement of Rafale fighter jets for the Indian Air Force, and the multi-billion dollar deal will be finalised as early as possible.” A French delegation has arrived in New Delhi, he said, to begin the negotiations.

This was on May 17. On May 26 ,instead of giving some idea of the pricing - whether it is indeed going to be 35 per cent cheaper---;whether it is a stand alone deal with the French as that is to be decided by the government and not the Indian military or the French authorities; whether the remaining fighters be manufactured by the Indian private sector in collaboration with the French Parrikar said in a rather garbled response, “I will not talk about it until all talks are complete. Then we will come very clear, transparently. You don’t discuss issues when they are under negotiation and consideration. It will be foolish. It’s just like you don’t discuss publicly what is in the court if you a party. Third person can always do it. I can’t do it because I am a party to it, my ministry is a party to it. Let them have the talks, let them come out with some conclusion… It can assure you it will be so transparent you will not have to ask again.”

Six weeks later the transparency remains elusive. Clearly the ‘gesture’ was made without much thought and preparation going into it, with the body being made to fit the shirt rather than the other way around. For if that is not the case, then why is the Defence Minister so confused?