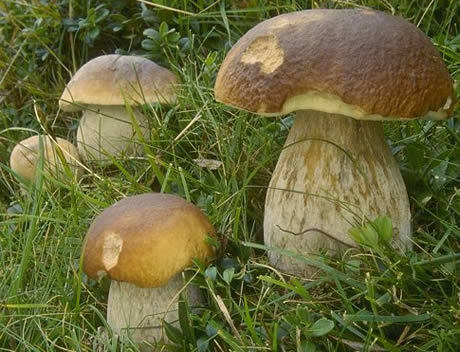 RESTAURANT: It is a commercial establishment committed to the sale of food and beverage. It may be a licensed part of a hotel operation, whereby its sales contribute to the sales performance of the hotel as a whole. Restaurants may also be independent business entities under individual ownership and management.

TYPES OF RESTAURANT: COFFEE SHOP: The concept originated in United States, marked by its quick service. Food is pre-plated and the atmosphere is informal. The table cover layout provides basic essentials only.

CONTINENTAL RESTAURANT: Especially meant for people who can eat at leisure. The atmosphere is more sophisticated and the accent is on good continental food with elaborate service.

SPECIALTY RESTAURANT: Restaurants that specializes in Chinese, Japanese, Indian, Polynesian cuisine etc. would be termed as a specialty restaurant. The service is based more or less on the style of their home country.

GRILL ROOM (ROTISSERIE): Usually, a grill room has a between the restaurant and the kitchen, allowing the guests to choose his meat cut and see the actual preparation.

DINING ROOM: It is basically meant for the residents of a hotel but may also be open for non-residents. Usually found in smaller hotels, motels etc. that find it extravagant to have more than one eating place.

DISCOTHEQUE: A restaurant principally meant for dancing to recorded music played by a DJ (Disco Jockey). It has a bar and the food offered consists mainly of snacks.

NIGHT CLUB: It is generally opened at night for dinner, dance and cabarets. The decor is opulent and the service elaborate. Most establishments insist on wearing formals in order to enhance the atmosphere.

SNACK BAR/ CAFE/ MILK BAR: The restaurant is informal and the service quick. It may have a counter for self-service and specializes in snacks, soda, fountain specialties, ice-creams etc. The decor is relatively simple.

KITCHEN: A place where food is prepared. The main sections in a large kitchen are: BUTCHER SHOP: Place where raw meats are cut from wholesale cuts and carcasses into smaller portions of given weight so that they can be readily cooked.

GARDE MANGER: The section where cold dishes such as hors deoeuvres, cold meat platters, salads, galantines, pates are made.

HOT RANGE: The main cooking range where all hot dishes are prepared.

STILL ROOM: Tea and coffee are brewed here. A still is a chamber in which water is continuously boiling. For tea service a waiter may fill the teapot with tealeaves according to portions required and fill the pot with boiling water from the still. Same kind of service applies to coffee.

HOUSEKEEPING: It is responsible for cleanliness, maintenance and the aesthetic standards of a hotel.

CASHIER (from the Accounts Department): The cashier receives all cash and credit payments made for food and beverage sales in a restaurant or bar.

ENGINEERING: This department is responsible for the supply of air conditioning or heating, lighting, mechanical and electrical functioning of any service equipment in the restaurant.

FRONT OFFICE: It keeps a record of all guests residing in the hotel. This is the central point where all cheques or bills of hotel residents are collected then recorded in their overall bill.

STORES: The source from which a waiter gets supplies of proprietary sauces, order-pads, pencils, bottle-openers or any other supplies.

ANTIOXIDANTS: Retard the oxidation of unsaturated fats and oils, colorings, and flavorings. Oxidation leads to rancidity, flavor changes, and loss of color. Most of those effects are caused by reaction of oxygen in the air with fats.

CARCINOGEN: Is a chemical or other agent that causes cancer in animals or humans.

CHELATING AGENTS:  Trap trace amounts of metal atoms that would otherwise cause food to discolor or go rancid.

FLAVOR ENHANCERS: Have little or no flavor of their own, but accentuate the natural flavor of foods. They are often used when very little of a natural ingredient is present.

THICKENING AGENTS: Are natural or chemically modified carbohydrates that absorb some of the water that is present in food, thereby making the food thicker. Thickening agents "stabilize" factory-made foods by keeping the complex mixtures of oils, water, acids, and solids well mixed.

CANCER TESTING: Chemicals usually are tested for an ability to cause cancer by feeding large dosages to small numbers of rats and mice. Large dosages are used to compensate for the small number of animals that can be used (a few hundred is considered a big study, though it is tiny compared to the U.S. population of 270 million). Also, the large dosages can compensate for the possibility that rodents may be less sensitive than people to a particular chemical (as happened with thalidomide).

Some people claim that such tests are improper and that large amounts of any chemical would cause cancer. That is not true. Huge amounts of most chemicals do not cause cancer. When a large dosage causes cancer, most scientists believe that a smaller amount would also cause cancer, but less frequently. It would be nice if lower, more realistic dosages could be used, but a test using low dosages and a small number of animals would be extraordinarily insensitive. It would also be nice if test-tube tests not using any animals were developed that could cheaply and accurately identify cancer-causing chemicals. While some progress has been made in that direction, those tests have not proven reliable.

Thus, the standard high-dosage cancer test on small numbers of animals is currently the only practical, reasonably reliable way to identify food additives (and other chemicals) that might cause cancer. The Delaney Clause is an important part of the federal Food, Drug, and Cosmetic Act. That important consumer-protection clause specifically bans any additive that "is found to induce cancer when ingested by man or animal." The food and chemical industries are seeking to weaken or repeal that law. 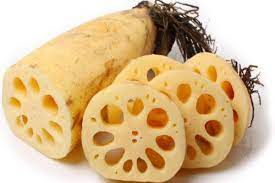