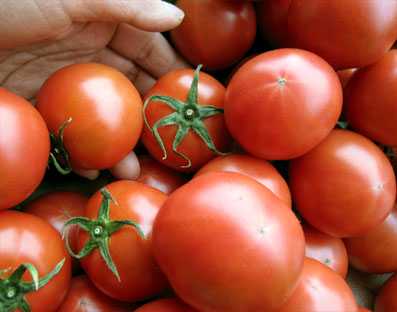 If you are a tomato ketchup freak, keep lickin' it up. If you like tomato juice carry on gulping. Tomatoes harbor one of the world's most powerful antioxidants called the lycopene, a substance which has the power to fight cancer and help ward off heart disease.

Since the discovery of lycopene, a group of scientists in Israel have used conventional cross-breeding method to develop a strain of tomatoes that contain upto five times the lycopene contained in regular tomatoes.

Even more amazing is the way they have developed a way to extract the lycopene from these tomatoes and create an all-natural supplement called Lyc-O-Mato® marketed worldwide (in India as LycoRed®) that enjoys US process patent and US FDA GRAS status. That is good news, if you are not getting an adequate amount of lycopene from your diet. The variability of lycopene content in tomatoes is quite high. The level varies from species to species and there are seasonal differences. Generally, the redder tomatoes are higher in lycopene, a carotenoid in the same family as beta-carotene. But lycopene is not just a colorant. 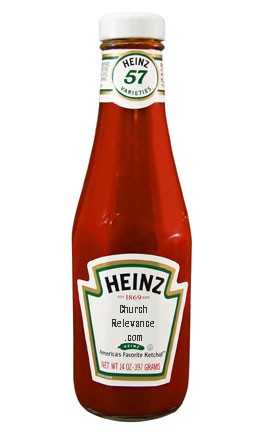 Lycopene is a powerful antioxidant that has shown remarkable fighting power against degenerative diseases. An antioxidant is a substance that quenches free oxygen radicals generated in the body under conditions of stress and/or disease. Vitamin E had long been used as an antioxidant; however, the discovery of lycopene has made it take a backseat, as the free radical quenching capability of lycopene was found to be 100 times more than that of Vitamin E.

When compared to its cousin, beta-carotene, lycopene was been found to be 2.2 times more potent in quenching free radicals. Several recent studies have found that a diet rich in tomatoes and tomato products is strongly linked to a reduced risk of cancers. In a six-year study of 48,000 male health professionals, Dr E Giovannucci and colleagues at Harvard Medical School found that consuming tomatoes and tomato products more than twice a week was associated with 34% reduced risk of prostate cancer.

Other researchers, Dr Omer Kucuk and colleagues at Karmanos Cancer Institute in Detroit, Michigan, evaluated the effect of encapsulated lycopene (Lyc-O-Mato®) on patients with existing prostate cancer. They found that lycopene not only treats, but also regresses prostate cancer. More recently in Sept. 2003 issue of British Journal of Urology International, Dr NP Gupta, Urology Head, AIIMS, New Delhi, and colleagues, reported that adding lycopene (LycoRed®) to the treatment of prostate cancer produced remarkable results. It not only shrinks the primary tumors, but also diminishes the secondary tumors, providing better relief from bone pain and lower UTI symptoms, and improving survival compared to cancer treatment alone. These major studies in the area of prostate cancer can have a major impact on the treatment of prostate cancer.

Major textbooks of cancer classify lycopene as a chemopreventive micronutrient. Besides prostate cancer, lycopene has been reported to reduce the risk of various other cancers like oral, brain, breast, mouth, lung, colon, skin. Lycopene (LycoRed®) has also been established for the treatment of idiopathic male infertility.

Studies conducted at two of New Delhi's leading premier medical institutes and one of Jaipur's leading infertility centers report LycoRed® supplementation not only leads to an increase in sperm parameters, like sperm count and motility, but also pregnancy rate of upto 44% in these infertile couples. Another major LycoRed® study, conducted at New Delhi's Maulana Azad Medical College, has shown that lycopene supplementation during pregnancy reduces the chances of Pregnancy Induced Hypertension and IUGR (low birth weight babies) by as much as 50%. The study has received many accolades, one of these being the Prize Paper of the Year Award by the FIGO journal Int J Gyn Obst in 2003.

Apart from cancer, lycopene also defends the body against other lethal diseases like arteriosclerosis. Dr M Aviram of Rambam Medical Centre, Israel and Dr AV Rao, University of Toronto were the pioneers to demonstrate the cardioprotective properties of lycopene. Thereafter, many major studies like the EURAMIC, Rotterdam and Kuopio have established the mechanism of action of lycopene against cardiovascular disease manifestation. Yet another hallmark was the study linking the levels of lycopene to functional capacity in the elderly. In this study conducted at University of Kentucky, USA, it was found that there was a strong negative association between lycopene levels and functional capacity of elderly (i.e. dependence in self-care).

Based on these studies one can conclude that lycopene could go a long way in improving the mental as well as physical abilities in the elderly. There is a growing evidence that natural lycopene taken orally can help reduce damaging effects of the sun. Skin research is being carried out at Boston University School, at Israel and at Dusseldorf, Germany. Lycopene is finding its way into more and more areas for a healthy living, with evidence of its benefit emerging in bone health, eye disorders and lung function.

Health benefits of lycopene, the star molecule with immense power, were even further established when, for the first time, an international conference was held at Washington DC on April 1-2, 2003, to examine the latest scientific findings on the potential health benefits of lycopene from tomatoes. Various researchers from Australia, Canada, India, Italy, Israel, Switzerland, UK and USA gathered to discuss new studies on lycopene in relation to male infertility, lung function, osteoporosis, eye disease and cancers. The conference was closed by noting that this is one of the most exciting eras in nutrition science. At the turn of the 20th century, scientists discovered essential vitamins and minerals in certain foods that prevented deficiency diseases. Now, at the turn of the 21st century, other novel nutrients, such as lycopene are being examined for health benefits that are linked to chronic diseases.

Communicating the health benefits to consumers and health professionals must be done responsibly by everyone including the media, industry, academia, and government. A nutraceutical is isolated or purified from food that is generally sold in medicinal forms not usually associated with food. A nutraceutical is demonstrated to have a physiological benefit or provide protection against chronic disease. Lycopene is the nutraceutical that is finding the fastest growing market in the world today. Nutraceuticals are the new mantra for good health in today's fast-paced lifestyle; this is also being endorsed by leading doctors and hospitals, not only in India but globally.

KARMICvoyage by Alka Tyagi - In A Silent Way