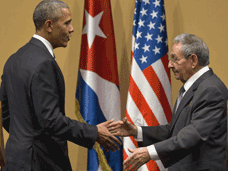 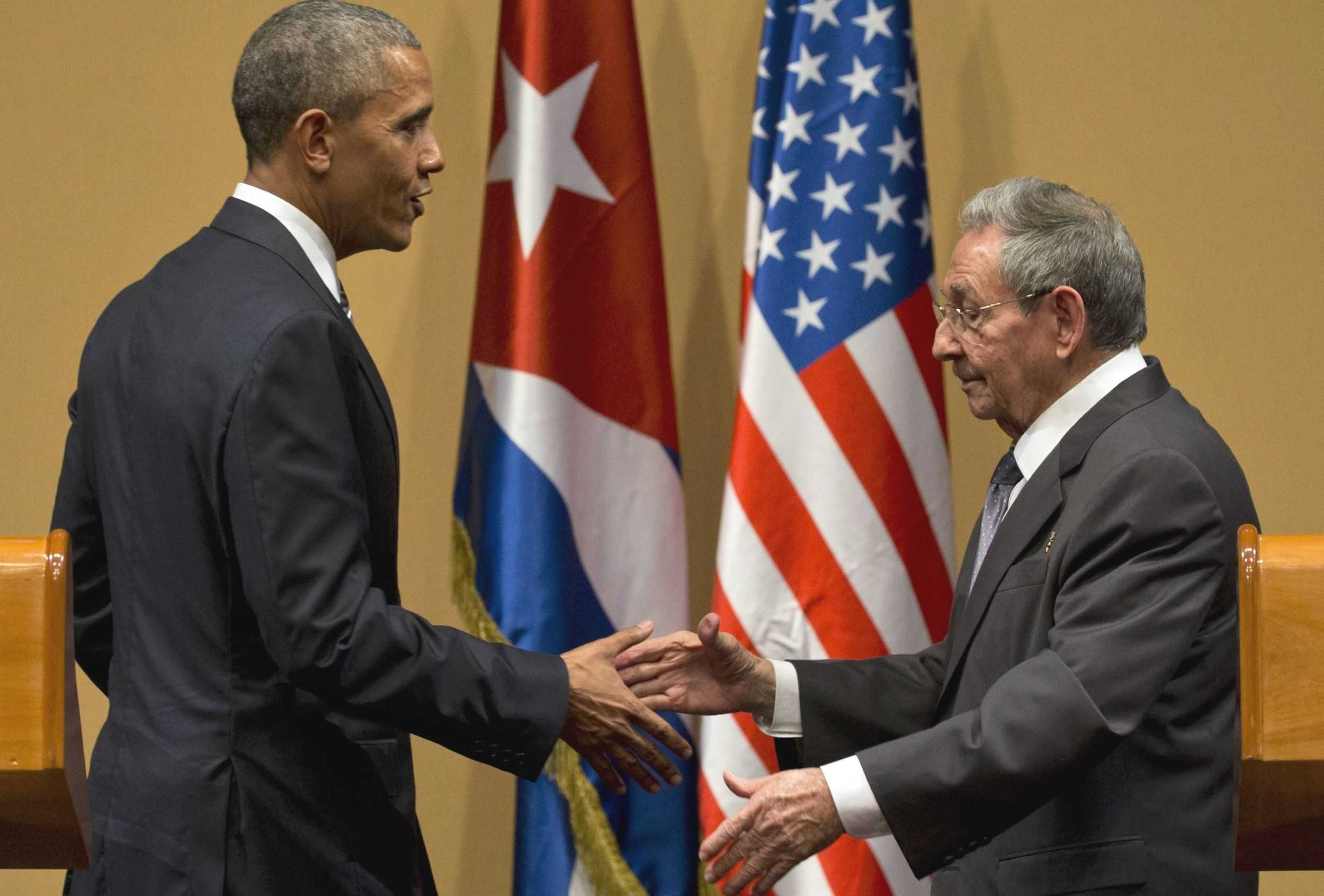 President Trump is living up to his reputation of being unpredictable. Last week, speaking at Miami, the de facto capital of Cuban Americans, he announced his highly controversial decision of reversing US-Cuba policy started by the Obama Administration in 2004. Though it does not completely reverse the policy but it surely aims to make harder the travel and trade with the island nation

Cuba is the only communist country outside Asia, the last bastion of erstwhile USSR in western hemisphere right near the mainland US. The enmity and distrust between the two countries has its origin in cold war era. It all started in 1959 when Fidel Castro had overthrown the US backed regime of Fulgenico Batista in Havana and established a socialist state aligned with Soviet Union. Inspite of Castro’s communist ideology, the US recognized his government.

However, Fidel Castro nationalized America owned properties, increased taxes on US imports and started increasing trade with Soviet Union that it considered its ideological mentor.  The Americans also responded by reducing sugar import from Cuba which is rightly called the sugar bowl of the world. It also imposed a ban on all exports to it.

President Kennedy further expanded the domain of restrictions to travel, turning it into a full embargo against Cuba. The US also tried a failed attempt to topple the government by covert means (Bay of pigs incident).This further fuelled Cuban nationalism and Soviet Union got a chance to discreetly install nuclear missiles  in Cuba against the US.

In October 1962, US surveillance aircraft detected these installations which started a 13 day showdown between Kennedy and Nikita Khrushchev taking the world almost to the brink of nuclear war. This episode in modern history is known as “Cuban missile crisis”. The Russians finally agreed to withdraw the missiles after getting a pledge from the Americans not to invade Cuba. It would be interesting to mention here that during these tense 13 days when the big powers were fully drenched in this crises, China chose to attack India denying her any outside help or mediation. 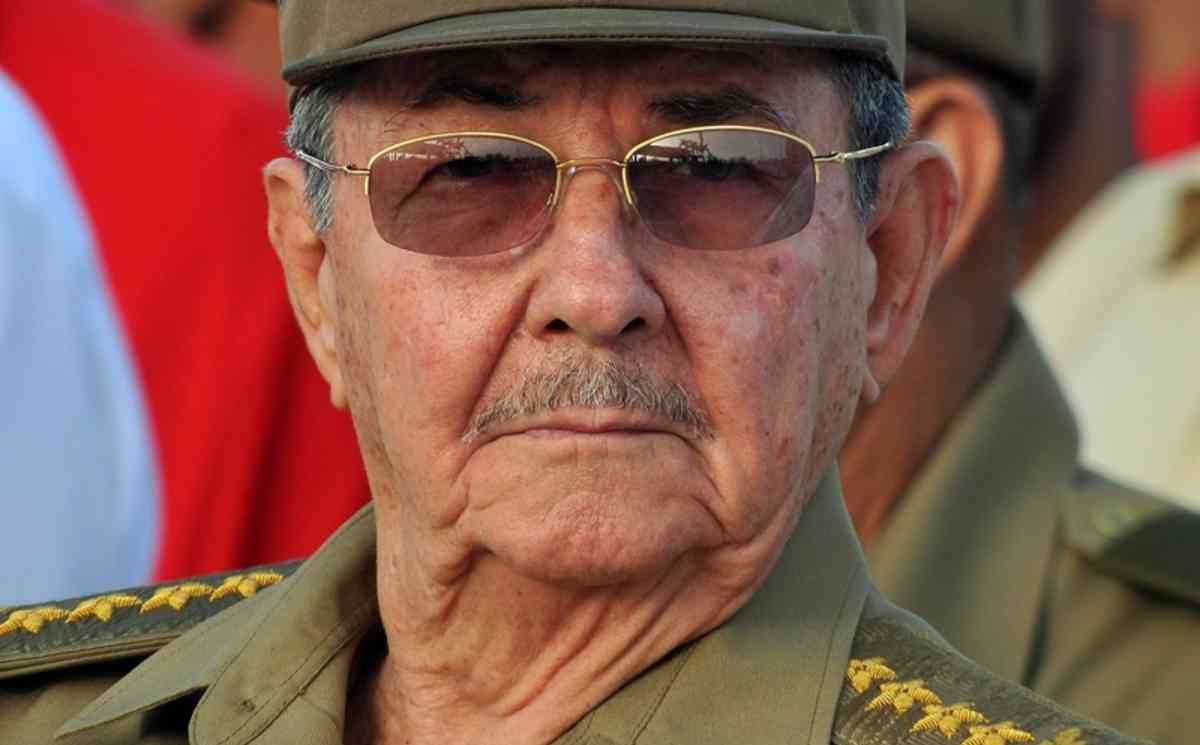 Successive US governments tried to isolate Cuba economically, politically and diplomatically using every possible overt and covert means, in a hope to force a democratically elected government there sans Fidel Castro .Since Soviet Union was standing like a rock behind Cuba, it survived all the tricks of US. By now Fidel Castro had assumed an iconic status throughout the world as a symbol of defiance, resistance and rebellion against the mighty America. He was considered a close friend of India and former Indian PM Indira Gandhi shared an excellent personal chemistry with him. When Fidel Castro died in 2016, the Indian social media was full of his stories showing that there is no dearth of his fans in India also.

During 2008 US elections, the presidential candidate Obama expressed his desire to turn a new leaf in US-Cuba relations. He promised to meet Raul Castro, who had recently replaced his ailing brother Fidel Castro in Havana .After taking office Obama eased restrictions on remittances and on travel to Cuba. Meanwhile, the new Cuban leadership also showed the willingness for reforms. Due to heavy foreign debt, global economic crisis and dried up Russian financial aid, Raul started to liberalize parts of state controlled economy. He further decentralized the agriculture sector, encouraged access to consumer goods and relaxed restrictions on small businesses. This had a huge positive impact on Cuba’s private sector.

Obama and Raul surprised the world in 2014, announcing that their governments would restore full diplomatic ties. The thaw continued between the two countries Obama removed Cuba from the list of terrorism sponsoring countries which was a major irritant for Cuba. In early 2016, Obama visited Havana, a first by an American President in last about 90 years. With embassies of two countries in place, US airlines also started their operations between the two countries.

American President Obama also repealed the “wet foot, dry foot” policy where unauthorized Cubans reaching the US shores were allowed to live there permanently. Now such Cubans are be treated at par with other undocumented immigrants of the world. Cuba also welcomed it and agreed to take back all Cubans removed by US in future. There was a strong desire of normal relations between people of both countries. There was also a consensus among the both political parties in US to improve the record of human rights in Cuba along with its other reforms. With the death of Fidel Castro in 2016 and Raul Castro expressing his desire to leave the office in 2018, things were moving in smooth ways till the famous announcement of policy reversal on Cuba by President Donald Trump causing a storm in the cup.

This regressive step by President Trump has few takers, which aims to cut off income to the military intelligence and oppressive regime in Havana. The new policy clearly prevents US companies from doing business with Cuba’s Armed Forces Business Enterprises (G.A.E.S.A) which is involved in almost every sector of the economy, especially in hotels and other tourism related fields. The business lobby of US is calling this decision a betrayal of ‘America First ‘policy, knowing well  that China will occupy the space ceded by US.

In fact, America’s policy towards Cuba has been hijacked by some influential  Cuban Americans like Florida republican senator Marco Rubio and representative Mario Diaz-Balart who strongly advocate the hard line against Cuba regime. Interestingly, Marco Rubio is on the powerful senate select committee on intelligence which is investing Russian interference in 2016 elections. There are speculations in US media about a possible deal on this issue .A newspaper  from Miami  went to the extent of publishing  an sensational article having a headline ,”Did Rubio trade the integrity of US for a Cuba  policy shift from Trump ?” So reversing the US-Cuba policy is not just keeping a poll promise by Trump but in fact, must also be seen in the context  of Trump’s efforts to  improve his political credentials  in US.

However, with communism on decline throughout the world and the winds of change in Cuba, it suggests an early end to the embargo. There is also a window of opportunity coming very soon for President Trump who personally wanted to establish a hotel and a golf course in Havana before the elections, when Raul Castro retires in early 2018 as promised by him. Meanwhile, Americans can wait a bit more for the free flowing supply of their favourite Havana cigars... 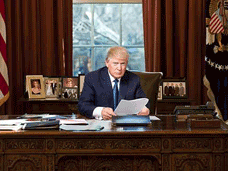