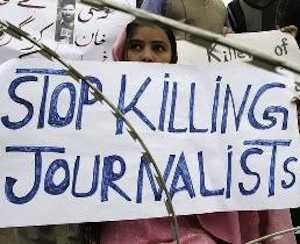 I recall William Wordsworth, saying: "Fill your paper with the breathings of your heart." Alas, if you do it today, maybe, you are not there tomorrow! This is particularly true of a journalist whose so-called 'mighty' pen attempts giving a stroke with every successive beat of his heart. Reporting truthfully, exposing the  purveyors of corruption, goons, exploiters, black sheep, traders of public loot, professional killers, especially when gun-toting criminals take the field and are on the watch at the behest of their political benefactors, is not the easy thing to do these days. 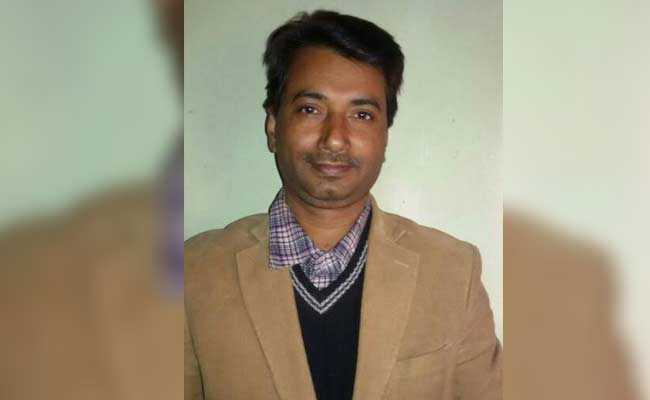 Reliable, trustworthy reporting of events and the attendant caustic analyses as serialized follow-ups have now become an adventure too risky and life-threatening for journalists. A politician or a bureaucrat on the target of criminals gets immediate security. But a reporter, who is repeatedly manhandled, thrashed and even threatened with elimination of his or her family, hardly gets any respite against the baddies. In this situation, who will report against the high and mighty criminals, ranging from big politicos and business honchos operating from the shades, in conditions that offer death on a platter ? Yet, it speaks so high of the Indian journalists' indomitable spirit and boldness that despite the gruesome killing of 58 scribes during the last 22 years, fearless reporting is still in sight.

Rajdeo Ranjan, senior Bihar journalist, Siwan bureau chief of Hindi daily Hindustan, was shot point blank by criminals on Friday, a day after Indradev Yadav, a journalist working for a Hindi news channel in Jharkhand, was killed in Chatra. Ranjan had received several threats to his life for his constant writings against four-time RJD MP and two-time MLA Md Shahabuddin, currently serving life-term in Siwan Jail in a double-murder case. Ten years ago, Ranjan was even threatened with death at gunpoint if he did not stop writing against this influential cog in the RJD set-up. Siwan is the stronghold of Shahabuddin, who is still considered wielding unbelievable influence in the area despite his long incarceration.

During 2004 elections, which Shahabuddin contested from jail, his opponents were intimidated with grave consequences if they chose to do serious campaigning against him. Soon after the election, which he won by a huge margin, nine party workers of his nearest rival, Om Prakash Yadav of JD(U), were found murdered. Even this didn't move RJD supremo Lalu Yadav to expel him from the party, for he wanted just a winner, no matter if he happened to be a convict. And the leaders of Lalu's ilk are too many on the present political horizon to be named. The Bihar election earlier this year has further emboldened Lalu's love for those in the party who win every time they contest despite their bad names. And when CM Nitish Kumar insists that “Jungle Raj” talk for Bihar is a “political nonsense” created by the saffron party, he sounds hollow and politically abrasive. He must also answer why the journalist has been killed brutally on the street, why the JD(U) MLC Manorama, mother of the road-rage killer Rocky Yadav and excise law violator, is still absconding and why two jawans have been shot at. Similarly, Jharkhand CM Raghubar Das too owes an explanation.

The brutal killing of a young journalist T K Acharyain in May 2014 for his reporting on child labour and other illegal practices in factories in the Orissa town of Bikrampur of Ganjam district, had shaken the conscience of many, but his sacrifice did have no effect on this rampant evil. Acharya, who  worked for a regional news channel and contributed regularly for Oriya newspaper Dainik Sangbad, was stabbed to death by hired goons on the road. There have been dozens of such murders where the crimes were perpetrated to cause fear among journalists against exposing the evil deeds of greedy politicians, officials and business people. Among many, journos like Bakshi Tirath Singh, Shivani Bhatnagar, Irfan Hussain, Rajesh Verma, Rakesh Sharma, Narendra Dabholkar, Rajesh Mishra, Umesh Rajput, V P Singh, Vikas Ranjan, Javed Ahmed Mir, N. A. Lalruhlu , Adhir Rai, V Selvarkar, T B Singh, Sai Reddy, M. V. N. Shankar, Jagendra Singh, Sandeep Kothari and Hemant Yadav figure prominently who died fighting for justice and restoration of some order in society.

India has been rated among the three most dangerous countries for newspersons in 2015, with nine correspondents losing their lives during the year. According to Media watchdog, "Reporters Without Borders", these deaths confirmed “India’s position as Asia’s deadliest country for media personnel, ahead of Pakistan and Afghanistan.” For exposing evil and speaking up for the commoners, many journalists had to play with their lives. The country witnessed the killing of 11 journalists in 2013 and many more in 2014. In all these cases, motives--all against strong, non-vindictive reporting by journalists--were established.

Thus, our democratic India, having a vibrant independent media that stands firm to expose every wrong-doer, remains a dangerous place for journalists who regularly face harassment, intimidation and even death. Those working in smaller places and rural areas, especially the ones operating as freelancers, face greater risks. It's a pity that freelance scribes neither have job security, nor fixed income, neither viable communication networks nor support from the media houses they write for. It's in sharp contrast with the situation in urban centres, especially the metropolitan cities, where journalist remain comparatively more secure, even though threats exist there too.

National Human Rights Commission advocates a special law to safeguard the working journalists on duty across the country. There is need to combat the culture of impunity that persists in the country in the absence of a significant, noticeable action by authorities to check the slide. If only our more sensible lawmakers, who always remain in majority in each Parliament, could resolve that no politician with criminal background would be allowed to find place in the country's legislatures, under suitable constitutional amendment, situation would substantially improve. Even petty criminals attain stature and credibility when self-serving, aberrant politicians start using them to gain unbridled power for themselves. That is how even democratic nations become markedly anti-people and brutal. If more than one-third of our lawmakers with criminal antecedents sit in our legislatures today, that speaks poorly of our 'vibrant democracy.’ Why cannot we make it really vibrant and people-friendly by writing off powerful criminals and politicians indulging in criminal activities? 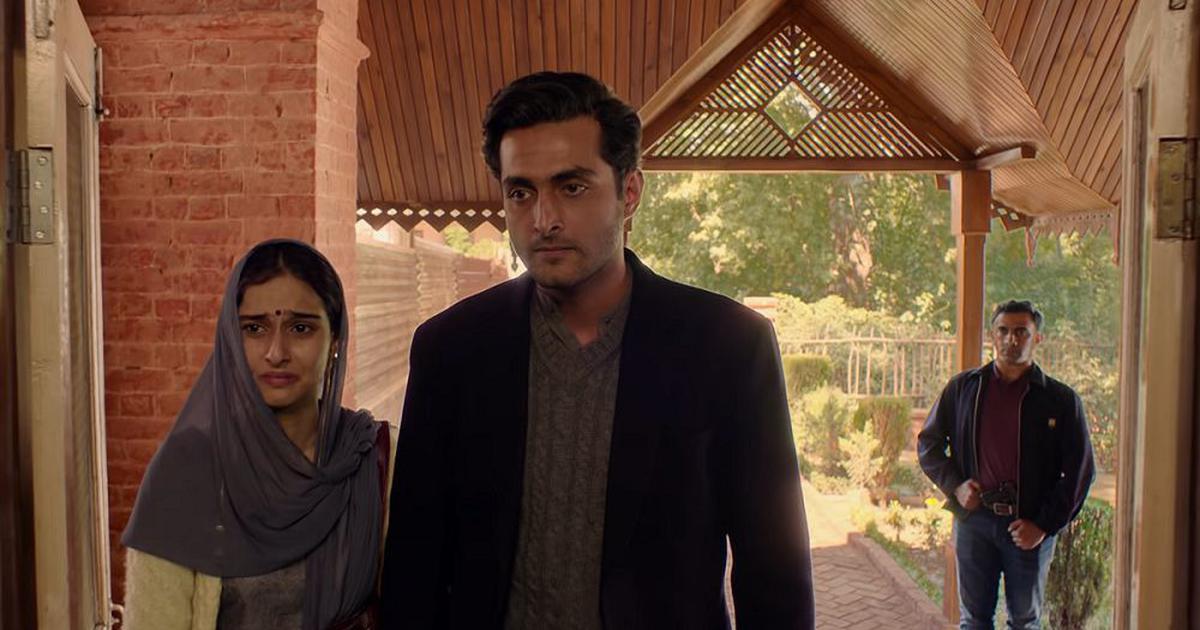